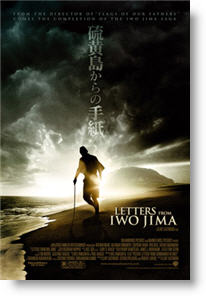 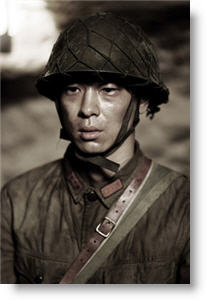 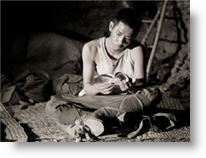 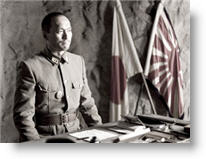 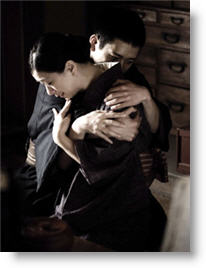 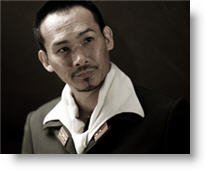 Simply put, Clint Eastwood’s “Letters from Iwo Jima” is a masterpiece. Not a “Clint Eastwood” masterpiece, or a “War Movie” masterpiece, but a heartfelt, artistically masterful look at humanity that outshines just about every movie that has come from Hollywood in at least the last decade. With “Letters from Iwo Jima”, Eastwood has completed the two part Iwo Jima saga he began with “Flags of our Fathers”. That film followed three American soldiers who fought in Iwo Jima and played a part in the historic flag raising on Mount Suribachi.

“Letters from Iwo Jima” takes us to the other side, the “enemy’s” side so to speak and puts us in camp with Japanese soldiers readying for the impending battle. General Tadamichi Kuribayashi (incredibly played by Ken Watanabe) takes a hands on approach in preparing his troops, most of whom are malnourished and sick from the local water supply. While the General is expecting more Japanese troops from the mainland to come and assist, he understands that the American forces will outnumber his men, so he has his men dig out a series of winding tunnels and bunkers deep into the heart of Mount Suribachi. They prepare themselves for the onslaught they know is coming from the American fleet, but they have no real way of knowing when the attack will come. The men are tired, hungry, and in some cases afraid, but they wait for the battle that most believe will be their last.

The Japanese soldiers are portrayed in a way unusual for most Hollywood films. Most movies based on wars consist of the good guys and the bad guys, and normally we only see the bad guys while they are hiding in the grass, or on a hill, or jumping out from behind something to attack the American heroes. The “enemy” is rarely seen for long periods of time, and is certainly rarely given the chance to show their side, and prove that they may be fighting for the exact same things. Clint Eastwood portrays the Japanese soldiers as humans—decent hearted young men who are fighting for the country they love, mostly because they don’t have a choice. It isn’t a war they support necessarily, but they are men that have had a love of country so instilled in them, that they are proud to answer the call no matter the cause. They are fathers, brothers, husbands, and sons who all dream about what life will be like once the war is over, if they ever get off the island alive.

“Letters from Iwo Jima” should be required viewing for anyone over the age of 17. The film is violent, without a doubt. We see war up close, and what war does to people who can’t take it anymore, and would rather die with honor than be killed by the enemy. There are scenes of suicides in this movie that will haunt you and make you cringe at the same time. Other violent deaths are witnessed throughout the film. There is very little language. The film is subtitled, so you can’t hear the profanity, but I believe there were about three “S” words. There is no sexual content to speak of in the film. It is the violence that some may have a problem with, but the violence isn’t over the top or dramatized. It is heartbreakingly real and sticks with you long after the film is over.

Just about every aspect of “Letters from Iwo Jima” is near perfection. The acting is stunning, and done mostly by performers American audiences have never seen. Clint Eastwood’s direction is subtle, restrained, yet assured. He is a master who knows what he is doing, but takes his time to do it right. The soundtrack is inspiring and haunting in the same note, and I’d be lying if I said it has left my head since seeing the movie.

But what makes “Letters” a modern masterpiece is its honesty and sincerity in showing soldiers from both sides of the lines as members of the same human race. Eastwood shows men that would very possibly have been friends had they met on a street or in a school, but are forced to hate one another because the country that they love so much tells them to. The men and women who do the fighting don’t always agree with what they are fighting for, but they do it out of duty, and try to visualize the opposing forces as monsters to make the fighting easier. Eastwood refuses to demonize either side in his two films, and seems to suggest that history do the same. I would recommend this movie to anyone who can stomach the realistic violence. This is not a war movie, mind you. It is an intimate look at the lives and hopes and fears of young men fighting a war that we the viewers know from the beginning will be their last. It is truly an unforgettable experience, and one you owe yourself to see.

Positive
Positive—…This film, the counterpoint to Eastwood’s “Flags of our Fathers” accurately portrays the violent realities of war, humanizing both sides, but not sparing the evil done by militarists within Japan. The lead actors are superb. The film flows better that Flags does. …They say that American viewers don’t like to read subtitles, but it may also be that wartime Americans are wary of identifying with the “enemy” as human. …
My Ratings: Good / 4½

Stan Hirtle, age 62
Negative
Negative—The purpose of the film is noble: To try to reconcile America with the Japanese soldiers of World War II by trying to help us understand them and by showing us some of their humanity, albeit false humanity… The purpose of the film is in line with Jesus” teaching to “love our enemies.” However, the means to attain this purpose is out of line. The movie falsely portrays Japanese soldiers as cute and fuzzy nice hobbit-like people who are somehow worth worthy of our sympathy and admiration…

We cannot truly forgive the enemy unless we know the real sins of the enemy—in all its ugliness… Japanese soldiers butchered over 30 million innocent men, women, children, and babies in the most horrific and sadistic ways imaginable… …In reality, those Japanese soldiers in “Letters of Iwo Jima” were pure evil—more evil than Charles Manson—American people can only forgive if they see the entire sin of the enemy—This film whitewashes the Japanese soldier, and so it breeds false reconciliation with the him…
My Ratings: Moral rating: Extremely Offensive / Moviemaking quality: none

Jeremy, age 41 (USA)
Comments from young people
Positive—This is a very good movie. The movie showed The battle on Iwo Jima from the Japanese stand point and showed how they really felt. At first, it seems like Clint Eastwood might have been anti-American in the beginning, but, in the end, he showed men on both sides were both good and bad. The language in the movie was very minimal, no misuses of God or Jesus' name only several D@#$’s and S*%#’s. The movie also had no sex whatsoever. If you can stomach the violence, which is sometimes graphic, this is a great movie. You should see it!
My Ratings: Moral rating: Better than Average / Moviemaking quality: 5

Brett Howard, age 14
Positive—This was a great film. It was better than the slightly inconsistent and jumbled “Flags of Our Fathers” was but not quite the masterpiece as the unrivaled “Saving Private Ryan” either. It definitely has an insightful view and is a very entertaining movie, but just like Flags of Our Fathers it doesn’t pull on your heartstrings like “Saving Private Ryan” did. Overall, you should definitely watch this film.
My Ratings: Better than Average / 4½