for thematic elements including some peril and brief incidental smoking 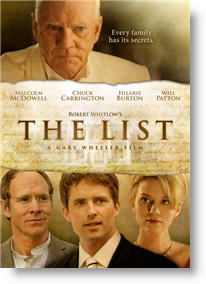 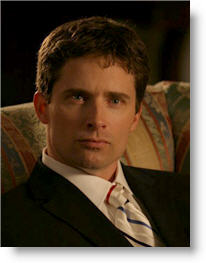 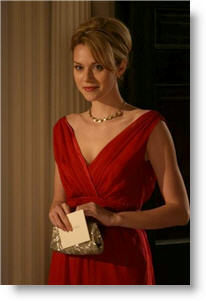 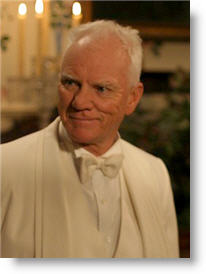 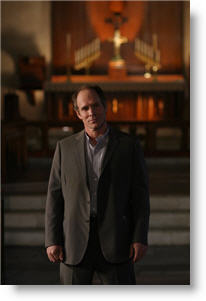 How can I know what is right from wrong? Answer

Hypocrisy in the Church—“I would never be a Christian; they’re a bunch of hypocrites.”

Discover God’s promise for all people—told beautifully and clearly from the beginning. Discover The HOPE! Watch it on Christian Answers—full-length motion picture.
Other films by this director 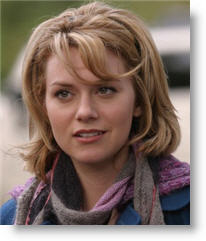 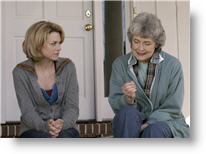 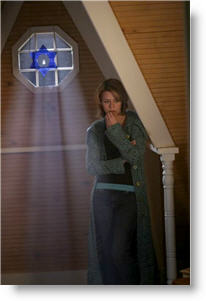 “In a world of secrets, where evil has reigned for over a hundred years, the power of an ancient covenant will change the life of one man forever.”

Here’s what the distributor says about their film: “After the battle of Gettysburg, a small group of South Carolina plantation owners realize that the fall of the Confederacy is inevitable. Coming together on a stormy night at the Rice Planter’s Inn in Georgetown, S.C., they formulated a desperate plan to smuggle gold and silver to safe havens in Europe. Out of this meeting is born a secret society known as The Covenant List of South Carolina, Ltd. One man opposes them. Discerning an evil seed in The List, a weather-beaten prophet tries to warn his friends and neighbors. Ignored, he predicts that one of his descendants will call down the judgment of Almighty God on the wicked plans of greedy men. The List succeeds. Decades pass. The respective interests of each family are passed through the generations from father to son. The amount of money now under control of The List is enormous. It remains secret; it grows more sinister. The prophecy lies dormant.

Renny Jacobson, a young Charlotte lawyer, learns that his father has suddenly died. Returning home to Charleston, Renny is shocked to discovery that his father bequeathed his significant estate to charity, only leaving Renny an interest in an unknown, obscure entity—The Covenant List of South Carolina, Ltd. Renny is contacted by The List. Along with a beautiful young woman named Jo Johnston. Renny is caught in a web of intrigue, deception, greed and spiritual warfare that reaches from the steamy coasts of South Carolina to the secret vaults of Swiss banks.” See official movie site for trailer and more information.

“The List” is an earnest attempt to adapt a work of Christian Fiction to the big screen and provide serviceable cinematic entertainment for Christian audiences longing for films with positive portrayals of faith. Nothing would please me more than to say it is every bit as good a major studio release, especially since I have little doubt that it’s earnestness and modest production values will cause some to dismiss it. Others, I’m sure, will allow their enthusiasm for the idea of a film by Christians and for Christians to blind them to the film’s shortcomings. An honest appraisal of the film will probably fall somewhere between these two poles.

Based on the novel by Robert Whitlow, “The List” is a cross between a John Grisham thriller and an early Frank Peretti allegory. The main character is Renny Jacobsen (Chuck Carrington), who learns upon his father’s death that he has inherited a portion of the “Covenant List of South Carolina”—a collection of assets pooled from and invested for various confederate families and their descendants in the wake of their civil war defeat. Renny is given ample clues that not everything involving the list is what it appears—he has to give his bloody thumbprint as a seal to his membership—but the prospect of immense wealth keeps him from simply dismissing the other members as kooks and getting back to work, even when they deny his budding love interest, Jo (Hilarie Burton) her share of the inheritance simply because she is a woman.

Stacked up against a commercial studio release, “The List” falls short in terms of production values and technical competence. Even a relatively simple visual scene, such as the conversation between Renny and Mama A evidences a lack of facility with basic elements of film editing such as continuity of perspective and camera angle. Remy’s office looks not like a busy law firm but an empty one used as a film set, and exteriors are often shot with the tight framing characteristic of small budget, independent films that can’t shut down locations to the public or orchestrate lots of extras. The plot lurches in points, with the romantic storyline, family history, and suspense storyline not being integrated particularly well and mostly being unraveled through the sorts of expository dialogue that can work in a book but tends to make film audiences restless.

Will the target audience care? Probably not. If Christian fiction (or Christian film) is understood as primarily a marketing descriptor, then “The List” holds up against other entries in the genre. Its messages are pretty ecumenical—prayer is good and has the power to deliver you from evil; relationships are more important than money; stifling the voice of conscience is a spiritually risky proposition—and there is at least an attempt to gild them onto the plot rather than simply present them at the end as object lessons. The acting is also above average for the genre, with Carrington and Burton both making the best out of roles that give them plenty of back story but not much personality.

Positive—From the producer of the acclaimed film “Final Solution,” in his first feature directorial debut, Gary Wheeler had assembled a cast of great actors, Malcolm McDowell (“Clock Work Orange,” “Halloween”), Pat Hingle (“Batman,” “Road To Redemption”), Will Patton (“Armageddon,” “Spitfire Grill”), and television’s stars, Chuck Carrington (“JAG”) and Hilarie Burton (“One Tree Hill”). However, the above review said just about everything I wanted to said. The positive message from my viewing was that “The List” portrayed the power of prayers and with God, there are no magic or sorcery greater than Him. A quick note off topic, I have the opportunity to have met Gary Wheeler at the first Asheville Film Festival in 2003 where he was on hand for the powerful and engrossing film “Final Solution.” If you like “The List,” look for his other works.
My Ratings: Average / 2½

Mang Yang, age 35
Positive—One of the best movies I have ever seen! Refreshing not to listen to foul language, etc. in a movie. I also took my 7 and 12 year old children. They didn’t understand the concept of the movie. Movie is aimed more for adults.
My Ratings: Excellent! / 5

Mary, age 44
Positive—This film is one of the best-produced (if not the best) films of faith to come out in recent years. The acting was outstanding; the script was well-written and the photography was beautiful. In our area, it has gotten great reviews and was sold out all weekend long. I saw it in a packed theater that was full of both believers and non-believers who all seemed to have a great time. There was constant laughter and lots of tears.
A great film about the power of prayer.
My Ratings: Moral rating: Excellent! / Moviemaking quality: 4½

Gene
Positive—I am a Robert Whitlow fan, however, when I found out that they made a movie based on the book “The List” I was hesitant. Sometimes adaptions can be better than the book (the Prestige), or worse (A Royal Scandal) or so different that you can’t really tell if it’s the same story (The Visitation).

The List falls in the second category. A young attorney discovers his deceased, but very wealthy father left him nothing except a share in a group called The List. They are a band of rich Southern gentlemen who have created almost a cult and soon our young attorney gets more than he bargained for.

While entertaining at times, it has a made-for-TV feel because of it’s slow pace. I did enjoy the Southern backgrounds and the camera work was amazing. The film is totally clean with only a few violent scenes that are tastefully done. I disagree with some of the other viewers that say the “redemption” scene is watered down. I personally thought it was very powerful. The discussion on the power of God was very good to hear.

To sum up, it is a movie worth watching to see the good acting and a good story, but choose it for a rainy day.
My Ratings: Moral rating: Good / Moviemaking quality: 3½