for strong violence/gore, terror and language 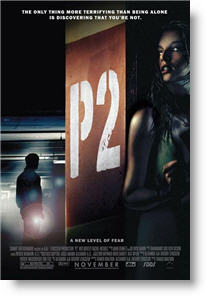 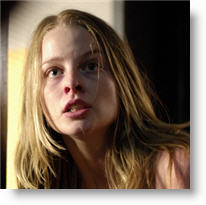 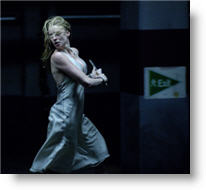 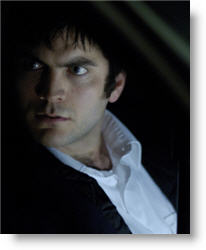 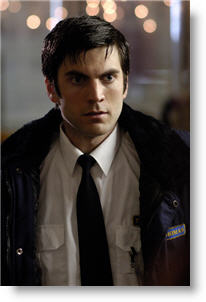 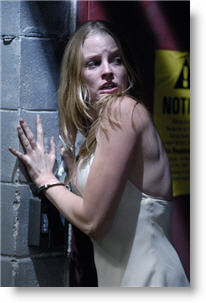 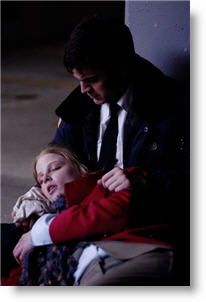 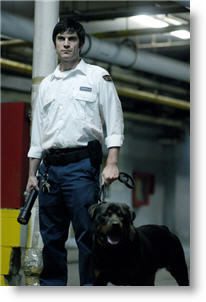 “The only thing more terrifying than being alone is discovering that you’re not.”

“P2” opens with the main character, Angela, working late on Christmas Eve. She has to hurry, because her family is waiting on her to make it in time for dinner. As she attempts to start her car, she finds it will not. After several failed attempts, she decides to find the parking attendant (Tom—Wes Bentley of “American Beauty”). Little does she know, he already has plans for her…

For quite some time, Tom has been watching Angela over the security cameras in her office building. At an office party, a married co-worker of Angela’s attempts to make a pass at her, but she refused. This, too, Tom saw—and decided he must take revenge. This is the first really graphic scene we get the “pleasure” of viewing. I won’t go into detail, but it leaves nothing to the imagination, and it is very disturbing to watch. As the film unfolds, Tom ends up killing two individuals and appears to be trying to kill Angela as well.

I won’t give away the ending, or any real details, but I will say that this movie is not only pointless, but as Solomon put it, “…nothing new under the sun.” “P2” is simply many other violent movies repackaged, with different methods of murder.

One element that really bothered me was Tom’s attitude about vengeance. Tom saw Angela’s co-worker’s attempts at flirtation and felt he had to take revenge. First, God tells us that “vengeance is mine… it is mine to repay,” and we are also told in Scripture that we are to “leave room for God’s wrath.” Tom took it upon himself to give out this man’s punishment. It was very hard to watch, but it was a good illustration, to me, why it is so important to not hold on to anger and vengeance within our hearts. It can overpower us. What’s more, in his vengeance, he displayed total disregard for human life. This is such a trend in films today, especially of this genre. Tom, also, had a pet dog he deeply loved. Towards the end, Angela does kill it. Tom becomes outraged over his dog, yet finds justification in murdering innocent people. This disturbed me very much.

Another element that bothered me was the mild, but obvious, sexuality included. Angela wears a VERY revealing dress for half of the movie, and, in one scene, Tom caresses her in a very sexual manner. Both of these things were totally unnecessary and added NOTHING of value to this film.

My advice, overall, do not waste your time or money on this film. It is very dark, and we are told in Scripture that whatever is pure, lovely, admirable, etc.—think on such things. This movie is NONE of those things.

Negative—This movie was a waste of time. The acting was lame at best. The story line was not what I expected. Unfortunately, I cannot give this movie anything good. The type of gore was too much for me. I had to turn away a few times. I wished somebody had seen this and sent their comments in so I could have saved my money. Very disappointed. The woman in this movie wore very revealing clothing while being pursued by this sicko parking lot attendant. The language was laced with multiple uses of the f-word and other various offensive swear words. Do yourself a favor and go see something else.
My Ratings: Extremely Offensive / 1½

Allan Hunt, age 40
Movie Critics
…an idiot movie… Everything depends on the people involved doing all the wrong things just to keep what passes as a plot churning along between the splatters of violence. …

Rick Bentley, McClatchy Newspapers
…Parking garage thriller could use a jump start… a pointless thriller in which Bentley plays an irony-free stalker given to lines like ‘Love is supposed to be intense.’ …the majority of his chase and fight scenes are so artlessly staged that they render suspense moot. …

Jason McBride, Globe and Mail
…There are a dozen, maybe two dozen, movies in current release that I would recommend over ‘P2.’ Maybe four dozen. Maybe three dozen. …