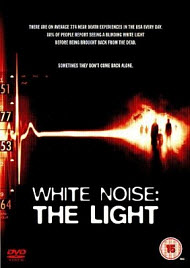 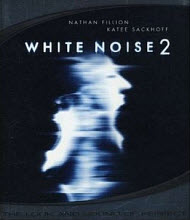 Who is the being of light encountered in near-death experiences? Answer

How did death and other bad things originate? Answer

Reincarnation: Does the Bible allow for this possibility? Answer

What is the occult? Answer

Am I good enough to get to Heaven? Answer

“Sometimes they don’t come back alone.”

Here’s what the distributor says about their film: “After the murder of his family, a suicidal man is brought back from the brink of death only to discover he can now “see” those among us who are about to die. He tries to save people from their fate, but soon discovers there is a price to pay for meddling with the natural order of life and death.

“White Noise: The Light” takes EVP, the phenomena that captivated audiences in the original movie, to the next level with Near Death Experience (NDE): eight out of ten people who have had an NDE report seeing the white light. As Abe Dale (Nathan Fillion) will discover, once you have seen the white light, there is no turning back.”

See our review of the PREQUEL to this movie: White Noise (2005)

Volunteer reviewer needed for this movie—Request this assignment