for intense sequences of violence and action. 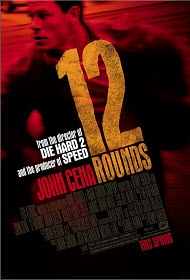 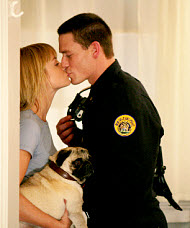 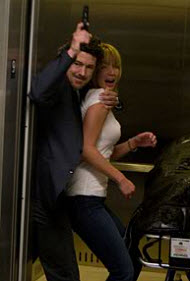 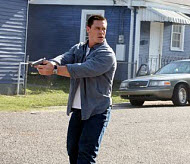 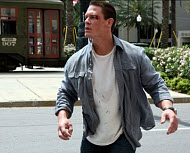 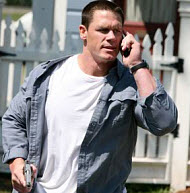 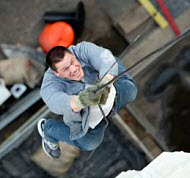 “From the director ‘Die Hard 2’ and the producer of ‘Speed’”

“12 Rounds” offers 2 hours of fun and adrenaline! John Cena plays Detective John Fisher who is on a race against time to save the love of his life from an ex con who has a score to settle. While jumping through hoops to ensure his girlfriend’s safety, Fisher encounters numerous challenges and performs amazing feats.

I’m sure there will be viewers who complain that “12 Rounds” is the same old story, just rewritten, and though it’s true this movie is fairly predictable and totally implausible, that didn’t detract from its enjoyment factor for me at all.

Rated PG-13 for language and violence, this film does have a couple dozen swear words (though no “F” words thankfully) and displays several scenes where killing/death occur, including a graphic car accident. There is no sex or nudity in this film, though an unmarried couple is shown living together.

This film doesn’t offer many major moral issues (other than not to get involved in a life of crime!), but it was refreshing to see Fisher fight for what he loved. Best suited for teens and adults, “12 Rounds” is an action packed, feel-good movie that left the audience clapping at the end.

Comments below:
Positive
Positive—I enjoyed this movie. It starts off pretty weak, and I considered walking out of it, but I’m glad I stayed for it.

The acting is sub-par, and sometimes the stunts weren’t believable, but I was impressed with the storyline. With most movies I watch the storyline loses me at least once because of plot inconsistencies etc. Not this one. I found the story flowed really well and it was a great plot—a very enjoyable story.

From a moral standpoint, nothing especially offensive stood out to me. There wasn’t an much swearing that I can remember (I saw the movie a while ago), and the violence wasn’t “in your face'”
My Ratings: Moral rating: Average / Moviemaking quality: 3½

Bethany, age 19 (Australia)
Positive—If you go into this film not expecting much out of it, you will be pleasantly surprised. It’s a decent action thriller with good twists and an intelligent plot. True, it is not original (it reminded me a great deal of “Die Hard With a Vengeance,” only with a much smaller budget and without the slew of ear-burning obscenities), but it is FUN. Mind games. Runaway trams. Hair-raising rescues. The villain constantly three steps ahead of the police. The group I was with all enjoyed it. Our only complaint is the ghastly filming style, which detracts from the visual aspect of the film and makes it difficult to see what is happening during various action sequences. It might even make you a little motion sick.

There are a handful of harsh abuses of deity, but I was pleased with how clean the film was. The violence is not overly graphic and there’s no sexual content. If you enjoyed “Speed,” or any of the “Die Hard” films, you’ll love this one!
My Ratings: Moral rating: Better than Average / Moviemaking quality: 4

Charity Bishop, age 25 (USA)
Neutral
Neutral—This movie was one of the better ones that I have watched this year. The artistic quality was believable (most of the time), and there were no suggestive, or sexual scenes. There were a few bad words, which was a turn off, but overall it was an enjoyable movie.

I think the one drawback I had with the movie was that the story plot was almost unbelievable. The first thing that struck me as “unbelievable” was that a police officer could run through town …through buildings, and over fences, and keep up with a bad guy in a car, driving at high speeds. And not only that, but able to get ahead of them long enough to push a boat out in front of them and successfully stop them. And then there was the whole plot about how this same “bad guy,” would couldn’t even escape a police officer chasing him on foot, could escape from prison one year later, and proceed to cause all the destruction that he did (I left out many details so if you haven’t watched it yet, you will still be surprised).

Anyway, besides all that, it is still worth watching. I would suggest the adults watch it first so you know where to turn the volume down. This way, your little ones ears won’t burn when a few of the bad words start flying.
My Ratings: Moral rating: Better than Average / Moviemaking quality: 4

Evangelist Paul Dodson, age 50 (USA)
Negative
Negative—While “12 Rounds” isn’t highly offensive--it doesn’t have too much violence or language--it suffers from being dry. The script is lame and the whole premise is, well I just didn’t feel it. The previews made this film out to be a game film, I mean that a cop gets a bad guy angry, but the bad guy is a genius and devises a tricky plan to exact revenge. “12 Round” is NOT that film. Each round isn’t really a round. Things happen and the bad guy calls and says "Round over, now for the next round…" I just didn’t understand the concept.

The promos and especially the DVD cover say something close to: “He has to solve 12 nearly impossible tasks” When? There is no thinking involved. It all begins when the prison escapee calls John Cena and says “your house will blow up in 10 seconds” (or something much like that). The house, of course, blows up and the guy calls back: “End of round 1.” What??? And the whole movie is like that.

John Cena runs around, yells a lot and shows off his big muscles and then the movie ends. Do not waste your time with this film. The plot it proposes is a lie, that’s not how the film goes down, the writing stinks and so does the acting. I wish I could get my life back sometimes.
My Ratings: Moral rating: Average / Moviemaking quality: 1½

Benjamin Badger, age 18 (USA)
Comments from young people
Positive—Billed as an action film, box office blockbuster “Taken” appears to be pleasing audiences. However, its dark, hopeless message, with an anarchist distrust of the US government, with an extra helping of brutal violence, brings it way beyond the bounds of a normal action adventure. After its release, I wondered if this same dumb message would continue to appear in future action films. Luckily, not completely. “12 Rounds” is the action-genre at its best. In fact, while the film might not be a box office champion, it made me quite excited—the story is Daniel Kunka’s debut work, and it is excellent. With such a talented new person on the Hollywood scene, I’m predicting some more fantastic adventures.

Robert Harlin (“Cliffhanger,” “Die Hard 2,” “Cutthroat Island”), despite suffering a long string of box office trouble, has made the best of the wonderful story, along with brilliant producer Mark Gordon (“Speed,” “Saving Private Ryan”). It not only has good action and suitable music, it challenges the idea that a rogue agent is the only successful kind. The film’s protagonist (musician John Cena, played with all the right notes) is an in-depth, conflicted, descent police officer who learns to control his rebellious streak. In fact, the film’s moral of trust is shown in various captivating ways through every character (two special agents, two cops, and a nurse).

The story hangs together well, as a criminal mastermind (Tony-nominated Aiden Gillen) demanding vengeance kidnaps successful New Orleans cop Danny Fisher (Cena)’s girlfriend (Ashley Scott of “Into the Blue”). Then, the crook challenges Fisher to a game, with various psychological or (more often) destructive missions (such as defusing a bomb that could blow up an inhabited skyscraper). The plot might sound unoriginal and simple, but Kunka, Gordon, and Harlin have a few plot twists up their sleeves that makes this way more riveting than I expected.

The camera movements are a bit shaky and quick, which is annoying, but the action and carnage are entertaining (not brutal and disturbing like Taken’s). Also notable is an incredible performance by Steve Harris (“The Rock,” “Tyler Perry’s Diary of a Mad Black Woman,” “Minority Report”) as a conflicted, violent, seemingly ruthless CIA team leader. The amount of affects Harris conveys on screen comes across through a very commanding presence he projects, reminiscent of legends Jack Nicholson and Johnny Depp.

All in all, “12 Rounds” is an action film to remember, and one of the year’s best—I hope it starts a larger trend, because this should be the kind of project future films should aspire to become. Violence: Moderate Language: Moderate Sex/Nudity: Minor Drugs: None
My Ratings: Moral rating: Better than Average / Moviemaking quality: 4½