for mature thematic material involving sexual content, and for smoking. 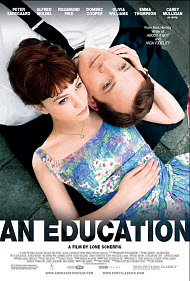 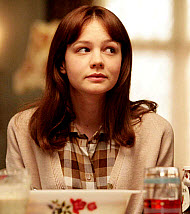 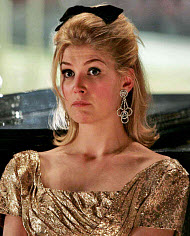 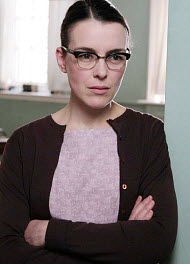 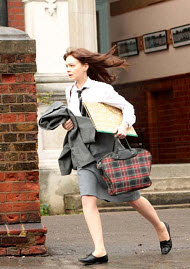 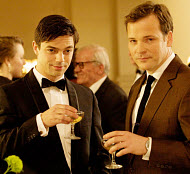 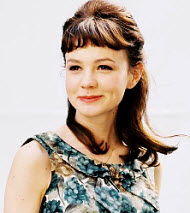 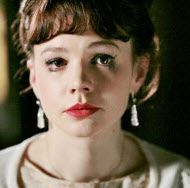 This movie is based on a memoir by Lynn Barber that appeared in the literary magazine Granta.

“An Education” follows the story of Jenny (Carey Mulligan), an intelligent and ambitious 16-year old girl, who is coming-of-age in 1960’s England. Jenny’s parents only want the best for their daughter, and they believe that an Oxford education will give her a better life than their own. Jenny and her parent’s goal of Oxford is soon turned upside down when David (Peter Sarsgaard), a much older man, becomes Jenny’s suitor. The successful, charming, and cultured David quickly wins Jenny’s parents approval with his deceitful yet captivating ways. Jenny’s parents lose sight of their goals for their daughter’s future, as they place their trust in David’s ability to provide an affluent and cultured lifestyle for her. After David introduces Jenny to the glamorous world of classical music, arts, fine dining, and trips to Paris, her dreams of pursuing higher education at Oxford fade away, as she gives into this much older man’s cunning charms.

I found the relationship between Jenny and David inappropriate and disturbing. David, who is at least 20-years Jenny’s senior, cons his way into this impressionable girl and her naïve parents’ lives and hearts. Deceit is a major theme throughout this film. David manipulates Jenny’s parents into letting him court their young daughter and gains their trust through his lies. David lies to Jenny’s parents about having personal connections to important and prestigious people at Oxford, so that her parents will allow him to take Jenny away for a weekend visit to Oxford.

During their weekend visit, David uses his charms and money to sexually exploit Jenny. They share a hotel room at Oxford, where Jenny wears a skimpy nightgown, and he asks to see her chest, and Jenny allows him to do so. (No frontal nudity is shown, but a shot of her bare back as she pulls her nightgown down is seen.) Later in the film, David takes Jenny on an extravagant trip to Paris for her seventeenth birthday. David sleeps with Jenny during this trip, and several awkward and inappropriate discussions about sex take place. David and Jenny kiss in several scenes. Jenny is shown in skimpy clothing, and David is shown shirtless in several scenes. This film perpetuates the world’s mainstream ideals regarding premarital sex; Jenny excitedly discusses her plans to sleep with a man on her seventeenth birthday with her young female schoolmates.

David and his business partner’s source of income is also dishonest. In one scene, we see David and his business partner stealing fine artwork from an open-house so they can resell it. When Jenny disapproves of David’s actions, he tells her he’s “liberating the artwork,” because the old woman, who they stole it from, did not know its value, and it would just sit in her house.

Underage smoking and drinking are pervasive. Jenny, David, and David’s friends smoke and drink throughout the film. Jenny also gives her teenage schoolmates expensive Russian cigarettes that David bought her.

This film is relatively free of profanities, but the Lord’s name is profaned more than 6 times, and several derogatory terms for Jewish people and African blacks are used. Other harsh language such as fat, ugly, stupid, stuck-up cow, and the like are used.

Other objectionable content includes several shots of a nude man and woman featured in a painting at an art auction. (The woman is completely nude, but her chest is partially covered by her arm, and the man is covered by a small cloth draped over him). In another scene, a nude painting of a woman is seen hanging on the wall. (The nude woman is seen from behind, and her bare back and buttocks are shown.)

While much of “An Education”’s thematic content is inappropriate, this well-acted film has many valuable lessons to offer mature viewers. “An Education” explores issues of trust, deception, forgiveness, second chances, and Biblical discernment. This film gives parents a lot to think about regarding the kind of people they allow to come into their children’s lives, and whom they can and cannot trust. Even though, Jenny’s parents were good people, who wanted the best for her, they were deceived by David’s promises of a good life and were unable to see his ill intentions toward their daughter.

While Jenny’s parents could not see through David’s web of lies and deceit, Jenny’s teacher and the headmistress advised her against her relationship with this older man and encouraged her to keep her life on track. Her teacher reminds Jenny that she is a smart and clever girl with great potential and tells her that David is not the sort of man who is interested in “smart and clever” girls.

At the end of the film, the depth and extent of David’s deception is finally revealed, forcing Jenny and her parents to rebuild their lives together as they learn about forgiveness, discernment, and trust. As Jenny and her family re-exam what values are truly important to them, they grow to realize that the luxurious lifestyle that David offered Jenny was shallow and unfulfilling, and that the benefits of a good education are not bestowed upon a person, but earned through hard work and perseverance.

Jenny and her parents were lured away by David’s lies and promises of good things, in much the same way that Satan tries to lure us away with his lies and deceptions. David convinced Jenny that her life was mundane and ordinary before meeting him, and he convinced her parents that he could provide her with a life of opportunities that she would never be able to have without him.

This thought-provoking film gives viewers many things to reflect upon and serves as a cautionary tale for young adults and their parents, but I do NOT recommend that children or young teenagers watch this film, because of the mature thematic and sexual content. I would cautiously recommend “An Education” to a mature and discerning Christian audience, who is able to digest the moral lessons of trust, deception, forgiveness, and discernment that this film has to offer.

Neutral
Neutral—I thought I was going to have to write a scathingly negative comment about this movie, which focuses on a completely inappropriate relationship between a teenager and an older man who sweeps her away with his money and generosity, plus the pathetic way in which the parents enable this unseemly relationship, instead of fostering the much more normal relationship between Jennie and a lovely boy in her school. Fortunately, Jennie and her parents recognize their errors, and the movie ends on a note of humility and contrition. Does this ending make up for the immoral story that is 95% of the film? And what about such a sudden about-face? I am not sure this is good movie making. The performances, however, were all good.
My Ratings: Moral rating: Very Offensive / Moviemaking quality: 4

Halyna Barannik, age 63 (USA)
Neutral—“An Education” is well crafted and well acted, up to a point. The film looks terrific; the set design and the costumes capture pre-Beatles and pre-Carnaby Street London in all its drab coziness. This story about innocence under threat moves at a menacing but gripping pace until it suddenly accelerates, and careens off the road. The climactic scene in which Jenny discovers her older lover’s secrets is a howler; would a man of such subtle cunning make such an amateurish goof? And would the already seduced young woman throw away all her ill-gotten but rosy gains; and by now she knows they are ill-gotten; for a life she has already spurned?

I would hope she could and she would, but the film’s narrative changes course too fast and too furiously to make her conversion convincing. This film looks like it had a new ending tacked on after it was audience tested, or after the producers nixed a more realistic ending, or after some footage was lost. The actors look as if they’ve left one movie and walked into another. And the round-it-up voice-overs only make it worse.

Jenny loses many things before she makes progress in her life; the movie she inhabits makes a lot of progress but ultimately loses itself.
My Ratings: Moral rating: Offensive / Moviemaking quality: 2½

Mick LaSalle, San Francisco Chronicle
…romantic and wonderfully entertaining. … Carey Mulligan… makes the role luminous when it could have been sad or awkward. She has such lightness and grace, you’re pretty sure this is the birth of a star. … [4/4]

Roger Ebert, Chicago Sun-Times
…Some conservative viewers will likely be put off by the film’s unwillingness to be reflexively critical of the sexual relationship between the two principals—she is sixteen when they meet, and there is plenty of smoking and drinking. So the content and several of the situations are “R” rated by nature, even if the presentation of them is more PG-13. …

Kenneth R. Morefield
…This starlet’s performance is the best reason to see an otherwise jumbled adaptation of Lynn Barber’s memoir… Most insulting, though, is the way in which the climactic passages miraculously tidy up every frayed edge of Jenny’s life. …[2/5]

Keith Uhlich, Time Out New York
…teaches a vivid lesson in life, love… An Education does it right, sidestepping the clichés. Through stellar performances, clever writing and exquisite cinematography, the story is fresh and thoroughly captivating. …[3½/4]