for graphic violence, language including sexual references and some drug use. 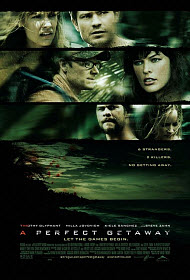 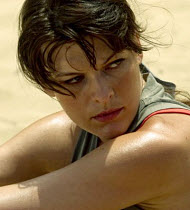 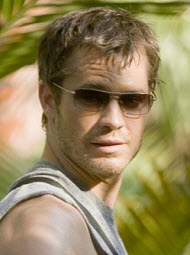 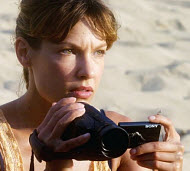 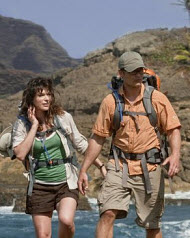 “6 strangers. 2 killers. No getting away. Let the games begin.”

Cliff and Sydney, Steve Zahn and Milla Jovovich respectively, travel to Hawaii for their honeymoon with hopes of hiking into the Hawaiian mountains for some adventure. The couple waste little time in encountering their first conflict on what is supposed to be a blissful honeymoon. Upon driving, Cliff and Sydney happen upon two hitchhikers, Cale and Cleo (Chris Hemsworth and Marley Shelton). Cliff experiences initial apprehension about offering the couple a ride, but, after seeing wedding photos of Cale and Cleo, relents and opens the car to the couple. Cale, obviously offended by Cliff’s initial apprehension, refuses and aggressively declines the ride, coercing Cleo to follow his lead.

After parting ways and beginning a hike into the mountains of Hawaii, Cliff and Sydney are informed by fellow tourist hikers of a double murder that occurred in Honolulu. With their unpleasant encounter with Cale and Cleo fresh in their minds, Cliff and Sydney become anxious that the killers are closer in proximity than comfortable, perhaps even on the same hiking trail. This suspicion intensifies when Cliff and Sydney meet Nick and Gina (Timothy Olyphant and Kiele Sanchez), a quirky couple also adventuring into the Hawaiian mountains.

The movie soon evolves into a classic who done it and a game of cat and mouse ensues. Both couples are suspicious of each other, and clues to the backgrounds of both couples shape the audiences views of the guilty murderers' true identities.

This film is graphically violent and contains strong profanity, including the Lord’s name. There is also partial nudity and outspoken sexual references.

The character of Nick (Olyphant) offers a comedic break from scenes of intense violence and drama. Olyphant stands out for his comedic timing and athleticism. The editing of the film is colorful and fast paced.

From a Christian perspective, the violence and the topic of murder is offensive. There is a moral battle in the film as to if one is entitled to murder another for their own gain. According to God’s Word, the answer is no. God clearly states His hatred of murder in His grief over murdered Abel and, also, upon making one of the Ten Commandments—“Thou shall not murder” (Exodus 20:13).

A primary theme in the film is that of judgment; the judgments people make about one another due to physical appearances and personality traits, as well as the role that surrounding circumstances play in influencing one’s judgments of a person or situation. All couples in the film judge one another—the recent murders a provocation to assume the worst about people. Jesus tells us not to judge lest we be judged. In the Sermon on the Mount, Jesus says “Why do you look at the splinter in your brother’s eye without first removing the plank from your own?” (Matt. 7:3). However, the argument can be made that judgment is necessary in the pursuit of wisdom and safety in such extreme circumstances. With a mature audience this struggle can be discussed and God’s Word observed.

Overall, this film is suspenseful and entertaining, but the content is not suitable for a younger audience. It is up to the mature discerner if the content of the film is worth the vulgarity it enlists to illustrate the plot.

Positive
Positive—Well, although I usually avoid “R” rated movies I gave it a shot because I like the main actors. If only some of these films could be edited. This was an excellent and suspenseful movie. I had no clue—this film is well done and keeps you guessing—excellent action and humor and filming—beautiful Cinematography. Milla was fantastic.

Unfortunately, the language was hard to get through. This film was so entertainingly good—that it just did not need, nor warrant any of the foul language. Thankfully there was no sexual contact—just a side view of a naked woman—her private parts are not seen. Again, a bathing suit would have done nicely, and would not have detracted from the suspensefulness of this story.

A side note: my daughter will not watch—tempted because she is a fan of Milla, but has decided against it. My wife will not watch “R” and is wary of any PG-13 movies—burned too many times. So that’s it.
My Ratings: Moral rating: Very Offensive / Moviemaking quality: 4½

Jake, age 57 (USA)
Positive—I watched this movie with a clearplay filter. To the person who said it was too bad that it couldn’t be filtered, it can! I rated this movie as offensive because I know that it had parts that were filtered, but since I didn’t see those parts, I don’t know what they were. I highly recommend getting a Clearplay DVD player. This movie was great watching it that way. The photography and scenery were jawdropping, and I watched it on a 19 inch TV. It was entertaining, it keeps you guessing, and I am watching it again to see if I can figure some things out.
My Ratings: Moral rating: Offensive / Moviemaking quality: 5