for sexual content including references, some crude material and language. 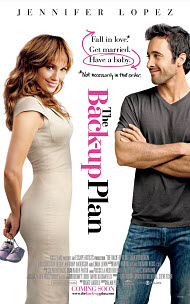 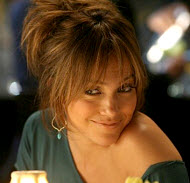 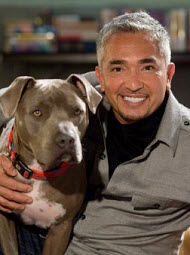 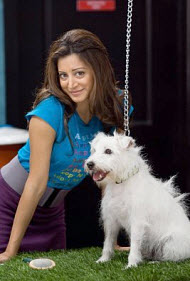 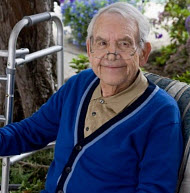 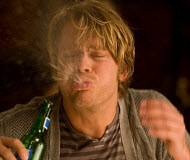 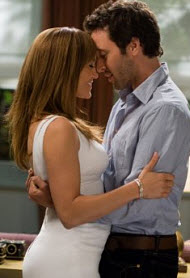 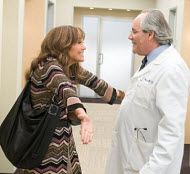 Have questions about life before birth or pregnancy? Visit our beautiful online presentation. Ask questions; get reliable answers.

Birth in the Bible

“Fall in love. Get married. Have a baby. *Not necessarily in that order”

After many years of searching for the perfect husband to no avail, all that Zoe (Jennifer Lopez) can hear is the horrible ticking of her biological clock. Determined to fulfill her dream of becoming a mother, Zoe decides to take matters into her own hands and go it alone. Much to Zoe’s surprise, her search for the right man comes to an end sooner than she expected, when she meets Stan (Alex O’Loughlin), a charming goat farmer, on the way home from her artificial insemination. As Stan and Zoe begin to form a relationship, Zoe fears that she’ll scare him away if she tells him about her pregnancy. Much to her surprise, Stan commits to Zoe and her expectant baby.

Stan and Zoe’s relationship is put to the test, as they must deal with all of the baby preparations, late-night cravings, mood swings, and doctor’s appointments. Even after they learn that she is expecting twins, Stan’s commitment to Zoe remains steadfast. Zoe soon realizes that trust is an important foundation in every committed relationship and she learns that she must trust that Stan’s love and commitment to her and the twins is genuine and that he will see their relationship through good times and bad times.

Zoe is a kind person and her desire for a family and genuine excitement about motherhood is refreshing. Her maternal ways can be seen in the manner that she cares for her old dog, who needs a doggie wheelchair in order to get around.

Stan’s unwavering commitment to Zoe and the well being of the twins is another positive aspect of this film. Stan is fully willing to take on all of the responsibilities of fatherhood and tries very hard to learn as much as he can about being a good father and eventually husband. His patience and compassion towards Zoe during her pregnancy is refreshing.

One of the best aspects of “The Back-up Plan” is the lesson that comes at the end of the film, as Stan finally gets to the heart of why Zoe is not married and decided to go it alone as a single mother. We soon realize that Zoe thinks she is going to get hurt again and is afraid that Stan will eventually leave her. Zoe’s mistrust of men is also rooted in her parent’s failed marriage, as she witnessed her father walk out on her mom when her mom became terminally ill. Zoe eventually learns that trust is one of the most important foundations of a healthy relationship and she must trust that Stan is committed to her and the twins no matter what.

I think that Zoe’s trust issues and fear of commitment is reflective of many men and women’s fears about relationships and marriage, especially in a society where many relationships are fleeting, divorce rates are climbing, and the media would have us believe that marriage is becoming something of the past. Like so many people today, Zoe also lost faith in marriage, so in her mind it was easier and less painful to go it alone and start a family by herself. Stan’s commitment and love for Zoe reminds the audience that relationships can still stand the test of time and that having a baby and raising a child is a wonderful gift that should take place within the confines of marriage and women should not “go it alone.”

Even though the “The Back-up Plan” has a positive message about trust and commitment and has some genuinely funny moments, where we see Zoe’s crazy food cravings and voracious appetite get the best of her, the sexual content in this film is quite heavy.

In typical Hollywood fashion, Stan and Zoe sleep together during one of their first dates and it is implied that they continue this type of relationship. Zoe and Stan kiss passionately in a couple of scenes and in one scene he rips open the back of her dress that is too tight for her and her bare back and bra strap are exposed.

In my opinion, this film should have received a warning for “brief partial nudity” in its rating due to two incidents. In one of scene, Zoe is complaining to Stan about gaining weight during her pregnancy and she tells him that her ‘behind’ used to be smaller and we briefly see her from the back wearing only thong underwear. In another scene, Zoe and Stan attend a water birth and there are several revealing shots of the woman’s lower body while she is delivering the baby.

The entire water birth scene was uncomfortable. Zoe and Stan end up getting harangued into attending the water birth of one of Zoe’s rather strange “Single Mothers and Proud” group member’s water delivery. There are a lot of New Age elements during this scene as one woman drums and others chant as she is having her baby.

Other negative elements include Zoe’s friend, Mona (Michaela Watkins), a mother of four, who cannot understand why she so desperately wants to become a mother. Mona regales Zoe with horror stories about motherhood, telling her kids are “awful” and she describes in a rather crude manner what having kids does to your body.

“The Back-up Plan’s” dialogue is littered with profanity. There are approximately 20 s-words and its derivatives. The Lord’s name is misused over a dozen times and there is 1 use of the f-word (which was uttered in a church). Profanities such as a**, b**ch, d**n, d**che bag, and the like make their way into the film’s dialogue as well. There is a lot of explicit sexual and biological talk regarding pregnancy throughout the film.

Zoe wears revealing outfits in several scenes, including cleavage-baring nightgowns, a short dress, and a backless shirt. Stan is seen shirtless driving a tractor around his farm.

While I ultimately like “The Back-up Plan’s” message about the importance of commitment and trust in relationships, I cannot recommend this film due to its sexual content and graphic biological content regarding pregnancy.

Positive
Positive—An adult’s movie. I really liked it. It’s not easy to find love like this, the kind the adopted father had for the soon-to-be mother. When you find a gem like this man, you should hold on to it and not let go.
My Ratings: Moral rating: Better than Average / Moviemaking quality: 4

JC, age 39 (USA)
Negative—I was very happy that I went to see this alone. It could have been a very interesting, amusing, and “lesson-learning” film; however, the content was diluted in a crude and unnecessarily offensive manner. I would not recommend this film.
My Ratings: Moral rating: Very Offensive / Moviemaking quality: 3

CLO, age 45 (USA)
Negative—This was an awful movie. This movie does not support God at all. She chooses to get pregnant because she is tired of waiting for a man. She also wears low cut dresses throughout the film. The support group is a bunch of prego lesbians.

Couldn’t see how someone who owns a dog shop would wear high heels, dresses, low cut tops and that she would get pregnant on her own. People come on! She is one of the prettiest gals. They should have gotten someone else to play this part, and I think the movie would have been a lot better.

I couldn’t get through the entire movie. Had to turn it off. Don’t rent it, it’s not worth your time. Watch “Fireproof” instead!! Great movie!

Amy, age 41 (USA)
Comments from young people
Neutral—This movie had me laughing thru-out the whole thing, but I would highly stress this is a girl movie. I would not want my brother or dad watching it. There are a lot of grownup things in it, and a lot of them are for girls only. I would honestly say I would be embarrassed to have the men in my family see it. But if you are going out for a girls’ night, and your up for a laugh, Jennifer Lopez will not disappointed you!
My Ratings: Moral rating: Very Offensive / Moviemaking quality: 4½