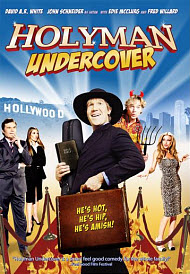 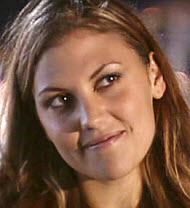 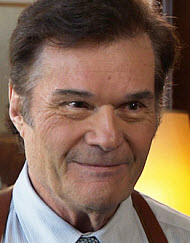 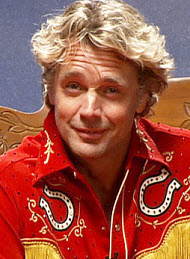 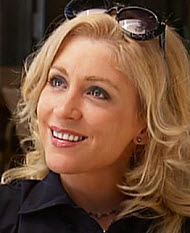 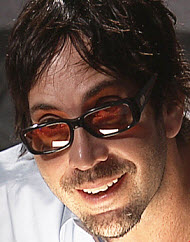 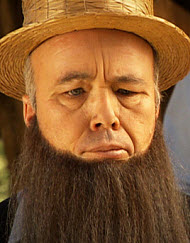 What do Hollywood celebrities believe about spiritual issues? Find out

Meet Roy Weichbrodt (David A.R. White) star of “Holyman Undercover!” David A.R. White is both the writer and director of this film as well, and is even the co-founder of its production company, Pure Flix Entertainment. The storyline is as familiar as one can ever be. A “wholesome” character goes off the reservation (so to speak) into the wild blue yonder and discovers what is really important in life. It’s been told thousands of times in thousands of films and here is another one for the genre with a little bit of a twist.

In this film, Roy says farewell to the Amish farm in search of his long-lost Uncle Brian (also played by David A.R. White) and says hello to Hollywood in this madcap comedy. Roy sets out to experience a “rumspringa” (the so-called rite of passage for Amish adolescents) of his own since he just found out he was 28 years old and not 18—as he had supposed up until then. (Not a well written idea, but this film is outrageous in every way.) Upon his arrival into Los Angeles, he meets the woman of his dreams Annie (David’s real life wife—Andrea Logan White)—one who was pursuing her dreams as a producer, and remaining “undercover” as well, not revealing her own small-town-family-values.

What follows in this pursuit is a crazy comedy of errors with a few funny scenes that are textbook stereotypes, all played over-the-top to generate some laughs. It works some of the time.

While pursuing the girl of his dreams, Roy’s fantasy quickly disappears when calculating producers, unscrupulous network heads, and jealous co-stars turn his life into a proverbial “Mr. Toad’s Wild Ride”—a reality show of sorts that almost resembles the nightmarish “nighttime soap opera” that he’s landed a job in. Ironically, Roy’s job is to play the devil opposite the voluptuous temptress named Tiffany Towers (Jennifer Lyons), whom he has no interest in. The feeling is mutual until Towers learns of Roy’s true affections and where they lie.

In truth, what appeals to me about this film is the fact that it’s loosely based on some “real-life” events that happened to David Andrew Roy White. He was born in Kansas, and reared in a small town in Oklahoma in a Mennonite community. Like his parents and many of his relatives that preceded him, he went off to attend college at the Moody Bible Institute, but that only lasted a year. At 19 he called his parents and let them know he was going to pursue his dream of being involved in the film industry and set off to Los Angeles. Sound familiar? In just 6 months’ time, David landed a role on the TV show “Evening Shade” with Burt Reynolds, which gave him his start in the business. David even did a one man comedy show loosely based on this theme that toured the country before this film ever entered into development.

There are some rough edges with the humor that really push the envelope for a Christian-themed film including: 1) a superfluous comment about breast-feeding at a late age, 2) some light language, 3) one scene where his Uncle Brian is doing some lines of cocaine, 4) several nightclub scenes with drinking and suggestive dancing and finally, 5) a couple of heavy kissing scenes where the temptress Tiffany Towers is trying to seduce him. All of them are “over-the-top” scenes reminiscent of “Mad TV” or a “Saturday Night Live” skit, meant to be funny and not taken too seriously. It seems to be David’s way of communicating the message of staying true to your character and allowing God to lead you the rest of the way, buried beneath the humor. It really has a sophomoric appeal that generates some good laughs without getting raunchy.

Overall, this feature film is an uplifting one which has an inspirational message and an all-star cast, character actors you will recognize and an ensemble that has been working together more and more frequently thanks to the tireless efforts of David A.R. White. His list of films in the Christian genre include “In the Blink of an Eye,” “The Wager,” “The Moment After,” and “Six: The Mark Unleashed,” to name just a few. While I liked some of these films far more than I did “Holyman Undercover,” I still have to give David an “A” for effort. At least he boldly proclaims the name of Jesus in the film.

My prayer is that the teens or young adults that God is drawing to Himself, even in this very hour, might be drawn to this DVD as well. It would be great if Christians throughout this country went out to their local video store and requested it so it could be on the shelves for that very purpose. Let’s support the cause. Jesus is coming, and we want to be doing more than just “looking busy.” We want to be getting the message out there and supporting the efforts of our Christian brother, David A.R. White. As for me, I have just added him to my personal prayer list, especially now that he’s a new father.

Positive
Positive—“Holyman Undercover” is a movie that when you first watch it, it seems awkward. I thought to myself like what was that. I watched it again. It grows on you. I like it more with each viewing. David White is the best and worst characters in the movie. Best as the hero the Amish missionary diving blindly for the Lord into the murkiest cesspool, network television. Worst as the likably lame Amish man gone native to the extreme who the editors of the film should have scrubbed out. “Holyman Undercover” is so over the top it flips over 360 degrees. Bo Duke as a good old boy Satan, Fred Willard as a gun loving deranged network exec. Jennifer Lyons as Tiffany Towers, the extremely over the top Paris Hilton-Lindsey Lohan self parody diva. A preaching hot dog. A movie where, like the old Patty Duke TV show, finds the Amish and the world looking at each other in a fun house distorted mirror, looking alike but so distorted compared to each other, but they can’t stop looking. If you are a Christian and think that laughter is one of the 7 deadly sins or that the Amish can’t laugh at themselves avoid this movie. If you are one of those types you will be overwhelmed with indignation and put your nose in the air and stop watching. Younger children should not watch, due to some situations David Whites character gets into.
My Ratings: Moral rating: Excellent! / Moviemaking quality: 5
Dennis Moore, age 51 (USA)
Negative
Negative—We were not at all pleased with this film. …The humor was overshadowed by the innuendos. The main character’s strengths weren’t upheld throughout or even redeemed in the ending. It was an embarrassment to us to watch with our sons and went straight into the rubbish. Too bad we wasted our money for this one. We will try to forget we ever saw it.
My Ratings: Moral rating: Offensive / Moviemaking quality: 2
M B S, age 44 (United Kingdom)