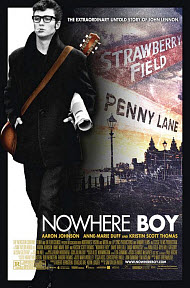 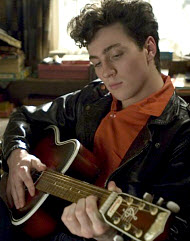 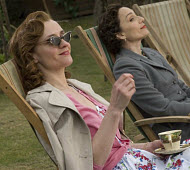 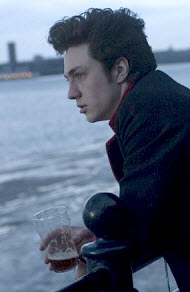 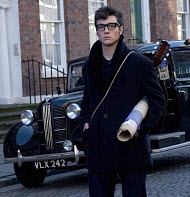 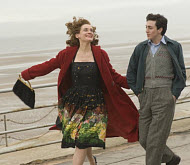 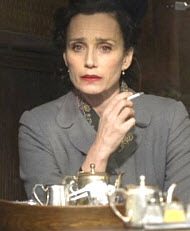 funerals in the Bible

“As a boy all John Lennon needed was love.”

Here’s what the distributor says about their film: “‘Nowhere Boy’ tells the never before seen story of John Lennon’s (Johnson) childhood. John Lennon is an ordinary fifteen year old boy on the streets of Liverpool. Funny, smart, naughty, a real edge to him. But life is not simple for John—he grew up in a family of secrets and was raised by his Aunt Mimi from the age of five. When he is suddenly reacquainted with his mother, Julia, they form an unbreakable bond. A bitter war rages between the two sisters for John’s love. Faced with bringing it to an end, he learns the secret heartbreak of his past. But his mother gives him one great gift—music. A wayward boy finds his voice, and walks into The Beatles.”

Movie Critics
…“Nowhere Boy” is so much more than a Lennon biopic… Director Sam Taylor-Wood weaves this tale with elegance, spot-on costumes and production design, and finely tuned casting. Aaron Johnson powerfully captures Lennon’s spirit, as well as his wit and defiant nature. …

Claudia Puig, USA Today
…“Nowhere Boy” hits right notes… Filmed in rich colors and capturing the energy of the period, “Nowhere Boy” is a beauty to watch, and a nice change from the endless run of Lennon documentaries. When the credits rolled I would have sat through a sequel by the same people taking on the next thrilling phase of the Beatle’s life.

Scott Mervis, Pittsburgh Post-Gazette
…an entertaining piece of nostalgia… a poignantly authentic telling of a life…

Betsy Sharkey, Los Angeles Times Film Critic
…We learn that the emotional roller coaster of his formative years probably contributed to the complexity of his lyrics. We learn why there’s so often in his music the top level of what seems clear, and then, below, echoes of… something else. We feel elation and sadness as simultaneous possibilities. … [3½/4]

Roger Ebert, Chicago Sun-Times
…a terrific film: insightful and moving, with rock & roll sequences that give you a tingle. … By the end of Nowhere Boy, you’ll feel you know John Lennon better than you ever did. [A-]

Owen Gleiberman, Entertainment Weekly
…a prettily photographed melodrama about a tumultuous period in John Lennon’s adolescence, is a reference to his song “Nowhere Man.” …It’s a pleasant-enough creation story to revisit, one weighted down by melodrama and lifted up by some rocking tunes.

Manohla Dargis, The New York Times
…“Nowhere Boy” can get a little soapy in tracking John’s home lives, but it treats his emotional travails with keen emotional honesty. It relishes its myth-making enterprise without getting too cute about it. … [B+]

Chris Vognar, The Dallas Morning News
…“Nowhere” is something!… “Nowhere Boy” doesn’t assert itself visually—though if anything, its eye is too cheery for the coal-dust drabness of postwar Liverpool so vividly realized in the documentary “Of Time and the City”—and there aren’t any Beatles songs in it. …the movie is a tease. It isn’t exhilarating, but it has depth. … [3½]