When in Rome also known as “La fuente del amor” 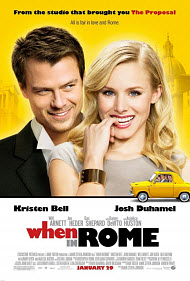 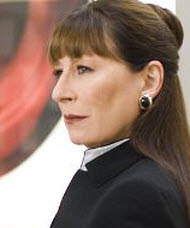 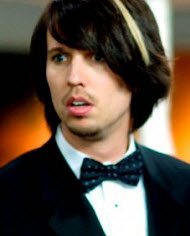 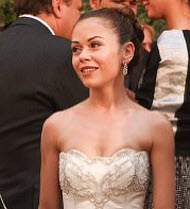 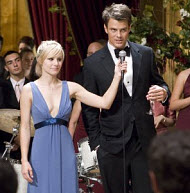 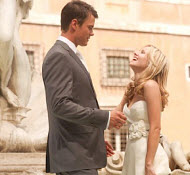 Stealing in the Bible

“All is fair in love and Rome.”

Beth (Kristen Bell), an ambitious young art curator, has become disillusioned with love and relationships. When a frustrated Beth heads to Rome to attend her younger sister, Joan’s (Alexis Dziena) wedding, she steals five coins from an old fountain, setting into motion a love spell, which causes those who threw the coins into the fountain to fall in love with her. Beth is aggressively pursued by a determined band of suitors, including Nick (Josh Duhamel), a handsome and charming sports writer. As Beth begins to fall for Nick, she is determined to break the fountain’s enchantment, so she can discover if Nick’s love for her is real or simply the workings of the spell’s magic.

Beth’s desire for true love and a committed relationship is refreshing, and her unwillingness to settle for a substitute is commendable. Beth refuses to enter into a married relationship with Nick until she knows that his love for her is real, and not just the enchantment of the fountain’s spell. Beth’s band of persistent suitors also discovers that true love is about selflessness, and is expressed by one of her pursuers with the following statement, “Love is about putting someone else’s needs above your own.”

As the film progresses, the workaholic Beth learns to put her past heartaches behind her and open herself up to the possibility of true love, as she puts her relationship first.

Unfortunately, these moral lessons about love lack depth and are mere tokens in this clichéd and ditsy chick flick. The film’s producers missed the opportunity to explore the concept of true love in a more meaningful way.

Even though “When in Rome” is one of the cleaner romantic comedies, by Hollywood’s standards, it is not without its problems. Nick, who is the best man at Joan’s wedding, mistranslates Beth’s toast and tells the Italian guests that Beth looks forward to “sharing” the groom with her sister. Beth drowns her frustrations with love in a bottle of champagne, as she fishes the five coins out of the fountain in a drunken state. Beth also wears a very low-cut, cleavage-baring bridesmaid’s dress.

One of Beth’s pursuers, Antonio (Will Arnett), an artist, draws several nude caricatures of her, which are seen in his sketchbook. He also paints a large nude mural of her on the side of a building (her chest and lower half are strategically obscured). Another one of Beth’s suitors, a self-worshipping male model (Dax Shepard), presents Beth with his portfolio and attempts to attract her with shirtless photographs of himself. Later, he rips his shirt off and flexes his muscles in a last ditch effort to gain Beth’s attention.

Joan and her husband are shown almost completely undressed cooking in the kitchen together, while on their honeymoon (Joan is only covered by an apron, while her husband is presumably naked, but his lower body is obscured by the counter). Joan and her husband kiss passionately as they sink behind the kitchen counter. Beth and Nick exchange several kisses throughout the movie.

The priest portrayed in the film enjoys gambling and playing poker and is, overall, made to look ridiculous. At the end of the film, the male model tells the artist he would love to pose nude for him, and the male artist tells him he would like that very much. There are approximately 3 uses of the word, d***, 3 uses of the word, h***, and the Lord’s name is profaned approximately 10 times.

“When in Rome”’s tale about finding true love falls short on many levels. From a cinematic standpoint, this film leaves much to be desired. It suffers from a poor script and character development, and resorts to a silly and, at times, a morally offensive brand of humor. More importantly, from a moral standpoint this superficial film does not hold up either. The characters and token moral lessons lack any real substance and could not be taken seriously amid this film’s often ridiculous plot, which was peppered with unnecessary and distasteful sexual content. If you are looking for a clean and entertaining romantic comedy that leaves you with something of significance to think about, I recommend skipping this one.

Comments below:
Positive
Positive—I saw this movie after reading the review, and I have to say the “nudity” is very obscure and artistic. There is nothing wrong with the way this movie portrays romance. If anything it encourages finding your true love.
My Ratings: Moral rating: Better than Average / Moviemaking quality: 2½

Penny, age 34 (USA)
Positive—As a Hollywood PG-13 movie, it’s not surprising that there was objectionable content, which the reviewer above covered quite adequately. However, my wife and I enjoyed the movie much more than the reviewer above. We found it very funny and quite touching. Overall, I recommend it, as long as one is willing to deal with the usual PG-13 elements.
My Ratings: Moral rating: Offensive / Moviemaking quality: 3½

Jeremy Klein, age 54 (USA)
Positive—I saw this movie with a (pre-Christian) girlfriend. We both loved the movie. I appreciated that the only sexual reference was by a heterosexual married couple! The fact that Beth would not enter into a relationship lightly was like a breath of fresh air. The incident where Beth was in the fountain (and the picture then published in the newspaper) after drinking wine was a fine example of the inappropriate things that people may do under the influence. Lots of silly things going on in the movie…made it light hearted. A great film with good moral quality.
My Ratings: Moral rating: Better than Average / Moviemaking quality: 3

Comments from young people
Positive—I went to see this movie with some friends of mine, and I thought it was great! We laughed so hard…!! I highly recommend it!!!…
My Ratings: Moral rating: Excellent! / Moviemaking quality: 5