In the Land of Blood and Honey

also known as “In the Land of Blood & Honey”
MPA Rating: 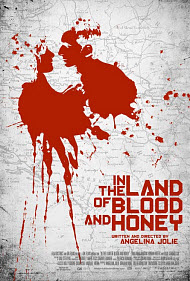 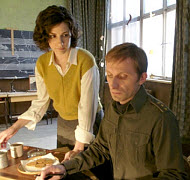 emotional, moral and physical toll that the war exerts both on individuals and people as a whole

Here’s what the distributor says about their film: “A love story set during the Bosnian war of 1992-1995, focusing on a couple who meet on the eve of the war and the effect the war has on their relationship.

Set against the backdrop of the Bosnian War that tore the Balkan region apart in the 1990s, ‘In the Land of Blood and Honey’ tells the story of Danijel (Goran Kostić) and Ajla (Zana Marjanović), two people from different sides of a brutal ethnic conflict. Danijel, a soldier fighting for the Serbs, and Ajla, a Bosnian held captive in the camp he oversees, knew each other before the war, and could have found love with each other. But as the armed conflict takes hold of their lives, their relationship grows darker, their motives and connection to one another ambiguous, their allegiances uncertain. ‘In the Land of Blood and Honey’ portrays the incredible emotional, moral and physical toll that the war exerts both on individuals and people as a whole, and the terrible consequences that stem from the lack of political will to intervene in a society stricken with conflict.”