The Secret World of Arriettypan> 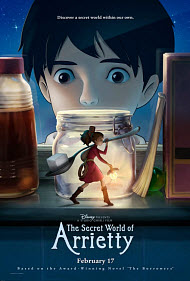 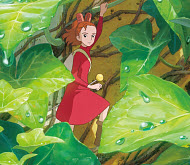 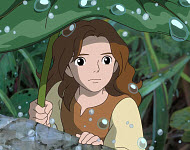 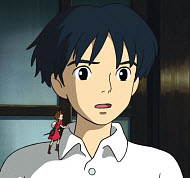 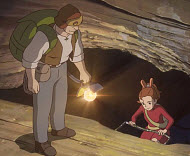 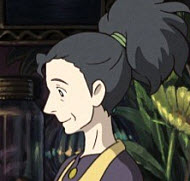 friendship—and helping each other

life is worth living

“I can do all this through Him who gives me strength” —Philippians 4:13.

about the Ten Commandments of the Bible

What does God expect of you? Answer

“Discover a secret world within our own.”

C.S. Lewis once said, “[Friendship] has no survival value, rather, it is one of those things that give value to survival.” “The Secret World of Arrietty” truly demonstrates his point, and viewers will be drawn into a world bigger than life—literally.

Based loosely on the concept of a book series by Mary Norton, the Borrowers are tiny people that “borrow” things from the humans. 14-year-old Arrietty and her parents live anonymously in a quaint little cabin underground. When her father finally deems her ready to go on a borrowing expedition, Arrietty is spotted by a human boy named Shawn. Both their curiosities of the other world cannot be quenched. Finally, despite their differences, they realize there is nothing to be afraid of. Rather, it is the comic, but threatening, old lady, Hara, that puts Arrietty’s family’s lives in danger. The rest of the story unfolds as a beautiful, meaningful movie—the spotlight on Arrietty and Shawn’s friendship.

This is the English version of the Japanese classic, directed by Hiromasa Yonebayashi, written and executive produced by Hayao Miyazaki. The film is made to feel like hand-drawn animation. It is different from Dreamworks or Pixar animated films. Even though there is no magic, moving castles, wild goose chases through the skies, or the usual whimsical elements in Miyazaki’s movies, Arrietty puts a new spin on our world from a whole new perspective.

From Arrietty’s point of view, everything is huge. Her world is full of life and color, and it is presented in a breathtaking and creative way. The art is beautiful, every detail meticulously perfected, and kids will be able to enjoy it without being sidetracked by any inappropriate laughs. Arrietty has no need for pop or innuendo references; the magic storytelling is enough to entrance viewers of all ages. The pacing may seem a little slow for younger kids, but the older ones will take the time to appreciate the stunning, intricate images.

The real beauty of this film lies in the friendship between Shawn and Arrietty. The contrast between these characters is profound, and not only in size: Shawn has heart problems and his will to live is weak, while Arrietty is a strong-willed, curious, joyful girl who is determined to live. She tells him, “Sometimes you have to fight for the things that are worth fighting for.” Her determination to survive inspires Shawn to fight to see the next day. The audience learns that no friendship—or life—is too small.

Shawn and Arrietty’s bond is unbreakable, and they are willing to sacrifice for each other. As the Bible says about friendship, “This is my commandment, that you love one another as I have loved you.” (John 15:12). Hidden underneath the adventure they undertake, Arrietty teaches the importance of friendship in life.

Indeed, we have the greatest friend in Jesus, who laid down his life for us even before we were born. John 15:13 says, “Greater love has no one than this: to lay down one’s life for one’s friends (NIV).” God wants our friendship too. This is what Jesus said, “I no longer call you servants, because a servant does not know his master’s business. Instead, I have called you friends,” John 15:15.

Visually rich and with moving depth, “…Arrietty” is a film for everyone. There is no objectionable context. As you watch, don’t forget that life is worth living and believe that God will empower you to be all that you can be, just as the words of the Apostle Paul: “I can do all this through Him who gives me strength” —Philippians 4:13.

Positive
Positive—This is the finest animated movie I have seen since “Up”—and before that “Ratatouille.” The artwork is gorgeous and original, the story sweet and heartwarming—about love of family and courage. Little children were in the audience and seemed entranced by this visually and conceptually beautiful film. I remember how enchanted I was as a child when my public children’s librarian handed me The Borrowers by Mary Norton. I just loved entering that purely fantastical world. Yes, this is pure, sheer fantasy, and not Christian, at all. But it is a beautiful movie and the reason we go to movies. Escapist and uplifting and fascinating. This movie is for all ages and a must see.
My Ratings: Moral rating: Good / Moviemaking quality: 5

Halyna Barannik, age 65 (USA)
Positive—I liked this movie. We took the kids. Whereas my 4 year old loved Ponyo, also by Studio Gibli, she wasn’t as enthralled by this film. She liked it but it was at a slower pace that did not keep her still in her chair the whole time. We all liked it, 10, 6, and 4 year old and parents. I had no issue with the “borrowing” and think it was in context of the film. How else in the world would little people survive? I instead found it creative, the things they would use for completely different tasks, like earrings used as hooks to climb a curtain. I would recommend it.
My Ratings: Moral rating: Good / Moviemaking quality: 4½

Andrea, age 39 (USA)
Positive—I’ve not been a fan of Studio Ghibli for long, but with each new one I see, I become more and more impressed. “The Secret World of Arrietty” is based on the bestselling children’s book The Borrowers. I am unfamiliar with the book, so I cannot tell you if it is a good adaption, but I will say that I was thoroughly impressed as a fan of Japanese animation.

The only negative side to the film, morally wise, is the greed that is shown by one of the characters, who wishes to capture Arrietty and her family for personal gain. Otherwise, it is a story about friendship, hope, wisdom, helping others who are in need, and adventure. I will recommend this film to anyone with kids. It is appropriate viewing for all ages.
My Ratings: Moral rating: Good / Moviemaking quality: 4½

Jacob Airey, age 23 (USA)
Neutral
Neutral—Just saw this movie last night with my 6 year old daughter. The movie is visually beautiful, the gardens lush and colorful. The way perspective is handled is amazing, drawing you into the world from the Borrowers’ viewpoint. The relationship between Arietty and Shawn is tender and moving. I also like the strong, intact family of the Clocks, rather unusual in most children’s movies, although apparently, Shawn’s family is not intact.

But I have a nagging discomfort with the whole concept of displaying “borrowing” that truly is stealing, even if it is the small things that no one would really notice. They insist that they “take only what they need” but you know that they are, in fact, taking. You may wish to discuss this further with your child after the movie.
My Ratings: Moral rating: Average / Moviemaking quality: 5

Laura, age 43 (USA)
Neutral—Overall, I agree with most of what’s written about the film’s positive qualities, namely life struggles and relationships between the characters. However, I’m really surprised that the Christian reviewers (multiple Web reviews) haven’t even mentioned what I believe is an obviously unbiblical view of “borrowing.” Within the first 5 minutes of the movie, I wondered how the family of little people were going to return the sugar cube. Furthermore, they “borrowed” at night in the dark, so they wouldn’t get caught… sounds like blatant stealing to me! At no point in the movie did the “borrowing” family or the main characters acknowledge anything remiss about their lifestyle, implying that if you just took what you needed or if it wasn’t noticed, or if you were poor/surviving, then the biblical commandment/moral law doesn’t apply.

I don’t believe this view falls in line with christian morals and I doubt most of us would teach our children this interpretation of “borrowing.” Just for fun… I wonder how the film could be viewed from a classical Christian perspective even though I realize that this wasn’t likely written to be a “christian” movie. In order to reconcile this moral issue against Christian principles (forgiveness for our offenses and reconciliation), maybe we could assume that Shawn and his aunt recognized the “sin” of the borrowers, but chose to overlook the offense. But then again, true forgiveness and reconciliation fall on the heels of repentance followed by forgiveness. In this movie, the little people seemed oblivious to their “offenses.” Then I wondered about rewriting the part about the “cold hearted” maid who, in my opinion, properly categorized the little people as “robbers,” but then sought to destroy them. What if that part were rewritten to where the “borrowers” recognized and sought forgiveness for their offense while the maid’s heart became softened as she simultaneously became aware of her own callousness as well as the little people’s need/condition, experiencing a forgiving heart? And then worked with the little people to develop a cottage industry making doll house furniture?!
My Ratings: Moral rating: Offensive / Moviemaking quality: 3

Comments from young people
Positive—I went to go see this movie with my girlfriend, and we both loved it. I didn’t even hear any mild language, and I thought the movie was very tastefully done. I’d recommend this movie for anyone, Christian or otherwise.
My Ratings: Moral rating: Excellent! / Moviemaking quality: 4½

Josh, age 15 (USA)
Positive—This movie is a new step for Disney, involving manga, and beautifully drawn scenery. Most of the children in the theater were very amused by the cat, and Hara. This is a great film for anyone; it is heartwarming, it is beautiful, and its message is very powerful. The message I got out of this is that you really DO have to fight for the things worth fighting for.

This has nothing that is offensive, at all, and I very highly recommend it! I was debating whether or not to go see it, because it looked boring. But I’m glad I went to see it, because it was a great movie. It might get boring for adventurous people, but really, you wouldn’t see a movie unless you knew it was about something you like, right?
My Ratings: Moral rating: Excellent! / Moviemaking quality: 5

Keroppi, age 14 (USA)
Negative—One of the slowest films I’ve seen in years—especially for a kid’s film. On the positive side, it’s visually striking, like looking at a beautiful watercolor. Unfortunately, the pacing also felt like I was looking at a painting—for an hour and a half. Not helping was the fact that the dad was so strangely monotone, I wondered if he’d been borrowing sedatives. While the mom was so neurotic, I wish she would have. Although I’m a Bible-believing Christian, I don’t have an issue with borrowing really being stealing. I don’t think my 10-year-old walked away planning to steal a sugar cube any time soon. But she did agree that it was pretty slow.
My Ratings: Moral rating: Average / Moviemaking quality: 1½