for sexual content including references, some violence and action, and for language. 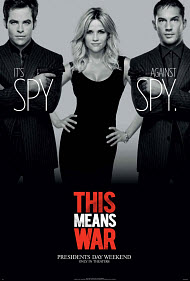 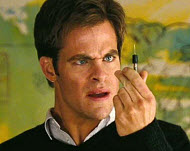 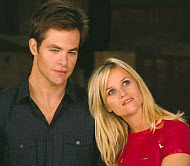 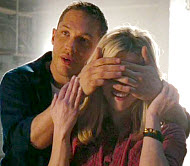 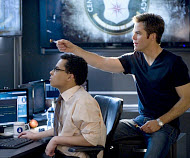 When two buddies from the same CIA operative mess up an undercover mission in Hong Kong and later fall in love with the same woman, you get director McG’s “This Means War”. FDR (Chris Pine) and Tuck (Tom Hardy) are best friends sent on an undercover mission to Hong Kong. They bumble the mission, and instead of taking out their target quietly they managed to kill one of their targets while letting the rest get away.

That’s only part of their troubles; they are now suspended from further missions and are also punished by doing desk duty. However, they later fall in love with the same woman, Lauren (Reese Witherspoon), and well… it means war for the two best friends. While fighting (literally) for the same woman they love, they spy on each other’s personal lives, making sure that each other’s dates are complete disasters. Little do they know though that they both are being tracked by the man they failed to arrest in Hong Kong. This leads the two friends down two paths; fighting for love and fighting for justice. These two factors alone send audiences into on action-packed thrill ride that they may have never seen before.

When I pre-screened “This Means War,” it was currently unrated, because it was submitted for a re-rating appeal to the MPAA. It was previously rated R for some sexual content. However, while viewing the film, I felt that it wasn’t deserving of the R rating, since I have seen much worse content in PG-13 films. After the re-rating appeal, the film is now rated PG-13 for sexual content and references, some action and violence, and for some language. This rating suits the film much better. But please be forewarned, this film still pushes the PG-13 boundaries at moments, when it comes to its sexual content.

Listed below is content that may be offensive and objectionable to some audiences:

Sexual content: There are about five references to male and female anatomy and numerous other sexual references and innuendo. Lauren has a sex crazed (but married) friend, Trish who makes a lot of the sex references. Trish tells her that she is willing to have sex with the two guys she’s seeing to help her decide which guy to date. We also see Trish on top of her husband on the floor (they’re in their underwear), but it doesn’t last long and isn’t graphic. There is also some passionate kissing, including both married and unmarried couples. A male character ogles a female character. There is implied sex between two main characters, including the night before and morning after. One of the spies tape it (we don’t see the tape) and later hears about what happened from another agent (there is some minor detail and discussion about what happened on the tape). There is also the start of another sex scene with two main characters stripping down and starting to go further into the act, but they stop themselves. Audiences also see women in bikinis and low cut, scantily clad dresses throughout parts of the movie (one scene in a night club), and Lauren sings and dances to a song with suggestive lyrics. There is a short action scene in a strip club, and we briefly see pole dancers (nothing graphic shown). We also see a man lounging in his boxers, and he later makes a reference to porn to one of his friends.

Violence: There is a scene with a paintball fight that is played for laughs. A guy gets shot with a tranquilizer dart, and there are numerous fist fights (non-graphic, but there is some blood). There are numerous shoot out scenes (non-graphic and minimal blood) and some characters also get strangled with cords, etc. (non-graphic and very brief). A man falls off a tall building and crash lands on a moving car which causes many other cars to collide and crash in the process. There are some explosions, with cars flying through the air, and a few car chases, as well. There is a high body count, but the violence is not graphic, and there is minimal blood. The film is filled with intense action-packed sequences, but I have seen much worse in other PG-13 action films.

Drug and alcohol content: There is one brief drug reference, some alcohol consumption, and brief/minimal smoking.

Other objectionable content: There is some deception and lying, and both FDR and Tuck put cameras and microphones in Lauren’s house in order to learn more about her (e.g., way of living, likes/dislikes, etc.). Both FDR and Tuck also have to lie in order to cover up their true occupation of being a spy. FDR and Tuck spy on each other’s dates, and Tuck raises his middle finger to one of the cameras that is following him. FDR also lies about his character in order to impress Lauren. Lauren pretends that she has a boyfriend, in order to impress her friend and his fiancée.

Positive elements: The two friends try to make it a friendly competition by letting Lauren choose who she really loves. Also, Tuck makes it clear to FDR that they shouldn’t sleep with her (although Tuck doesn’t, FDR still does). The two are very good friends and are like brothers to each other. They care about each other’s personal lives (before their competition, of course), and there is still some good clean fun humor, to boot. Lauren has a caring heart, such as wanting to help homeless dogs and taking care of children. A divorced man tries to get back together with his ex-wife, and that couple later attempts to get back together.

Despite the sexual content and some moments of brief strong language, there is still a bit to like in “This Means War”. The language is mostly scattered, and despite the one sex scene and partial sex scene, the sexual material is mostly contained within the dialogue. There is no nudity, and the violence is not graphic. FDR and Tuck have a friendship that makes them act just like brothers. Romans 12:10 tells us that we should “be devoted to one another in brotherly love. Honor one another above yourselves.” FDR and Tuck do what they can to protect each other in even the most perilous situations and even take a bullet for one another. Now that’s a friendship to be respected. Tuck also respects Lauren by not sleeping with her and also respects true love, to a certain degree.

From a filmmaking point of view, this was the best action/comedy film I have seen in a long time. The film is well cast, has a witty script, and McG does a solid job of directing by bringing out strong performances from the three leads. The action sequences aren’t prolonged, but are a little over the top, at times, and, of course, the film does have its cheesy moments and unnecessary dialogue. However, it is still a fun movie to watch.

1 Corinthians 6:18 says that we should “flee from sexual immorality. All other sins a man commits are outside his body, but he who sins sexually sins against his own body.” That verse alone pretty much sums up this review. God instructs us to flee from sexual immorality, but it’s portrayed in a somewhat positive/comedic light in this film. The sad thing is that sexual immorality is common in modern day films and never seems to be portrayed in a negative way. Despite a lot to like from “This Means War”, I still can’t recommend it for Christian audiences, due to its sexual material and moments of strong language.

Comments below:
Positive
Positive—For starters, this movie was pretty crass… but it was also absolutely hilarious! My friend and I were laughing almost the entire time. The three main characters, though morally flawed, were all very likeable and funny. I think my only complaint would be the typical Hollywood friend with the foul mouth. That tradition is getting very, very old, in my opinion, and this was the worst one I’ve ever seen. Plus, they gave her more screen time than I’ve ever seen that type of character get before. If it was up to me, I would take away the minutes given to her and, instead, give it to FDR’s grandparents and Tuck’s ex-wife and child. I felt that more could have been done with those characters.
My Ratings: Moral rating: Average / Moviemaking quality: 4½

Kadie Jo, age 19 (USA)
Neutral
Neutral—Such a shame, this could have been great… but the female best friend is very crass, and a big chunk of the movie was about “getting into bed” with each of the male leads. It was funny, creative and kept your attention… but it was a VERY worldly movie. Can’t recommend. If that isn’t enough to convince you this is “offensive,” Reese Witherspoon is down to her lacy undergarments laying on the kitchen counter… seducing one of the guys!
My Ratings: Moral rating: Very Offensive / Moviemaking quality: 4

Kim, age 45 (USA)
Negative
Negative—I am not entirely sure how you could have the opinion that this should have been rated PG-13! It was extremely offensive… the innuendos especially, and the seduction of both guys by the same girl, which is pretty graphic with Reese on the counter in her lacy underwear. I was really disappointed, it could have been SUCH a good movie… the story was great. I will NOT likely be going to see another of McG’s movies! I had my daughter AND my boyfriend with me, and I am 61, and was embarrassed. Why, WHY do they do this?
My Ratings: Moral rating: Extremely Offensive / Moviemaking quality: 5