Trouble with the Curve

for language, sexual references, some thematic material and smoking. 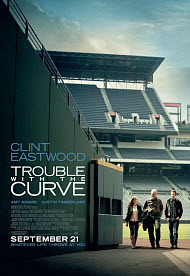 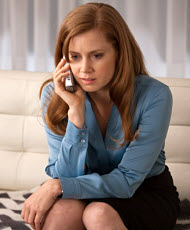 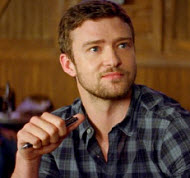 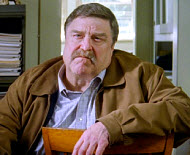 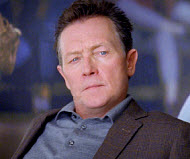 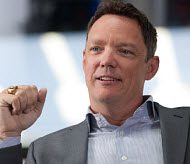 single parent after the death of his wife

daughter jeopardizing her own career to save father’s

“Whatever life throws at you”

“Trouble with the Curve” bills itself as a baseball movie, but it is not a baseball movie like “The Rookie” or “For Love of the Game.” Baseball more or less serves as a catalyst to bring the characters together and so, in essence, functions more as a background setting. The story itself revolves around Gus Lobel (Clint Eastwood) and his daughter Mickey Lobel (Amy Adams). Gus and Mickey have a very strained, almost nonexistent relationship. Gus is an aging baseball scout for the Atlanta Braves. Many in the organization feel that Gus needs to be “put out to pasture” and forced to retire. He suffers from what could be macular degeneration in his eyes, which seriously hampers his ability to scout baseball players. Mickey is a young hotshot lawyer in Atlanta who tries her hardest to keep in touch with her father, but finds him very distant and emotionally unavailable and, at the same time, Mickey is ascending to partner at her law firm.

Mickey is asked by her father’s friend and boss Pete (John Goodman) to accompany her Dad on a scouting trip to North Carolina. The trip is a last ditch effort by the Braves to give Gus a final chance to prove his worth and help them decide if they want to renew his contract in three months. During this scouting trip, the pair meets up with a Red Sox scout name Johnny Flanagan (Justin Timberlake) who Gus had scouted years before for the Braves. Johnny respects and admires Gus and takes a liking to Mickey. It is through the supporting characters that Gus and Mickey’s faults are revealed.

The world of baseball scouting is one of extended stay motels, diners, and bars. The characters in this movie drink, and they drink A LOT. None of the characters get drunk; in fact, there is one scene between Johnny and Mickey where there is a comment made about Mickey trying to get Johnny drunk, but the only thing that ends up happening is the pair of them start clogging. Outside the drinking, Gus smokes cigars like a chimney, but there aren’t many morally reprehensible actions by characters in the movie.

The language in this movie also is surprising. As for profanity, this movie is fairly tame compared to some of the PG-13 movies gracing the multiplex today. Jesus, God, and Christ (or variations) are used as profanities 10-15 times. Hell, d__n, and s__t (or variations) are used about the same amount. The f-word is used once by Eastwood in a bar scene, when he threatens a man with a broken bottle making a pass at his daughter. There is also a scene of violence where Gus recalls an event that occurred when Mickey was six, which is foreshadowed in a way by the bar scene. Overall, there are things to be offended by, but it is very limited compared to many movies sharing the same rating.

There is also a scene where Johnny and Mickey go swimming in a lake in their underwear, but where this could have been a risqué scene, Mickey never takes off her shirt, so both characters are wearing what amounts to conservative bathing suits. The scene ends with the two of them kissing and hinting at nothing more.

The phrase trouble with the curve is a very loaded one in the movie. In baseball, it is used to describe a hitter who is proficient at his craft, but is perplexed by the curve ball. That is seen in the kid that Gus is sent to scout. It is also seen in the lives of the characters. Mickey pushes people away out of fear of abandonment, which Gus practically did after Mickey’s mother died. He sent her to live with an aunt and uncle shortly after her mother died, and sent her to boarding school during her middle and high school years. She focuses almost 100% of her time in work, visiting her father more out of obligation, rather than love.

Gus is a completely different beast all together. It is clear that Gus has three loves in his life baseball, Mickey, and his deceased wife. Gus had lost his wife and pushed Mickey away, leaving him with baseball, which is about to be taken away by the Braves. Gus is a broken man, which makes him a broken father. He wants to avoid the serious issues with Mickey and focus on the scouting trip, almost pushing her away for good. He eventually reveals that he didn’t think he was any good as a father and that Mickey should stay as far away from him as possible. At the same time, she says she wouldn’t have wanted any other kind of life than the one he could have given her, regardless of what he thought.

Many of Gus’s failings remind me of how our Earthly fathers fail, no matter how hard they try. We as Christians know that there is a heavenly Father who lacks these Earthly failings. This is not mentioned in the movie, and I never expected it to be, but it was constantly at the forefront of my mind, as a Christian.

Overall, “Trouble with the Curve” is a movie about people’s shortcomings and failures. We all have our curveball in life. Gus and Mickey have to come together and support each other and find a way to become father and daughter again. As a movie, the film is very well made; the director Robert Lorenz has worked with Eastwood many times, but this is his first feature as the main director. As for writer Randy Brown, this is his first feature.

The cast is a very good one; Eastwood and Adams pull off the father/daughter dynamic very well. Timberlake is slowly coming into his own as an actor. The supporting cast is compromised of actors who many will recognize, but, for many people, this may distract them from the film, trying to figure out where they have seen them before.

The story is a little drawn out. There seem to be more scenes of characters talking, interrupted by actions like the bar fight, the clogging, or the occasional baseball scene. The film kind of dragged, but it kept my attention throughout. I do not recommend this movie, if you are looking for a baseball movie heavy on the baseball, but I do recommend it for anyone looking for a good story.

Positive
Positive—I loved this movie, and not only because I grew up listening to Curt Gowdy announcing from Fenway Park and love all things baseball. This story goes far beyond the topic of baseball. It is about family ties and values and priorities. Clint Eastwood’s performance is perhaps my favorite of his in quite awhile. Justin Timberlake and Amy Adams are appealing. The screenplay is intelligent, the story interesting, the acting excellent, and the direction is subtle. There is some unfortunate use of the Lord’s name in vain and some moments of drinking, but otherwise this is a likable and uplifting film, and I can recommend it to Christians.
My Ratings: Moral rating: Average / Moviemaking quality: 4½

Halyna Barannik, age 66 (USA)
Positive—If you can look past the salty language that is present throughout the whole movie, you get a good story in which relationships are restored and hurts are healed. Those who put themselves in vulnerable positions by making poor choices also got to experience the negative fruits of those poor choices. Other than the language there was nothing excessively offensive, and I would watch this one again
My Ratings: Moral rating: Average / Moviemaking quality: 3½

H L Lassiter, Jr, age 52 (USA)
Positive—We all enjoyed this movie, it was very entertaining. There was some language that is offensive to Christians, but if they can tune that out, I think Christians will be fine watching this movie. It was interesting watching the Father/daughter learning to understand each other better as adults. The good guys win, and the bad guys lose. As Christians, we did not find this movie offensive. My 84 year old Christian mother enjoyed it as well.
My Ratings: Moral rating: Better than Average / Moviemaking quality: 5

Bonnie, age 61 (USA)
Positive—I really enjoyed this movie! I really wished, though, that the moviemakers didn’t feel compelled to use our Lord’s name in vain incessantly and irreverently. Other than that, it was a really good movie. I felt sorry for the father-daughter relationship, though, because it was very up-tight and, well, you’ll see for yourself, if you see it. I was going to watch “Hotel Transylvania,” but decided to watch this one last minute, because I really liked the trailer. It was worth my money, and I’m glad I watched it. God bless!
My Ratings: Moral rating: Offensive / Moviemaking quality: 4

Paulina, age 19 (USA)
Neutral
Neutral—This would have made for, not just an excellent family movie, but an excellent movie period, had there not been so much foul language. I felt it was very distracting, despite what the reviewer said. However, if you can get passed that, it is otherwise worth watching.
My Ratings: Moral rating: Average / Moviemaking quality: 4

Jon, age 30 (USA)
Neutral—If not for the Lord’s name getting misused about 10 times, I would give this a better rating. Other than that, “Trouble With the Curve” was good. Mickey and Johnny do swim in their underwear, at one point, but never have sex. An arrogant kid meets his career downfall when a more humble and selfless boy pitches beautifully. The worst it gets, in terms of violence, is Gus possibly kills a pedophile in a flashback, who was clearly touching his daughter inappropriately; I side with Gus. Anyone who hurts children gets the just penalties they deserve, and, as an uncle of a toddler and a baby, I can see why Gus would do what he did. I view this more as Gus was God’s tool of justice in this scenario (Matthew 18:2-6). Gus and Mickey finally make peace and reconcile with one another. Mickey also quits her lawyer job to be with her father, especially after how insensitive they were.
My Ratings: Moral rating: Average / Moviemaking quality: 2½