for thematic material, language and a menacing situation. 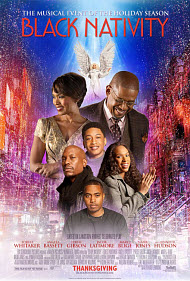 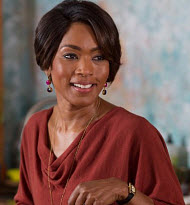 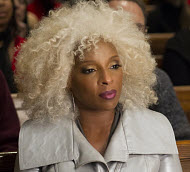 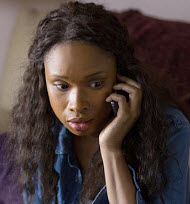 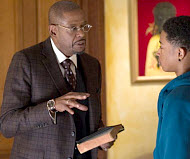 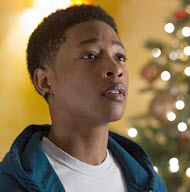 The Original Black Nativity play was created by poet Langston Hughes. It’s a retelling of the Nativity story (the accounts of the birth of Jesus) using an all African American cast. The movie “Black Nativity” takes Langston Hughes’ concept and brings a contemporary spin to it.

The story follows a Baltimore teen Langston (Jacob Latimore), raised by his mother Naima (Jennifer Hudson) as he is forced to live with his mother’s estranged relatives in New York City during the Christmas Holiday. His mother is forced to make some tough decisions after she finds out she’s being evicted.

Langston’s first meeting of Reverend Cornell Naima’s father, is anything but welcoming. Soon Langston has a hard time living under the rules and expectations of Reverend Cornell and Aretha Cobbs (Forest Whitaker and Angela Bassett) and decides to try to return home to his mother Naima. Along the journey, Langston encounter trials, and various characters and guides—his journey leading him to the truth that’s really dividing his family, and the importance of faith, healing and family.

From a moral standpoint, the world of this movie is a gritty New York City, and Langston, is a “streetwise” teen, using what he’s learned on the street to try to find any angle he can to fix his mother’s situation. And these angles include stealing and lying. He even ends up aiming a gun at a man and tries robbing him. The movie doesn’t glorify these actions, and many of the actions are punished, and lead toward redemption and forgiveness. References to pregnant woman at a young age, and disrespectful attitudes and bullying are also present.

From a spiritual standpoint, the movie is a musical telling of the birth of Jesus Christ and shows the importance of forgiveness and family. In a modern world, it’s easy for us to focus on our selves and not think about how our actions effect other, including possibly the next generations of those around us. A cycle can happen, and it’s important for us as Christians to try to forgive, be accountable and stop that cycle of resentment and bitterness. When we don’t, even the next generation we inspire grow up with a chip on their shoulder. This is a strong theme of the movie.

The music relates to the the characters’ feelings and emotions, and it’s fun to see such an all-star cast brought together to tell this story. It feels like a live action gospel play.

What ever objections I may have to this film, are overruled by wanting to support these type of spiritual movies. I grade them on a different scale, because I want to support the good guys trying to make the movies for an under-served audience. I had a chance to talk with Director Kasi Lemmons and Producer TD Jakes about the film, and they both felt that their was a need for these type of films. It helps you take a look at your life in a different way.

Positive
Positive—…This is an imperfect, but warm and very spiritual film. It proclaims Jesus the Son of God from start to finish, and I’m shocked that Hollywood let this out there. Conservatives may not appreciate the short dream sequence that places Christ’s birth in modern day New York, but it’s a dream sequence by a sinner, and it’s intended to show him truth in a way he can comprehend.

There is one *d—n* in the whole film, and nothing else. There is much beauty here, much to be appreciated. Instead of crying about how foul Hollywood can be, support it when it does right. Churches should be sending people to see this in droves, but unfortunately it’s bombing at the box office. Go see it, and take the kids.
My Ratings: Moral rating: Excellent! / Moviemaking quality: 3½