The Place Beyond the Pines

for language throughout, some violence, teen drug and alcohol use, and a sexual reference. 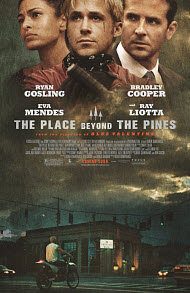 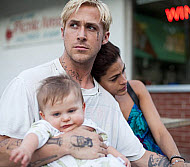 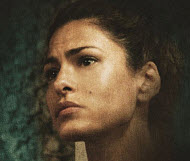 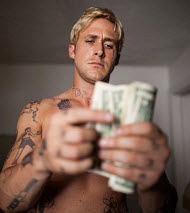 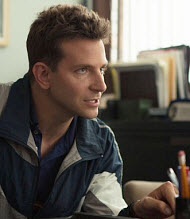 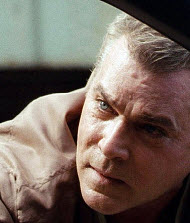 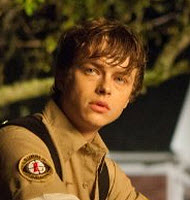 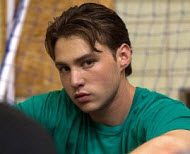 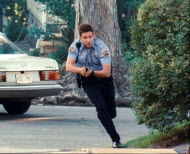 the unbreakable bond between fathers and sons

responsibility of a father to provide for his child (family)

What better ways could the hero have chosen to provide for his loved ones?

the origin of sin: fall of man

For people who know their films, you mention director Derek Cianfrance, and the immediate thought is “Blue Valentine,” the controversial but successful drama also starring Ryan Gosling in a title role. That detail would also be a turn-off to Christian audiences, due to the extreme and profane sexual content in that film.

BUT, before you tune out and count out “The Place Beyond the Pines,” let me set your mind at ease that you do not have as much to worry about. This is a three-part drama set in Schenectady, New York. A very talented and extreme motorcycle daredevil (Ryan Gosling) has his life turned upside down when he meets up with a former fling (Eva Mendes) and finds her living with their year old son.

Burdened with a sense of responsibility to care and provide, he enters their life and through his decisions interacts heavily with a local beat cop (Bradley Cooper). The decisions and main plot points are beat out in the first two parts. The third part concerns the children of the two main characters 15 years on. It’s a unique way of telling a story, and whereas some may argue a long-winded method, I think it may just hit the right limit.

Now for the content. I was concerned by this, having seen “Blue Valentine,” but “The Place Beyond the Pines” impressed me for not over-doing it when they could have. There is one moment where Gosling’s character hits out in anger, another where a gun is placed in another man’s mouth that could have been horrific, if the artistic choice had been made. There is a death about a third of the way through where the result is quite grisly, but not an eye-closer.

The sexual content is brief and not over-dramatized, or glorified. There is a high-school party where a make-out scene is interrupted, and a close up of a couple lying in bed with her breast covered with a hand. At no point is there graphic nudity or sexual content.

As far as language goes, we begin to delve into the extreme. There are over 140 uses of the F-word, and plenty of other vulgarities. The Lord’s name is taken in vain a handful of times. However, this does not contain the feel of “The Departed” or movies of that nature where it seems terribly overused. Do not underestimate what I’m saying, however. The language is of an extreme nature and therefore makes this film very unsuitable for any child or young teenager.

There are many reasons for us to hate Hollywood, the messages they preach, the lessons they teach, the examples they give. This is a dark film—a film of anger, corruption, revenge, and adolescent rebellion. But these are real issues—life lessons we face across the globe. “The Place Beyond the Pines” compacts all these issues into three or four people’s lives, but they still apply, and the way they go about dealing with them may not be correct, but they are still things we can think about.

We are taught not to respond in anger, but in love, to be honest and upright and not evil in our actions or thoughts. We have to choose to turn the other cheek, and to respect our parents. None of these are adhered to in this movie, but every character learns a huge lesson in the poor choices they make. This is not a movie of good choices, but an example of all the wrong ones. Is there a reason for setting this before our eyes? Perhaps not. But there is no doubting there is plenty to learned by some in watching this.

This is not a bad film. It is beautifully shot, wonderfully thought through, and the quality Derek Cianfrance brings is on a level not many people will have seen. Ryan Gosling is a fantastic actor and coupled with Bradley Cooper gives a masterclass of character chalk and cheese.

This is an adult movie. Very justifiably R-rated. But a thought provoking one. And perhaps worth your time. If you can sit still for 140 minutes.