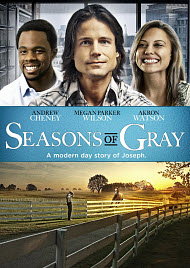 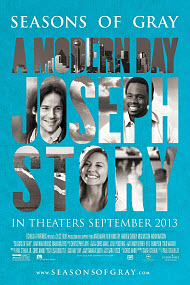 about faith and hope in the Bible

about Joseph in the Bible

being hated and betrayed by family members

staying strong in the Lord

difficulties of being separated from family

false accusations / being falsely accused of a wrongdoing

The issue of pain and suffering

We forgive because we are forgiven.

dreams in the Bible

Does God really still given people the power to interpret dreams?

Here’s what the distributor says about their film: “Hated and betrayed by his brothers, Brady Gray is forced off of the family ranch and must start a new life in Dallas. With a good job and a promising romance, better days seem to lie ahead until Brady is framed for a crime he didn't commit.

What man intends for evil, God intends for good. This simple, yet powerful, message is all Brady Gray has left. His brothers, driven by jealousy, cast away their own flesh and blood in the same way Joseph was sold into slavery by his siblings. Heartbroken and separated from his family, Brady holds tightly to his faith and begins to build a new life for himself. But there are more challenges in store for this servant of God. False accusations land Brady in prison, where his God-given gift of interpreting dreams helps him forge friendships that will play an important role in his ultimate salvation. Upon his miraculous release from prison, Brady discovers, as his dreams predicted, that his brothers direly need his help. Despite the pain and suffering caused by his betrayal, Brady must find the strength to embrace one of the Bible's most important messages: We forgive because we are forgiven. Seasons of Gray is a modern day retelling of the story of Joseph and his coat of many colors. This uplifting feature film is quality family entertainment with strong morals and an enduring message of hope.

Movie Critics
…Because of its powerful presentation of timeless themes, and its strong lessons for viewers, the Parents Television Council is proud to award Seasons of Gray with the PTC Seal of Approval…

Christopher Gildemeister, Parents Television Council
…a riveting story that many people will relate to on multiple levels…

Paul Stanley, The Christian Post
…This is a terrific story which everyone should be able to relate to. …This one will inspire viewers to remember that God is always at work behind the scenes of our lives…

The Dove Foundation
…Absorbing, emotionally rich, often touching. SEASONS OF GRAY is a smart re-telling of the Joseph story in the Bible that raises big questions about fate and forgiveness. …

Michael Medved
…fresh, interesting… A story told without apology or a lot of excess window dressing. …

Paul Asay, Plugged In
…engaging, with a strong Christian worldview, but some of the acting and production values could have been better. …