for violence, some thematic material, drug use, smoking and brief strong language. 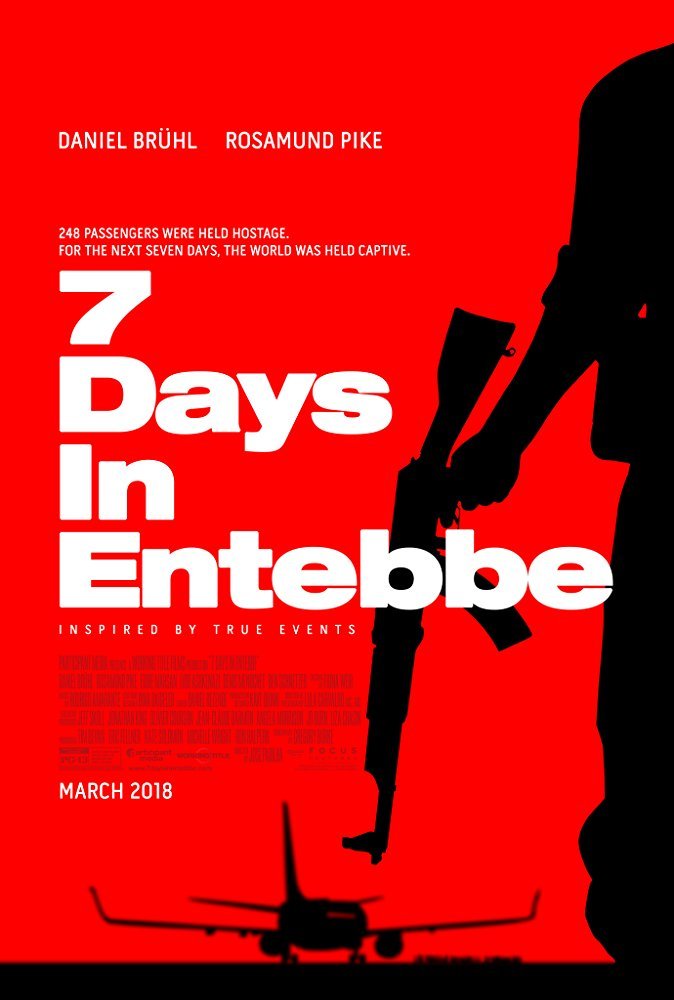 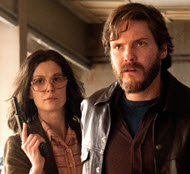 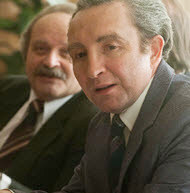 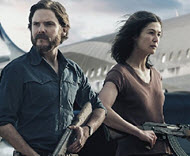 The effectiveness and danger of Satanic deceptions 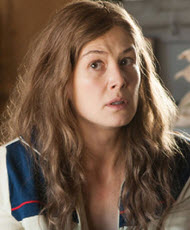 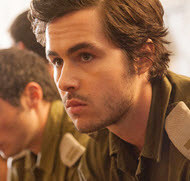 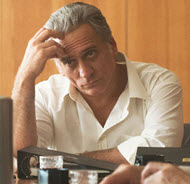 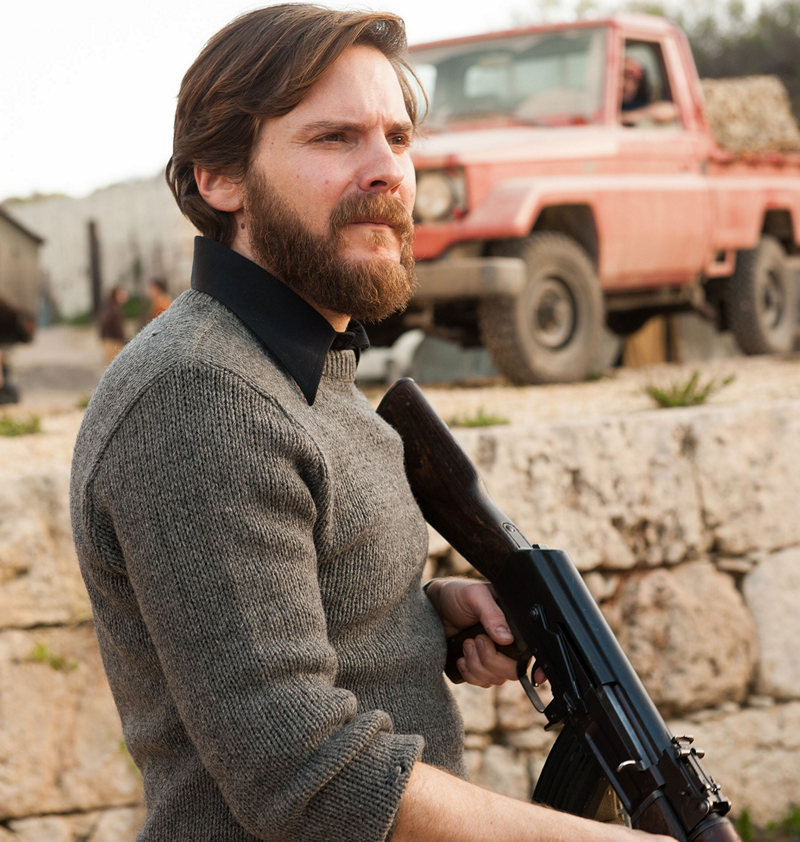 “248 passengers were held hostage. For seven days, the world was held captive.”

On June 27, 1976 two Palestinian terrorists and two German terrorists hijacked an airplane flight out of Tel Aviv with 248 passengers. They diverted the flight to the Entebbe airport in Uganda where they demanded that Israel release 53 terrorists held in Israeli prisons or they would kill all 100 Israeli prisoners. Israel responded with a daring rescue mission resulting in the rescue of all but four hostages and a single casualty among the IDF soldiers, the elder brother of current Prime Minister Benjamin Netanyahu.

The daring rescue mission helped establish Israel as a nation which would not tolerate terrorism against its citizens and as one of the elite fighting forces in the world. It so captured the imagination of the world that two television movies were released within six months of the raid. Now, forty-two years later, Hollywood has made what they hoped would be the definitive theatrical version of the film, but alas, “7 Days in Entebbe” falls short of its lofty goals.

The film attempts to weave its narrative by concentrating upon the two German terrorists. It hopes to build a human story rather than merely relating political facts and figures. However, it fails in two ways. First, by trying to create a story about the German terrorists, they find themselves trying to create sympathy for them, and, in so doing, the film sometimes feels like Palestinian propaganda. Some have claimed that the movie is anti-semitic, but I did not see it that way. I saw it was politically correct. In trying to humanize the terrorists, they inevitably made them out to be sympathetic. Thus it is not surprising that the terrorists would be spouting out anti-Israel propaganda and calling the Jews Nazis. Nevertheless, the decision poorly influences the film, which could have focused more on the hostages, if they were determined to focus on individual stories.

The second flaw is a by-product of the first. If they wanted to build a story around people, then why not build it more around Netanyahu, or some of the hostages? Would they not make more sympathetic characters? Whatever the reasons for the decisions, they negatively impact the film.

Nevertheless, one unique aspect of the film, that some critics have criticized, is the occurrence of an Israeli dance intercut with the actual Raid. They felt that this peculiar choice took away from the rescue mission, but it was actually one of the most interesting parts of the film. The dance and song was an allegory for the Jewish struggle and its beat worked as a sort of montage video for the rescue scenes. I am thus neutral on the film as a whole, but felt that the choice to add an Israeli dance number helped to create a certain cultural appreciation for Israel and provided a change from an otherwise underwhelming film.

In terms of parental warning, the violence is what one would expect from a PG-13 film. There is nothing excessive or inappropriate to a film about terrorists and a rescue mission. A number of people are shot, and there is obviously blood, but there is nothing gory or exploitive shown. Parents should be aware of the violence, but, given its context, it is not surprising or extreme.

On the language front, the film’s main objection is the appearance of the f-word with some other cuss words and anti-semitic slurs.

“7 Days at Entebbe” could be useful in explaining to the younger generation about how Israel’s national survival is itself a miracle and about how some people allow hatred to drive them. Wilfried Böse, the German terrorists, says “I am not a Nazi, I am an idealist!” The quote is genuine according to the survivors. However, this “idealist” resorted to terrorism and murder to achieve his “idealistic” dreams. This is the epitome of Satan’s deceit. A German man blamed the Jews for the problems of his then divided Germany. His “idealism” spoke of one thing, but his actions speak of another. Marxism does the same thing, and Germany was a Marxist country. Hitler was a member of the “National Socialist German Workers Party.” So also Palestinian terrorists have bought into the same lies—pursuing an “ideal” with hatred, blindness, and terror.

Such irrational logic is the by product of a spiritual warfare of which Paul spoke in Ephesians 6:12, saying,

Editor’s Note: Unfortunately, the producers did not attempt to be totally historically accurate, rather the distributor only says the film’s story is “INSPIRED by true events.” The 2015 book by Saul David titled Operation Thunderbolt: Flight 139 and the Raid on Entebbe Airport, the Most Audacious Hostage Rescue Mission in History reportedly reveals information that had previously not been available for previous films and books about “Operation Thunderbolt” (Operation Entebbe), due to classification and security reasons. This turning-point anti-terrorism operation took place 4 years after the tragic Munich massacre of Israeli Olympic team members during the 1972 Summer Olympics by the the well-trained Palestinian terrorist group Black September.

Movie Critics
…gripping but flawed… but it has an urgent tick-tock suspense that sweeps you up. … [B+]
Chris Nashawaty, Entertainment Weekly
…lethargic …All this should be the stuff of nail-biting drama, but there's a curious shortage of suspense… Rosamund Pike…and…Daniel Bruhl…play the nominal central characters…German militants sympathetic to the Palestinian cause, they’re central only in the sense that the Palestinian radicals heading the operation alongside them are merely interchangeable faces barking occasional nervous commands. …
David Rooney, The Hollywood Reporter
…succumbs to some apparent political correctness and revisionist history to “humanize” a couple of the terrorists, along with promoting moral equivalence between the Israelis and the Palestinians… puts too much focus on the two German hijackers and the lead Palestinian hijacker…
Ted Baehr, Movieguide
…the vast majority of the passengers are a nameless, voiceless mass of humanity, with the exception of an elderly German Holocaust survivor who briefly bonds with Bruhl’s character and the flight’s engineer (a very good Denis Menochet) who serves as the much-needed, level-headed voice of reason. …
Christy Lemire, RogerEbert.com
…muddles an otherwise fascinating story… The dance is meant to gum up our rah-rah responses to the Israeli military team’s shooting and killing and it certainly does, but in ways that make us jeer the movie instead of take its message to heart. It’s killingly dumb.
David Edelstein, Vulture
…sluggish account of the 1976 plane hijacking… The movie's individual parts are respectable, but the way they've been cut together merely blunts their impact. [2/5]
Jonathan Romney, The Guardian
…What should unfold like an unsettling chapter in a long, tragic story—or a tale of cruelty and heroism—feels more like an old TV show. Everybody is going through the motions.
A.O. Scott, The New York Times
…poorly edited in such a way that makes it hard to engage in any of the three major plot threads… everything it says is muddled, empty, and bogged down by fighting other subplots for screen time… [2]
Robert Kojder, Flickering Myth