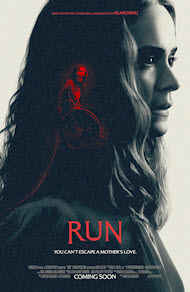 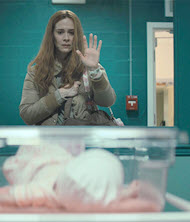 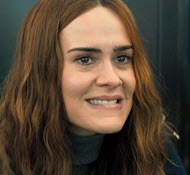 A “mother” and “caregiver” with extremely evil, deceptive and criminal actions

About LYING and why God hates it

Women who try to deceive everyone around them

Factitious disorders imposed on another / fabricated and induced illnesses by “caregivers” / a.k.a. Munchausen syndrome by proxy

Poisoning another person inorder to control them

A child being imprisoned by a “parent” 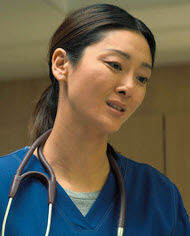 Sinful manipulation of physicians and pharmacists 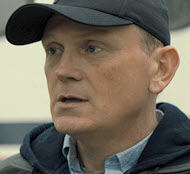 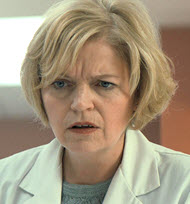 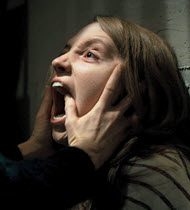 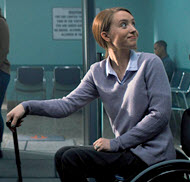 “You can’t escape a mother’s love.” 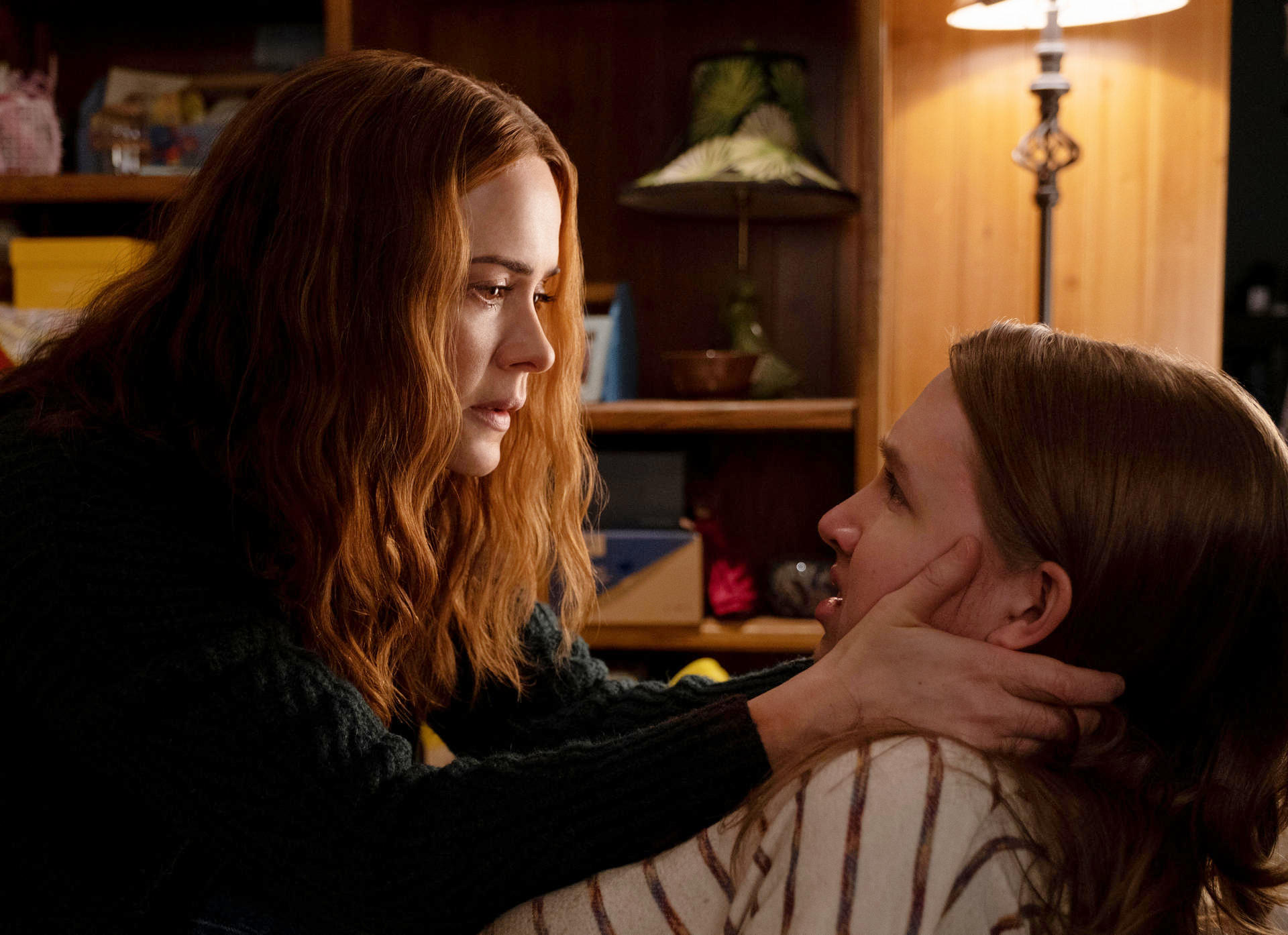 Chloe has her routine down to the letter. Wakes up, hops into her wheelchair, brushes her teeth, eats breakfast, takes her wheelchair lift downstairs and works on her machinery at home. Hold on, I failed to mention something as part of her routine. She wakes up, takes medication, brushes her teeth, takes her wheelchair lift downstairs, eats breakfast, takes MORE medication, checks her blood sugar, does her morning exercises, does her homeschool work and THEN she gets to tinker with her machinery for fun.

Much of Chloe’s life is focused on her health: her medications, about how sick she gets, her asthma, her heart problems, her diabetes, her inability to walk. For Chloe it’s almost 24/7. Chloe’s gotten used to it, and her mother, Dianne, has been managing her health for the past 17 years.

One day, however, while Diane (Sarah Paulson) is putting away groceries, Chloe (Kiera Allen) looks in one of the grocery bags and notices that one of the pill bottles is her MOM’S containing pills that look identical to the one’s Chloe receives. Chloe knows her prescriptions down to a science, so she gives her mom the third degree. “What gives?” she asks. Her mom replies, “My name you saw is just the receipt they slapped on the outside of the pill bottle.” “Uh huh,” Chloe thinks, “I’m not buying it.”

As Chloe digs deeper into her own medicine closet (and, no, this isn’t a spoiler) she peels off the labels of her prescription bottle to discover her mom’s name underneath. Chloe realizes that Diane has been prescribing her own medicine to Chloe to make her sick.

As time passes, Diane begins to realize that Chloe now knows the truth (or at least some of it) and needs to contain the fire before it gets out of hand. She begins locking Chloe in her room, monitoring her more, but Chloe is more clever.

At first glance, one might ask why such a film was undertaken in the first place. I say this because (and honestly it initially felt like a sense of déja vu) back in 2019 Hulu addressed a similar topic involving a case of Munchausen’s Syndrome by Proxy in their mini-series, “The Act,” which this film “Run” addresses in a similar manner. While “Run” was NOT able to make a theatrical release due to COVID-19, “Run” ended up being released on Hulu, which begs the question why allow two different productions that address the SAME issue on the same platform, Hulu? Well here are my thoughts.

First, “Run” has a much different tone and feel than “The Act.” “Run” has a slightly darker tone than the series “The Act.” “Run” takes the time, even in the span of 90 minutes (which feels right for this film), to address the elephant in the room: what are the consequences of the actions to the victim who suffers in a case like this? We watch as Chloe has to physically and mentally come to grips with the fact that for 17 years the person she has trusted and relied on to protect her has been secretly keeping her ill, hidden away and only for herself. As an audience member, the shock factor in the “Run” truly lends itself, not so much in Diane’s actions, but in her willingness to commit these actions WITHOUT a second thought and without doubt, whereas “The Act,” only touches upon this in bits and pieces.

With regards to production value, the plot is straightforward and easy to follow. The pacing is fairly even, with only one moment of lag. I would be remiss if I failed to applaud Sarah Paulson’s overall performance as Diane. She gives an absolutely flawless performance—from subtle nuances in the tone of her voice, quick glances, and sudden changes in her voice at the spur of a moment. Even the most stubborn critic could find no fault in Paulson’s performance. But the true star that is a force to be reckoned with here is up and comer, Kiera Allen. “Run” is her FIRST film, and she provides such depth and understanding to Chloe. I empathized and cheered for Chloe every step of the way, and that only happens when there is enough character development.

Violence: A character is murdered with drugs. A character falls down the stairs, due to a trap, landing on her back and we see blood. A dead body’s legs are seen being dragged. A character is kidnapped from a hospital. Someone is shot and falls down a flight of stairs.

Sexual Content: In a phone call we hear a man calling a girl he had a one night stand with.

Nudity: We see Chloe wrapped up in a towel (briefly). We see Diane from the rear naked in the shower (her behind is covered).

Drugs: Very Heavy. Chloe takes prescribed medication and has to check her blood sugar. We also see her give herself an insulin shot. Diane gives Chloe her prescriptions and lies to Chloe about it. Diane injects Chloe with something to stop her asthma attack. A character realizes she has been given dog meds. A character is killed with drugs. Someone fills a syringe with a toxic substance to inject into Chloe but doesn’t. Someone ingests a poisonous substance on purpose and is later seen in the hospital getting her stomach pumped.

Other: There is action involving heights. In order to escape her room, disabled Chloe has to escape through her window, crawl across the roof, break through another window, crawl across the top room while struggling to breathe. Surgeons are seen working on a premature infant. Chloe is seen spitting into the toilet (3 times). Chloe is seen with rashes on her back. Diane deliberately withholds mail from Chloe. Diane locks Chloe in her room unnecessarily.

Diane abuses her authority as a parent, committing many terrible sins. She does not honor the Lord with the great responsibility of raising a child. Parents are to provide protection from physical, mental and spiritual harm, not cause it.

“Run” reminded me of the importance roles that mothers and fathers play in the upbringing of children. In households that truly seek to follow Jesus Christ, there is to be honesty (not lies), true love and self-sacrifice, mercy, grace, repentance for sin, and fear of the Lord. Parents and children are to learn and follow God’s Word—living in wisdom and truth following the example of our Lord Jesus Christ.

“Train up a child in the way he should go; even when he is old he will not depart from it.” —Proverbs 22:6

“Fathers, do not provoke your children to anger, but bring them up in the discipline and instruction of the Lord” —Ephesians 6:4

Those who are looking for a mature, gripping psychological thriller with good acting may find “Run” interesting. On the other hand, the underlying theme is Munchausen’s by Proxy, a twisted life of continual lies and deception, abuse of prescription drugs and murder. The story is dark and far from uplifting. There is also some profanity, violence and partial nudity. Ultimately the decision is yours, whether you will watch this film… or RUN from it.