What is…
the fear of the Lord
and why is it so important?

The fear of the Lord is the beginning of knowledge…
—Proverbs 1:7a KJV

Do not be wise in your own eyes;
Fear the Lord and turn away from evil. —Proverbs 3:7 NASB

Behold, the fear of the Lord, that is wisdom;
And to depart from evil is understanding.
—Job 28:28b NASB

Who is the man who fears the LORD? Him will he instruct in the way that he should choose. His soul shall abide in well-being, and his offspring shall inherit the land. The friendship of the LORD is for those who fear him, and he makes known to them his covenant. —Psalm 25:12-14 ESV

A healthy and proper fear of God is sadly lacking in most parts of the world today. People are happy to think of the love of God, His goodness, grace and mercy, but they are uncomfortable with thoughts of His pure holiness, sovereignty, justice, judgments and truly awesome power.

And so many create a God of their own liking, a false god, and acknowledge and praise him instead—telling themselves that he is the real god. This idolatrous god in their mind, is a self-delusion, and often results from false teachings.

Proper fear of the God, our Creator

The reality is that…

“It is a terrifying thing to fall into the hands of the living God.” —Hebrews 10:31 NASB

God’s inspired Word, the Bible, provides an accurate description of what proper fear of the Lord is, and a lengthy record of what has happened when people failed to respect and honor God, and failed to be wary that God sees all, knows every thought and will most certainly provide righteous justice against sin—both external and internal. It is His very nature to do so.

He is so powerful that no one on Earth or in Heaven can sidestep His response to their wickedness. Be wary sinners, it is possible to make God FURIOUS.

Teach me Your way O LORD,
And I will walk in Your truth;
give me an undivided heart that I may fear your name.
—Psalm 86:11

See: humility and wisdom and prayer

There are many people who consider themselves Christians, but are not truly following Jesus Christ. They comfortably ignore the reality and fulness of who their Lord truly is—and what God knows them to be. In reality, there are only 2 types of people in the world—enemies of God and children of God. The vast majority of people remain God’s enemies—continually sinning against God in their actions and thoughts and failure to do what is good and right. Every sin is a sin against our Creator most of all.

The 2nd Person of the Trinity, who we became incarnate and known as Jesus, the Christ—loving, healing and humble, is the very same Person who not only created the universe out of nothing, and created Adam out of the dust of the Earth (and made his wife Eve from Adam’s side). His enormous power is beyond our human comprehension.

Jesus is also all-knowing, holy and perfect in His justice. This same Person EVICTED Adam and Eve from paradise because of their sin and newly born wicked nature. He placed the curse of death on that couple and all their descendants, including you and I.

Due to Adam’s sin, He cursed the Earth—and, today, that still affects virtually all parts of our everday lives.

When the depravity of man degenerated into extreme evil and spread worldwide, that same Divine Person destroyed them all—devastating the entire Earth with a global flood catastrophe, saving only Noah and his family.

Whether they realize it or not, all people of the world still live DAILY with the enormous effects of that immense judgment on human sin. 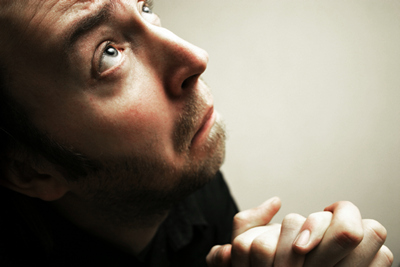 If you are unGodly, you should absolutely tremble at God’s all-knowing presence—His full knowledge of every single one of your selfishness wicked thoughts and deeds—and your repeating failures to do what is truly good and right

God is the Judge of all the Earth and deadly serious about sin and sinners.

Not many years after the Flood, mankind again began a rapid degeneration into great evil and attempted to form a one world government and an idolatrous religion at a place called Babel (later known as Babylon).

Again, God moved powerfully and decisively. In a single instant, He took away humanity’s single language—the language of the pre-Flood world. To this day, we live with the strong effects of this confusion of languages and the dispersal and divisions that resulted.

Later, God utterly and spectacularly destroyed the wicked of Sodom and Gomorrah. He even turned a mother into a pillar of salt, for disobediently looking back to those evil cities—in direct violation of His command. Through the following centuries, God rained down plagues, great hailstones and severe lightning to destroy enemies of God. He commanded His Chosen People to destroy entire cities because of the stench of their evil and idolatrous ways.

Again, bear in mind that all these judgments are from that same Person of the Holy Trinity that we now know as Jesus Christ, the Messiah. When He came to Earth in the 1st century, He presented himself in amazingly great humility, mercy, grace and love, but there is much more to His true nature to understand than just that aspect. There is also His awesome power, purity, righteousness and absolute justice. Scripture calls Him, THE JUST ONE. When He again returns to Earth (the 2nd Coming), it will not be as before; His full nature will be obvious to all.

This same Person employs powerful angelic DESTROYERS to carry out His executions and other judgments on Earth.

Sadly, wickedness arose among God’s Chosen People, and they were severely punished, as commanded in no uncertain terms by God (see punishments). The history of the Hebrews is lasting witness to God’s repeated judgment on their often evil thoughts and behavior.

Even the religious leadership of the Hebrews was not immune. Two priests (sons of Aaron) broke some fundamental rule of consecration in their offering of “strange” “unauthorized” incense fire to the Lord, and He immediately consumed them with fire from Heaven (Leviticus 10:1-3).

Sadly, the religious leaders of the Jews often became hypocrites and the worst offenders of God’s commands. The Pharisees and scribes became greedy and self-serving, instead of the pure, holy, kind and loving servants of God they were meant to be. (See our article on the occasion of the widow’s 2 mites and the judgment Christ prophecied did as a result)

What right does God have to do such things?

God is our Creator, thus He owns us and has authority over us. He is our Sovereign.

…O Lord,
You are our Father; We are the clay, and You our potter; And all we are the work of Your hand. —Isaiah 64:8 NKJV

Do you thus deal with the Lord,
O foolish and unwise people?
Is He not your Father, who bought you?
Has He not made you and established you? —Deuteronomy 32:6 NKJV

For the Godly repentant, regenerate and obedient, what does it mean to have “the fear of the Lord”?

The Lord favors those who fear Him,
Those who wait for His lovingkindness. —Psalm 147:11 NASB

Charm is deceitful and beauty is vain,
But a woman who fears the Lord, she shall be praised. —Proverbs 31:30 NASB

In the Old Testament, the fear of the Lord is an indication of true devotion and reverance. It is a fear combined with love and hope, and is therefore not a slavish dread, but rather the respect and reverence of children for their Heavenly Father.

The fear of the Lord is clean, enduring forever;
The judgments of the Lord are true and righteous altogether. —Psalm 19:9 NKJV

For as the heavens are high above the earth,
So great is His mercy toward those who fear Him;
As far as the east is from the west,
So far has He removed our transgressions from us.
As a father pities his children,
So the Lord pities those who fear Him.
For He knows our frame;
He remembers that we are dust. —Psalm 103:8-14 NKJV

Fear of the Lord, for true followers of Jesus Christ

A holy fear of the Lord is also urged in the New Testament to prevent carelessness in relationship to God, and as an incentive for repentance. During the pivotal time of the Early Church, God publicly killed a husband and wife (Ananias and Sapphira) who attempted to deceive God and the Church (Acts 5:5).

And do not fear those who kill the body but cannot kill the soul. But rather fear Him who is able to destroy both soul and body in hell. —Matthew 10:28 NKJV

Knowing, therefore, the terror of the Lord, we persuade men… —2 Corinthians 5:11a NKJV

…let us cleanse ourselves from all filthiness of the flesh and spirit, perfecting holiness in the fear of God. —2 Corinthians 7:1b NKJV

…work out your salvation with fear and trembling —Philippians 2:12b NASB

submitting to one another in the fear of God. —Ephesians 5:21 NKJV

…serve God acceptably with reverence and godly fear. For our God is a consuming fire. —Hebrews 12:28b-29 NKJV

“My son, do not regard lightly the discipline of the Lord,
Nor faint when you are reproved by Him;
For those whom the Lord loves He disciplines,
And He scourges every son whom He receives.” —Hebrews 12:5b-6 NASB

The Apostle John experienced a glimpse into the reality of God and his heavenly servants. In the Book of Revelation, he recorded,

I saw another angel flying in midheaven,
having an eternal gospel to preach to those who live on the earth,
and to every nation and tribe and tongue and people;
and he said with a loud voice,
“Fear God, and give Him glory…” —Revelation 14:6-7 NASB

For you have not come to a mountain that can be touched and to a blazing fire, and to darkness and gloom and whirlwind, and to the blast of a trumpet and the sound of words which sound was such that those who heard begged that no further word be spoken to them. For they could not bear the command,

“If even a beast touches the mountain, it will be stoned.”

And so terrible was the sight, that Moses said,

“I am full of fear and trembling.”

But you have come to Mount Zion and to the city of the living God, the heavenly Jerusalem, and to myriads of angels, to the general assembly and church of the firstborn who are enrolled in heaven, and to God, the Judge of all, and to the spirits of the righteous made perfect, and to Jesus, the mediator of a new covenant, and to the sprinkled blood, which speaks better than the blood of Abel. —Hebrews 12:18-24 NASB

How to be saved from the wrath of God