for some violence, strong language, a sexual reference and brief drug references. 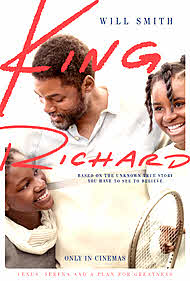 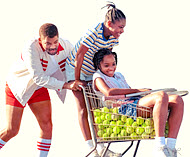 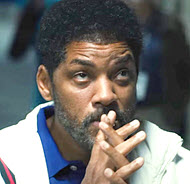 People who seek fame and fortune —“We’ll have two kids, and we’ll become rich. They’re going to be tennis players.”

Lust for money and fame

A man who decided his future daughters would be tennis professionals and then wrote up an 78-page plan, and started giving lessons to Venus and Serena when they were 4½ years old

Pros and cons of athletes being coached by their father

The world of tennis competition

A father who divorced 3 wives

What does the Bible say about pride versus humility? 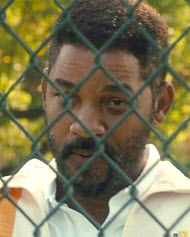 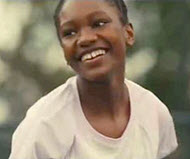 “Growing up, nobody had respect for Richard Williams, but they’re going to respect you two, Venus and Serena,” says Richard Williams (Will Smith) of Compton, California. In fact, before they were even born he wrote a 78-page plan for their entire future and makes sure that it goes according to plan. At the same time, he swore he’d be a better father than his father and promised to always protect all of his daughters.

Richard and his Wife, ‘Brandy,’ were former tennis athletes before they settled. As such, Richard (and sometimes Brandy) has been training Venus and Serena from the ages of 4 and 5 to become world-class tennis players. This sometimes involves late nights, drills, and a lot of practices. The girls love it though, and they love their father Richard.

Richard believes that they have what it takes to go all the way… but will the world give these girls that same chance?

Biographical films often show only ONE perspective. When this happens, I often hear the voice of an old college professor from a library skills class saying to me, “Never just believe the first thing you see or read. Always verify your information.” So for this particular review, I’d like to do that. So here are some facts about the real Richard Williams, in case you’re wondering.

Fact #1: He accidentally discovered how profitable tennis could be as a profession and decided to not only learn the game, but also teach it to the unborn daughters he believed would one day be at “the forefront of a white-dominated game.”

Fact #2: Richard has been married three times. In the film you only hear about one previous marriage and some of his other kids.

Fact #3: After marrying and divorcing Oracene ‘Brandy’ Price he began a relationship Lakeisha Juanita Graham who was only a year older than Venus. They eventually married.

The film presents Richard as a man who came from hard beginnings, remained humble but strived for excellence from his daughters. As Richard himself says to a character in the film, “Are we hard on the kids? Yeah, we’re hard on the kids. That’s our job! To keep them off the streets.”

Indeed, Richard Williams was (and still is) a man who always questioned his parental choices when it came to Venus and Serena’s upbringing, particularly in how hard he pushed them and at such a young age. As we witness in the film, he did indeed sometimes have them practice in the most unfavorable conditions. According to Rick Macci, the girls’ former coach:

“…His (Richard’s) techniques also included throwing a beer bottle to the back of the court to stop the girls from going too far back during matches. “The one thing I knew Venus and Serena had is they’d run over broken glass to get a ball. There were a few times Richard put broken glass on the court,” Macci said. “The glass was behind the baseline, back by the fence, so they wouldn’t back up and take the ball early.”

However, to his credit, Richard Williams (and this is coming from a variety of sources I researched) wasn’t like other tennis player parents. He didn’t have Venus and Serena focus their entire life on tennis; they also had to seriously focus on their studies. He wanted to ensure they had a strong education.

“King Richard,” executively produced by Will Smith and wife Jada Pinkett Smith, along with Serena and Venus Williams, doesn’t paint Richard in a perfect light. Yet, I can’t help but wonder, upon reflection, if we are only seeing ONE side of the story. Had there been a more neutral party involved in the writing process, this would probably have been a more accurate biographical film, as opposed to a one-sided one.

Cinematically, the film is an marvel. Will Smith must have studied Richard, and it shows. Every subtle nuance, from the way Richard talks, his mannerisms, his humor, to his stance is intact and carefully crafted. However, up and coming actress Saniyya Sidney’s performance should not be understated.

My main complaint is the pacing. It’s a tad slow toward the end of the second act, but then picks up again toward Act 3 and—for those who don’t know much about Venus’ early career—toward a riveting conclusion.

VIOLENCE: A character is kicked in the stomach by some gang members for defending his daughter (his daughters witness this). A character beats a man with a tennis racket, but then gang members later come up and begin beating the character into unconsciousness. Someone is killed in a drive-by shooting. We witness someone crossing the street and coming very close to shooting someone. We hear someone say that parents that fail to prevent their kids from ending up on the streets where they have their heads blown off should be arrested. Police are seen beating up a suspect on TV. Venus angrily tries to hit tennis balls at her dad. We hear a story about how a white man was beating up a black man.

SEX: We hear that a woman across the street from where Richard lives has a daughter who is a prostitute. We hear about how Richard has fathered other children. We hear guys cat-calling and hitting on one of Richard’s daughters.

NUDITY: Characters are seen wearing rather short shorts, including short bathing suit bottoms. In one locker room scene we see a girl in a towel and a girl changing out of a shirt.

OTHER: A parent scolds a young child for how horrible she played at a championship tennis game (she seems no older than 8). Richard attempts to drive off without the girls in one scene to teach them a lesson about bragging. There are occasional conversations regarding racial discrimination. We also hear how “amazing” it is that Venus made it to junior pros—given her “upbringing.” Again, Richard pushes and parents Venus and Serena too hard sometimes. We also see some of Richard’s anger displayed from time to time.

The focus of the film is on parenting and on the important role a parent has in their child’s life. It is so critical that parents be there for their children, and that their children know just how much they are loved by their parents. Parenting is one of the most essential and difficult roles anyone can take. There is no instruction book. However, God provides some essentials for Christian parents on raising their off-spring.

“Train up a child in the way he should go; even when he is old he will not depart from it.” —Proverbs 22:6

“Behold, children are a heritage from the Lord, the fruit of the womb a reward. Like arrows in the hand of a warrior are the children of one’s youth. Blessed is the man who fills his quiver with them! He shall not be put to shame when he speaks with his enemies in the gate.” —Psalm 127:3-5

What are we to teach the children?

“Therefore be imitators of God, as beloved children. And walk in love, as Christ loved us and gave himself up for us, a fragrant offering and sacrifice to God.” —Ephesians 5:1-2

Like the man it’s based on, “King Richard” isn’t perfect. There’s violence, some vulgarity, and other content issues on display. Regardless of how you may feel about the title character himself, the FILM “King Richard” carries messages that are far stronger than in most films these days: family, trust and perseverance in spite of insurmountable odds. In short, the positives may outweigh the negatives.

I wouldn’t take young children to see this film due to the language and violence. Also, keep in mind that biographical films often only tell the truth to a certain degree and such is certainly the case with “King Richard.”

Streaming video—
ADULTERY—“God convicts Will Smith of sin and this happened…”
Will Smith’s Open Marriage with Jada Pinkett Smith and his desire for Halle Berry has been exposed publicly, but what does God think about open marriage? Joe Kirby discusses the danger of redefining marriage.
Video by Off The Kirb Ministries
Length: 10 minutes

The one who commits adultery with a woman is lacking a heart of wisdom;
He who would destroy his soul does it. —Proverbs 6:32 LSB

What is WISDOM and how to find it?

ADULTERY — What does the Bible say about it?

Positive
Positive—I loved this movie! It was a story of perseverance, parental love, sisterly love, faith in God, and overcoming insurmountable obstacles. It’s another feel-good sports movie, but finally, one that isn’t about football! Be warned, there is “ghetto violence,” drugs, alcohol, and talk of prostitution. None of these are glorified, though. They are always shown to be the wrong path. I have two teenagers, and I’ll be encouraging them to watch it. I don’t think it’s for younger kids, though. The PG-13 rating is appropriate.
My Ratings: Moral rating: Better than Average / Moviemaking quality: 5
Chrystal, age 44 (USA)

Secular Movie Critics
…Enjoyable and well-crafted as it is, this movie can’t quite decide what to do with the tougher, darker side of Richard Williams. …[3/5]
Peter Bradshaw, The Guardian (UK)
Why does Will Smith’s new movie make the story of the two greatest female athletes of all time into the story of one male hero? …“King Richard” is a Will Smith vehicle, through and through. …There’s a reason neither of their names are in the title, even if each is more fit to wear the crown. …the movie doesn’t want to portray Richard as toxic, because he’s the good guy. He’s Will Smith! …
Allegra Frank, Slate
…a transparent attempt at image rehabilitation… Rarely has a film used its foreknowledge of a happy ending as a reason to remain so uncritical and incurious of its central subject. …in pushing back against the image of Richard Williams (Will Smith) as nothing but a greedy narcissist, the film smooths out nearly all of the man’s rough edges. And despite acknowledging his almost superhuman obstinacy, King Richard frequently veers into shameless hagiography. …[1½/4]
Derek Smith, Slant
…It’s lots of fun until you notice it doesn’t quite add up. …its portrait of a buccaneering power dad is glaringly incomplete… [3/5]
Robbie Collin, The Telegraph [UK]
…the milquetoast script serves the tennis patriarch a soft lob…
Jacob Oller, Paste
…It is far from a perfect film, but it tantalizes, thanks to the strong subject matter and the sharp characterizations and performances. …
Stephen Farber, The Hollywood Reporter
…“King Richard” isn't looking to break the sports biopic genre or break the Williams' sister's legacy; it's purely a crowd-pleasing performance vehicle for Smith. …
Hoai-Tran Bui, Slash Film
…Regardless of how much is true, how much has been softened and reshaped to suit the movie’s perspective, and how much is fabricated, the end result is compelling drama with top-notch performances and a feel-good denouement. …
James Berardinelli, ReelViews