for some suggestive references, language and thematic elements.

Check back later for review coming from contributor Jenny Boggs 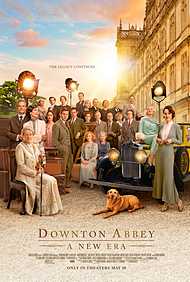 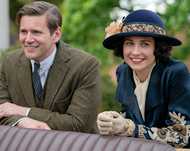 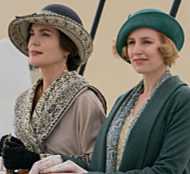 Life of the aristocracy / upper class 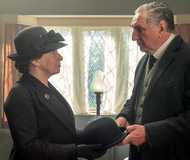 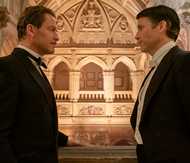 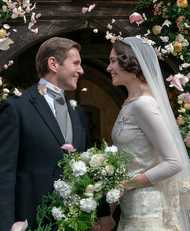 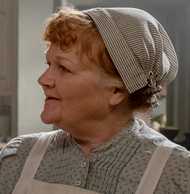 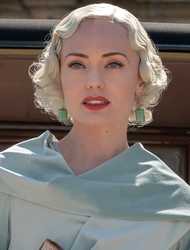 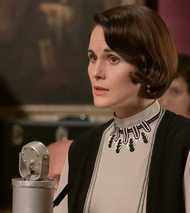 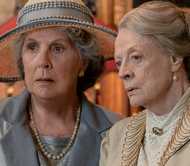 Here’s what the distributor says about their film: “Violet, the Dowager Countess of Grantham (Maggie Smith) has justed inherited a villa in the south of France from an old friend. Meanwhile, a filmmaker (Hugh Dancy) gets permission from Mary (Michelle Dockery) to shoot a moving picture at Downton Abbey. Robert (Hugh Bonneville) thinks having actors and actresses hanging around, plastered in makeup is a terrible idea, but other members of the family — and the servants — are thrilled by the idea.

In order to miss Mary's ‘frightful film,’ as Robert calls it, some of the family members, including Robert, Cora (Elizabeth McGovern), the Dowager Countess, and Isobel (Penelope Wilton), travel to the south of France to solve the mystery of why Violet's friend left her a villa.”

Positive
Positive—I really enjoyed this movie sequel for Downton Abbey and feel the script is very well written, as well as having superb acting performances by the talented cast. It highlights the challenges that filmmakers faced when transitioning from silent to talking pictures and is reminiscent of the movie “Singin” in the Rain.”

Positives: One of the best things about Jullian Fellowes” writing is that he includes humour without vulgarity. There is very little that could be considered offensive and it has a G rating here in Canada. I remember one obvious use of swear words and the character is chastised by the others for swearing. There are also a couple of very positive messages about marriage and staying true to your spouse. The viewers are well prepared for the sadness in the film by the way the story is written. It is a fitting ending and brilliant in its presentation.

Negatives: There is speculation that one of the characters cheated on his/her spouse and another is tempted to, and so it is rather mature it its theme. The Thomas homosexual storyline is very toned down compared to the last movie and was more implied. He confides in Mrs. Hughes-Carson that his friend has gotten married and the difficult subject of people hiding their homosexuality in a heterosexual marriage is touched upon. It also mentions that being the way Thomas is, is a lonely life, in an attempt to promote compassion. He later gets together with someone, but it is brief and not overly graphic. Again, it is implied based on what we know of Thomas from the past. Through that storyline though, things are restored at Downton the way they are supposed to be.

I’d recommend this film and honestly, it’s better than most movies when it comes to morals. The storyline and positive moral decisions by at least two of the characters, makes this a positive one in my books. It’s also very humourous and enjoyable. Shall we see another sequel? Who knows, but there’s certainly a number of possibilities for new storylines for these beloved characters, who seem like real people to so many of us.
My Ratings: Moral rating: Average / Moviemaking quality: 5
Kathy Pj, age 61 (Canada)