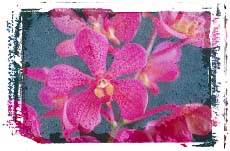 What sexual addiction? What spiritual warfare? What are you talking about? When I first heard about the birds and the bees in first grade, I was like, okay. A man and a woman come together and produce a baby via egg and sperm. Later, in ninth grade, I heard, do not do it, you’ll get pregnant. Don’t do it, you will get an STD. Big deal. The sex ed. class with my parents ended with those statements. Yes, they are Christians and tried to share info about sex with me. No, they did not know how to talk about the physical counterpart to sex, the spirit.

You see, my parents never sat down with me and the bible to show me all the things scripture had to say about sex, the good and the bad. For instance, that sex is a wonderful act created by God in Genesis. That sex can only be the most wonderful, mindblowing event (physically, emotionally, spiritually, and mentally) when two people are married. I never learned that sex before marriage could cause sexual dysfunctions relating to orgasm and self-esteem relating to body image. I never knew that sex is also a spiritual act involving two holy temples (our bodies) intertwining to become one being. I never knew that unclean spiritual principalities could taint such a joyous experience.

My parents just thought I was curious about the human body and did not say much about the magazine, thinking it harmless.

I held out for six months in that first relationship before I finally agreed to have sex. I had sex out of guilt and fear that I would lose him if I did not. A little cliché but in the teenage, non-christian realm of dating, “love” involves sex. I thought if you were monogamous to the dating relationship that it was then ok to have sex.

That first relationship ended because he “fell in love with someone else/had sex with her” before he broke up with me. That particular girl had had an STD that I miraculously did not contract from my cheating boyfriend. (I had sex for 6 years before I went in to be checked for possible STDs as I was embarrassed and afraid).

During the second year of that relationship I was in college. It was there that I came to not just know about Christ but to develop a loving relationship with Him. I then felt convicted of the wrongness of my actions of using others and letting them use me in relationships that were not lasting.

I realized that the reason I never experienced orgasms during sex or emotional fulfillment was not because of me as a person but because of me being involved in sex before marriage. I had taken a beautiful gift and let it be used perversely. Not to mention my family was Christian so I claimed to be Christian thus bringing hypocrisy upon the church and slander on God’s name.

I fell to my knees one day and prayed for help. My acceptance of Christ did not zap my problems away immediately but it did help to end that 3rd relationship as an unbeliever and a believer generally do not see eye to eye on not having sex before marriage.

After a while, I then met another man who was to be my husband. A Christian man, I thought I was ready and strong enough to date without sex involved. Surely a Christian man and I could overcome the temptations of sex! Wrong. We had sex after three months of dating. The reason? I felt guilty for still talking to and having sexual encounters with an ex boyfriend. I thought I could alleviate my guilt and “make it up to him” by sharing myself with him. Sound familiar?

After a week, I felt so guilty that I broke up with him. We started dating again a little later and sure enough, we started having sex. It was as if we could not control this sexual desire and actions on our own. We both finally decided that Christ was more important than our physical and emotional desires so we both prayed for help on controlling our desires.

From that point on, we did not have intercourse per sé; however, we did engage in oral sex as we thought, surely this is not sex. Wrong. After being convicted in spirit, we stopped this activity. It took an additional year to learn that we had to refrain from all sexual acts and to keep our clothes on at all times. It took the commitment of will to think pure thoughts about each other. It has taken 23 years to realize that people who really love each other do not engage in an activity that can harm their bodies, minds, and spirits.

The final step was to realize that spiritual warfare was occurring for my soul through my sexual weakness. On April 9, 2000, after eight years of active sexuality, I prayed for deliverance from the spirits of lust, homosexuality, wantonness, addiction, and fear. I also had two other people pray over me for deliverance from Satan’s minions.

I called upon the Blood of Christ and took faith in the promise that His blood will cleanse me. I gave a promise to God that from now on, whenever I had spiritual attacks in my weakness, that I would call upon Jesus and he would save me. I promised that when unclean thoughts and desires came again that I would bind them in the name of Christ and cast them out. I was only freed after admitting that I could not free myself by my will alone. Only the power of Jesus can deliever anyone from the unclean spirits that rejoice in humans being slaves to sexual bondage.

I wanted to be completely healed and restored, unblemished, for my upcoming marriage. Jesus did that for me. Anyone coming to Christ for deliverance must believe in the power of His Name, of His Sacrifice for us as well as taking ownership of the forgiveness He provides. We must also forgive ourselves.

I was lucky during my eight years of fornication in the fact that I never became pregnant or acquired a sexually transmitted disease. I believe that God was watching out for me then and that I had to learn the hard way. I pray that anyone reading this story does not reject what I say but will pray, open up the bible, and read what God has to say about sex.

Remember that everything everyone tells you is false if it does not correlate exactly with God’s Word. For Jesus said “I am the way, the TRUTH, and the life.” Jesus saved my life and restored my health. Satan could still attack me in the future in any area concerning sex, but I have the power of Jesus to overcome each and every time.