Why are jellyfish fossils evidence against Evolution? 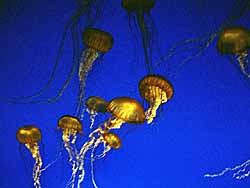 You may have heard that jellyfish fossils in Australia provide exciting evidence against evolution. This is exactly right, and it really is exciting.

You see, how would you form a fossil jellyfish fossil? Think about it. When they're dead, they float; and when they're on the beach, they melt. So how would you preserve and fossilize a soft creature like a jellyfish?

You would have to have the right sort of material to cover the jellyfish quickly, so that it would then turn hard and preserve all of its features.

But, I'm not just talking about just one jellyfish! 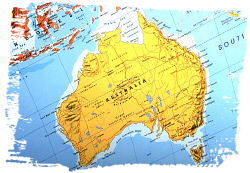 You see, in Australia there's one particular deposit that stretches for about three-hundred miles that has MILLIONS of fossilized jellyfish.

Now the evolutionists who discovered these fossils said they must have formed in less than twenty-four hours.

That would mean an enormous amount of water and mud. You know what? this fits with something like Noah's flood, not with slow processes over millions of years.

How do you form millions of fossilized jellyfish? The answer is in Genesis. The flood of Noah's day could have done it.