Where should Christians draw the line in trying to make the U.S. a Christian nation? 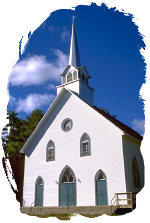 However, the idea of where to “draw the line” deserves considerable attention. There is indeed a line a nation crosses in violating the free exercise of religion, as well as the freedom of conscience.

In America, this “line” has shifted over the years. In other words, as the definition of a ”religious establishment” has changed, the concept of America as a Christian nation has also changed. In America, it has become politically incorrect to refer to the U.S. in religious terms according to the religion of the majority.

In the American context, an officially-established religion might have a defining creed; it might administer rites and ordinances; it might ordain ministers qualified to teach matters of doctrine; it might administer tests for conformity; it might offer exclusive political rights, and might compel attendance. These qualifications are not pulled out of thin air. They come from House and Senate Judiciary Committee reports as offered in 1853-1854. Congress was offering a general description of a formal religious establishment. (There were, of course, variations on this description.)

When the framers of the federal constitution came to this subject they decided against any type of formal establishment. There would be no official religious test for elected officials. The test was placed directly in the hands of the voters. Concerning formal religious establishments, this was a State matter. The national government was powerless over religious matters, except in assuring there was no national establishment and in guaranteeing the free exercise of religion.

As mentioned above, however, the various States gradually removed the formal religious establishments from their governing systems. After 1833, the U.S. was left with an informal relationship between the Church and the State—between religion and the state—at both the national and state level. This is where we are today. We are a Christian nation with an informal relationship between religion and government.

So, where do we “cross the line” when dealing with religion? We cross the line when we try to re-establish the formal relationship that once existed in America. Nobody desires to have either a State or a federal establishment of religion. This is not apart of the Christian political agenda. However, there are those who have this fear.

For example, a pastor speaking on the radio recently described the Christian Coalition as “dangerous” because they were trying to accomplish something similar to what Constantine tried to accomplish with miserable results. (As Roman Emperor, Constantine established Christianity as the state religion back in the fourth century.) Essentially, this pastor was saying that the Christian Coalition is trying to formally establish Christianity as the religion of America. The agenda of this particular political group does not support the pastor's contention.

Why the confusion? This pastor has accepted the idea that morality and religion are synonymous. He appears to believe that, for example, halting the spread of pornography establishes religion. Or that protecting the life of the unborn is a doctrinal statement. He seems to think that standing against the teaching of deviant sexual behavior in public education is a religious issue. Or that allowing prayers at graduation ceremonies violates another's rights of conscience. Indeed, the pastor has accepted the rhetoric of the mass media and the social secularists.

Author: Bill Suggs of WallBuilders. Provided by Films for Christ.

Copyright © 1997, WallBuilders, Inc., All Rights Reserved—except as noted on attached “Usage and Copyright” page that grants ChristianAnswers.Net users generous rights for putting this page to work in their homes, personal witnessing, churches and schools.