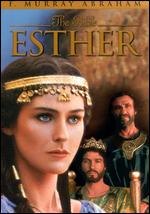 Read the Book of Esther

The festival of Purim

Miracles of the Bible

It is a time of treachery… of violence… of betrayal… in the land of Babylon. King Ahasuerus is dissatisfied with his beautiful wife when she refuses to be shown off as his most precious jewel to his drunk and riotous guests, and is easily swindled into banishing her from his realm and life forever. After a few weeks, he begins to miss his queen, but his pride is too much to be allowed to redirect his edict and have her return, and so his wise counsel suggest that beautiful young virgins from every corner of his land are to be brought to him, in the hope that one might please him and become his new queen.

Enter Esther, a beautiful young Jewish girl under the care of her cousin Mordecai. When the soldiers come through the city, literally tearing young women from their parents arms, Mordecai attempts to save her by concealing her, but she is discovered and taken to the palace, where she takes a bold stand against one of the King’s servants, and makes quite an impression upon her handlers.

King Ahasuerus is quite taken with her unusual strong will and yet gentle character, and chooses her to be his queen, little knowing that he would have changed the fate of his nation forever. Esther, bid by her cousin to say nothing of her Jewish family, is taken as a Persian into the Royal Household within, while treachery boils without in the greedy heart of a man named Haman, who is determined to become the King’s right hand.

In the meantime, two servants plot against His Majesty, but their plans are overheard by Mordecai, who sends word to Esther just in time to prevent disaster. The king has his name written in the scrolls and dismisses the matter. Soon thereafter, as Haman makes himself well known to the royal court, the Chancellor dies, and King Ahasuerus must choose a successor… Haman, who has devious ideas of his own… against Mordecai… and the Jewish nation.

The time will come when Esther must stand up for her people… but if she does so, she will die.

The film sticks very closely to the original Bible story, with a beautiful background, breathing life into the story that has long needed to be told on-screen. With lovely scenery, excellent costumes, and terrific acting, “Esther” will please anyone looking for a true adaptation of the tale of beauty, deceit, greed, and triumph that inspired every other like story in our history. And the best thing? It’s all true! This isn’t some heroine in a book… Esther lived and breathed, and this retelling does her justice.

It is a little sensual and suggestive, as Esther is appointed into one of the King’s many harems. There’s some mention of a separation between the virgins and the concubines, and she is taken into the King’s room upon her night to see if she will “please him.” He unties the strap upon her gown, and then they are shown sitting upon the bed, with him kissing up her arm and onto her neck, then laying her back into the pillows. The scene’s very tastefully done, with a blend of soft colors and camera angles that make it inoffensive.

I’d suggest parents screen it first, but, all in all, Esther’s a good watch… and an excellent video to start an interest in the one Biblical woman who saved a nation.

A more excellent choice: One Night with the King (2006)