Today’s Prayer Focus
A Home at the End of the World
MPA Rating: 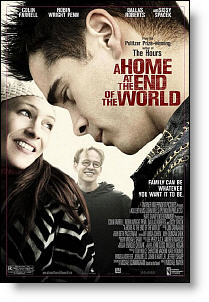 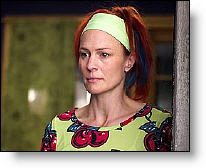 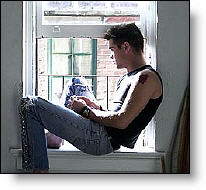 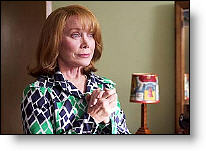 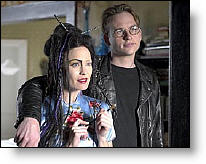 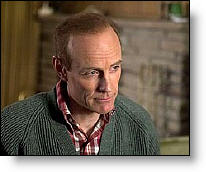 What about gays needs to change? (It may not be what you think.) Answer

““Family can be whatever you want it to be.””

While aspiring to express a fresh view of love and friendship, “A Home At the End of the World” is not a place I would necessarily want to visit, let alone live. Encompassing the late 1960’s and early 1970’s ideas of free love and sex, drugs, and rock and roll, this story brings to fruition the effects of young kids who grew up around those lifestyles.

Some of the situations depicted in this drama include a shocking death, foul language, LSD use, smoking marijuana, homoerotic relationships, taking the Lord’s name in vain, and premarital sex. There is one explicit sexual scene with nudity, in the beginning. The tragic death scene in the beginning was very impressive, but also made me a little nauseous, because it was it was done so realistic. There was also a disconcerting instance involving Johnny aggressively making out with a man at his apartment. All in all, the subject matter and themes are certainly not for kids.

While this film does take on a melodramatic tone, it does refrain from any inherent pretentiousness. The art direction, dialogue and acting are all quite noteworthy in this piece. And the bigger ideas of love and friendship that novelist and screenwriter Michael Cunningham (“The Hours”) is out to capture are nothing to scoff at either. One of the most uplifting aspects was how Bobby embodies the idea of acceptance and love, but I didn’t always agree with how that was portrayed.

In one scene, Claire compliments Bobby and tells him he could adapt to living anywhere and would be able to do anything. She asks him, “Is there anything you couldn’t do?” After a moment Bobby replies, “I couldn’t be alone.” While Bobby’s choices can be highly objectionable, there is a godly quality about his character in how he cares for people and accepts them for who they are, and how he doesn’t keep his love to himself. While he isn’t a totally exemplary person, there is a quality about him that is worth emulating.

This is a melancholy movie that eventually offers a fair resolution to more radical lifestyles. Things were handled truthfully, including the outcome of these people’s choices, but these things are only alluded to at the end. For all of the work spent on recapturing certain ideas, it might have been more beneficial if they didn’t come across as glazed over.

Here’s what the distributor says about their film: “Chronicles the lives of Bobby and Jonathan, two childhood friends who meet as students in a suburban Ohio school. From the moment they meet, Bobby and Jonathan are inseparable. For Jonathan, the unconventional Bobby is a connection to a larger world. For Bobby, Jonathan’s family—and in particular Jonathan’s mother, Alice—represents a kind of stability that he hasn’t known.

As they grow up, the boys grow apart only to reunite in New York where, together with the free-spirited Clare, they invent a new kind of family. Bobby (Colin Farrell) is a straight guy who moves in with Jonathan (Dalla Roberts), his gay best friend, and falls in love with Clare (Robin Wright-Penn), Jonathan’s roommate. The relationship creates friction between Bobby and Jonathan, who had planned to be the father of Clare’s baby before Bobby showed up.

Based on the book by the Pulitze Prize-winning author Michael Cunningham, who also wrote the screenplay, “A Home at the End of the World” looks at what we mean by love, commitment, and loyalty. Perhaps most importantly, it re-examines the idea of family, and in doing so shows us its very essence and the ways in which that essence can be redefined.”

Positive—…I personally thought this movie was quite good and agree with the majority of what the main review stated. The characters do have many layers, and that’s shown throughout. Bobby’s life is pretty rough in the beginning, but even with all he’s been through, he’s able to love the people around him. Not something you always see in Hollywood, where usually a screwed up childhood leads to them becoming unstable or an axe murderer. All things considered, he manages pretty well.

…This movie is absolutely not for kids… I definitely stand adamant that kids should not be seeing drug use in films, or premarital sex, and both of these things are in this movie. Folks, all in all, it’s a great more independent style of film. And it’s fiction. Read the review on here or pull up any synopsis you come across online. If it doesn’t sound interesting, then don’t watch it. If it does sound interesting, I think you’ll like it.
My Ratings: [Better than Average/5]

Brad, age 23
Movie Critics
…has great emotional strength. But it’s not the towering achievement it might have been…