Love in the Time of Cholera

for sex content/nudity and brief language 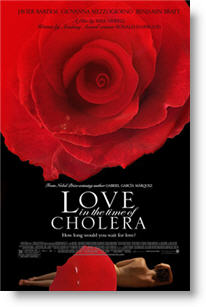 What is TRUE LOVE and how do you know when you have found it? Answer

How can I tell if I’m getting addicted to sex (or pornography)? Answer

Prostitution in the Bible 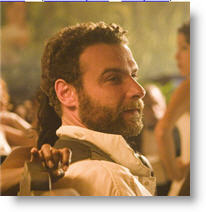 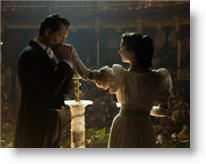 “How long would you wait for love?”

There is more nudity in “Love in the Time of Cholera” than in any movie I have ever seen before. I hate to start out my review like that, but coming away from the theater, that is what stayed with me more than any great story, stunning performance, or any redeeming qualities I could have written about. It simply overshadowed everything else.

The story follows the lives of Florentino Ariza and Fermentina Daza over a span of several decades in Columbia at the end of the 19th century. Florentino and Fermentina meet, fall in love, and decide to marry, but Florentina’s father decides Florentino isn’t good enough for his daughter and moves the family away. Our hero and heroine vow to remain true to each other. Young Florentino is so endearing as he pines, proudly telling his friends and some prostitutes that he wants to stay a virgin until he marries Fermantina.

The years pass, and although Fermantina seems to remain untouched by time, it is apparent that being away from his love has aged Florentino considerably. Perhaps for this reason, when they are finally reunited, Fermantina rejects Florentino, telling him their love was only an illusion. Shortly after, she marries Dr. Juvenal Urbino.

The rest of the movie shows Florentino trying to hold onto the hope that Fermentina will return, at first with a child-like faith, but eventually he becomes little more than a dirty old man who sleeps with any woman who has a pulse to help him cope. I won’t give away the ending, but I will say that what the audience has to sit through to get to the conclusion is not worth it.

In addition to the aforementioned nudity, other negatives include the casual attitude towards premarital sex and a lack of respect for the sanctity of marriage. There are several scenes showing couples having sex, and a scene where Florentino is raped, but decides he likes sex, and the movie makes light of the whole situation. In another scene, Fermantina asks Florentino if he believes in God, and he says no, but he is afraid of Him. There is one instance each of the f-word, hell, and damn.

[How can we know there’s a God? Answer]

I’m not sure that any of the characters in the movie really understood anything about love. Florentino talks about love a lot, and he is portrayed in a positive light, but his behavior is very opposite of biblical love, which is laying your life down for another that they might live. If the reader wishes to know more about faithfulness and love, I would recommend skipping this movie and spending some time with Jesus, who is the ultimate example of both.

Movie Critics
…Faithful to the outline of the novel but emotionally and spiritually anemic, it slides into the void between art and entertainment, where well-intended would-be screen epics often land with a thud. …

Stephen Holden, The New York Times
…Is it tragedy, or soap opera? Ah, that’s where Garcia Marquez has us. It is both, at the same time, and sad and funny, and there is foolishness in it, and drollery, and his prose dances over the contradictions. …

Roger Ebert, Chicago Sun-Times
…it’s a sumptuous tale of love, romance and good old-fashioned sex. But Bardem’s performance is so good that it’s easy to overlook Cholera’s many other charms. …

ScreenIt!
…the lovesick Florentino Ariza, insufficiently fleshed out, comes off as a crazed stalker, a guy who needs to get a life…