for intense sequences of violent action, and some language 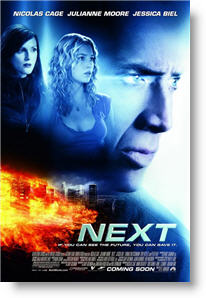 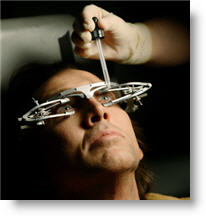 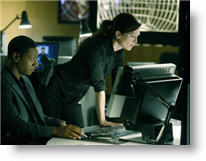 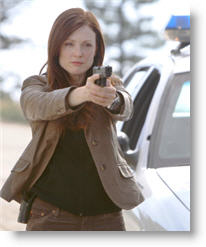 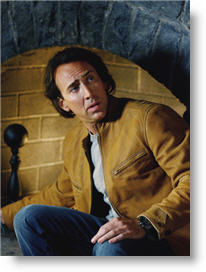 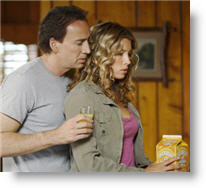 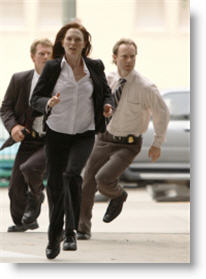 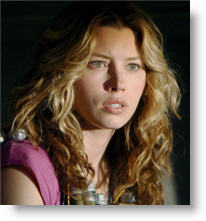 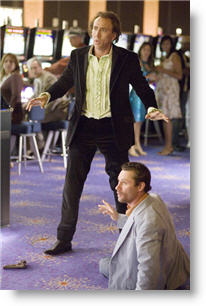 Prophecy in the Bible

“If you can see the future. You can save it.”

To be perfectly honest, I have never cared for the “movie quality” rating, because it is not always related to whether or not I would recommend the movie. I have given movies far worse than this better “movie quality” ratings, but I could not bring myself to give three stars to “Next.” Sometimes you want to enjoy the film, but at other times you want to throw your popcorn at the screen.

“Next” is based on a Philip K. Dick story called the “The Golden Man.” Those familiar with Philip K. Dick know that his stories usually involve characters who in some way, fashion, or form do not know reality from fantasy. In “Blade Runner,” we could not tell humans from replicants. In “Minority Report” we did not know if the future was real or not. In “Paycheck” we were treated to a similar plot involving a character who could see into the future. Now, for the third time, we have a character who can see into the future, but this time his foresight is limited to two minutes in the future. Can he stop a nuclear terrorist attack?

The movie is directed by Lee Tamahori who was responsible for “Die Another Day,” the often criticized, but financially successful, fareware of Pierce Brosnan as James Bond. The result is similar to “Die Another Day.” Tamahori seems to get lost in his action, and the plot disappears amid a barrage of sometimes over the top action. In the case of “Next,” the real problem is with the ending. Just when we start to enjoy the film, they attempt to “fool” us with an ending that was either forced, faked, or perhaps the author just didn’t know how to end the film at all. I went with my brother, and after seeing the ending he said he wanted half his money back. If you see the film, you will know why he wanted only half his money back.

Spiritually, the movie touches upon the questions of destiny and fate, but it never develops them in any substantive way. Destiny, however, is different from predestination, just as fate is different from providence. Both destiny and fate draw their inspiration from eastern religions, and omit God from the picture. In the Bible, God is the true author of history. He chooses to allow us a certain measure of free will, but our lives are not like a man rolling the dice. God has a plan for our lives and guides us. In the eastern view, we are “fated” to a certain destiny, but that destiny is determined not by an intelligent God but by an evolutionary/pantheistic determination made by chance. According to this view we cannot change our fate, but that fate was determined purely by accident. It is important that Christians understand the difference in predestination and destiny and between fate and providence. Our lives are not subject to a chance fate, but to the will of the Living God.

Morally the movie is on par with all too many PG-13 movies today. There are no fewer than 10 curse words including to F-bombs. While there is no on screen sex or nudity, the heroine walks out of the shower wearing nothing more than a towel, and after some passionate kissing it becomes apparent that they have sex as they wake up in bed together. Of course, this was their first date, so to speak! Violence is again the real culprit. There are many shootings, particularly toward the end of the movie. There is a dead woman’s body shown with blood on the floor. Several people are shot by snipers, but the worse scene was where a woman was blown up. Although the camera was far back and not explicit, the scene was quite realistic. We may not have been able to see the details in their gory details, but it does appear that we can see at least one body part flying in the air.

In summary, I felt the movie was very mixed. The plot was quite interesting at times, but too often took a back seat to the action scenes. One curious choice in the movie was to make the terrorists French. It was clearly a PC choice. Why the French? Obviously, they didn’t seem to want to offend Muslims, and perhaps no one likes the French enough to complain, but it still seemed a rather obvious nod to the whole PC movement which fears offending Muslims even amid a war on terror being waged by Muslim extremists. The biggest problem was that the director (or perhaps it was the screenwriters fault) didn’t seem to know how they wanted to end the movie. I won’t give anything away except to say that twist endings are only good if they aren’t viewed as cop outs. Perhaps they wanted a “popular” ending. Perhaps they wanted a sequel (as someone suggested). In any case, the ending they had was disliked by nearly everyone in the theater. Maybe the DVD will have an “alternate ending” that is more appealing, but we will have to wait until DVD to see that. In fact, you might want to wait for DVD anyway. It is not a bad movie, just a misguided one that could have been much much better.

Positive—My wife and I both loved this movie. Nicolas Cage was very convincing. I’d heard that the ending was disappointing, but we felt that it was very consistent with the rest of the story and not at all disappointing. It held together with the rest of the movie very well in our opinion and all the details were well thought out. Some expletives but not as many as most PG-13 movies.
My Ratings: Average / 4½

Ron Reames, age 60
Positive—I found this movie to be more entertaining and coherent than I expected, based on the reviews I had seen. I liked the ending, myself. I thought the movie was intelligent and thoughtful. The “gimmick” of Cage’s character’s abilities was well-utilized. His devotion to Liz was very touching and effective. The moral issues were no worse than one expects from a Hollywood PG-13 movie, and better than many. If you like thoughtful, suspenseful, action/adventure movies and don’t mind a PG-13 rating per se, I recommend this movie.

The only significant quibble I have with the film is in the ridiculously unrealistic characterization of the terrorists. No motivation was given for their actions, at all. Perhaps this was because the only likely motivation for terrorists setting off a nuke in the US today would be Islamic, and the moviemakers refuse to be realistic about this, kowtowing, instead, to political correctness. Instead, the terrorists speak French, and look vaguely European. Hmm… maybe the moviemakers are on to something there…
My Ratings: Offensive / 4

Jeremy Klein, M.D., age 51
Positive—One word sums this movie: “cool.” Nicolas Cage’s 2-minute foresight never got old. The filmmakers always found clever and inventive ways to showcase it. For this reason alone, “Next” is a worthwhile movie.
My Ratings: Average / 4

Jacob Keenum, age 21
Comments from young people
Negative—This movie was simply stupid, poor graphics, a bad script, amateurish acting and a horrible ending all ruined the film (which was doomed from unoriginality anyway). A pathetic attempt at trying to be smart, could easily have over half an hour longer, which might have brought the rating up some. Avoid D-
My Ratings: Offensive / 1½

Wesley Morris, Boston Globe
…a series of artfully choreographed linked pursuits with Moore convincing as the hard-nosed leader of the pursuit team…

Connie Ogle, Miami Herald
…Sci-fi turns sour in ‘Next’… The torpid ‘Next’ may actually trump ‘Paycheck’ as the worst film based on a story by… writer Philip K. Dick