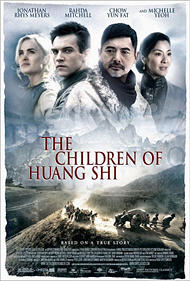 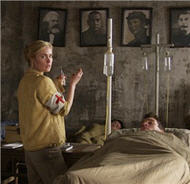 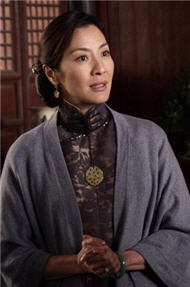 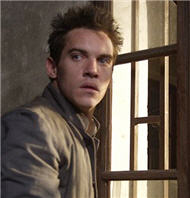 Heroes in the Bible include…
Jesus Christ, Noah, Abraham, Joseph, Moses, and David

It is amazing the things that the movie industry will keep us from seeing because THEY don’t think it is worthy. This was quality storytelling at its finest. The photography was exquisite, and the acting was superb. Many times when people choose movies to watch or buy, they look at the publicity that it is given and plan to go because of how good the ads are for it. Many times, we are highly disappointed, and a few other times we are rewarded. This is a gem that got very little publicity and one of the reasons that it was only released into certain theatres. What a sad decision for Sony Pictures to limit the release of this film. Ok, so to the meat of the review. Though this movie was based on a true story, it does stretch and change some of the true story, which I will not go into detail with here. Besides, this is something that Hollywood loves to do anyway. What I am here to write about are the good and bad points of this film from a Christian standpoint.

First the good: When I look at George Hogg as an individual I see a man who started off to make a name for himself and ended up doing for others. This makes me think of Esther from the bible. She was put in a situation that she had no control over and yet God used her for His purpose. Esther 4:13b-14 (NIV) states, “he sent back this answer: ‘Do not think that because you are in the king’s house you alone of all the Jews will escape. For if you remain silent at this time, relief and deliverance for the Jews will arise from another place, but you and your father’s family will perish. And who knows but that you have come to royal position for such a time as this?’”

You see George Hogg was just a guy straight from Oxford trying to go around the globe and was put in a situation he had no control over. Through a series of unfortunate circumstances he was led to the path in this film. It was his decision to make a difference after being put in this situation that changed many lives around him. Often times in our own lives, we are led to a place that we would have never dreamed of going on our own. This is what makes or breaks us as Christians. We see in James 1:4, “Perseverance must finish its work so that you may be mature and complete, not lacking anything.”

To persevere is to overcome the obstacles in front of us, George did—and then some. Now, all that being said, I do not believe from my research on George Hogg that he was a Christian. But I, also, believe that we don’t have to be for God to use us for His plan.

Now for the downside of this movie. What I didn’t like about this movie is vintage Hollywood. There was a small amount of language, and my numbers may not be correct, but they used the Lord’s name in vain about 5 times and other assorted words. There was a small sexual scene, but no nudity was shown, and a scene in which George had to take his clothes off so they could douse him with flea killer (for the lice). Graphic scenes of violence and death were scattered throughout the film, including suicide, however, it is all a part of the story of war, so it should be expected. Drug use was a major problem for one of the actors, as well—as just a problem of the times. But we also see sacrifice for the greater good, through this scene, as well, so it is not all bad.

This was one of the best films that I have seen in a while, and I look forward to seeing it a few more times. You see so much humanity in this film that it just feels like real life.

Overall, I would recommend this movie to other Christian viewers, but beware of the violence. As I said earlier, this movie was made during a time of much bloodshed in China. Also remember that it is an “R” rated movie, so I would not let any kids under 17 watch it. My final thought about this movie is that we should always keep a good attitude in all situations. When you listen to what the orphans say about George at the end of the film, they will say that he was always smiling. That is important in life, attitude is everything!!

Positive
Positive—This was an incredible movie. I saw it while flying over the Atlantic ocean, and was totally moved to tears. While other movies I watched that day flew clean past me, this one stuck with me. While I wouldn’t recommend it for younger viewers, simply because of the immense and intense subject matter and a few graphic war scenes, I found these to be the very things that stirred my heart. It makes you re-think the importance of giving, of being there for the rest of humanity, and listening for the cries of those in need. It is not all heavy, and I smiled several times, as the clouds pass briefly and beautiful moments are shared, interrupting the deep sorrow of war that is so amazingly portrayed in this movie. I highly recommend it, and am looking forward to it coming out on DVD so that I can share it with my family.
My Ratings: Moral rating: Better than Average / Moviemaking quality: 4½

Movie Critics
…an engrossing story of a remarkable man, but nevertheless it’s underwhelming. Dramatic and romantic tension never coil very tightly, as the film settles into a contented pace. The photography is awesome…

Roger Ebert, Chicago Sun-Times
…It’s an odd thing, the way Hollywood can take a true story and make it ring false. …it doesn’t exactly hurt to watch it, but the clichés are undeniably painful.