for thematic elements and some language. 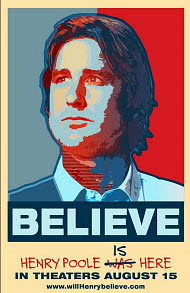 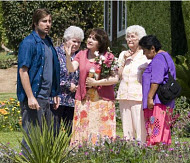 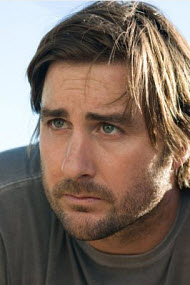 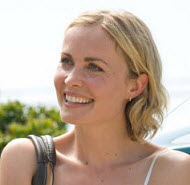 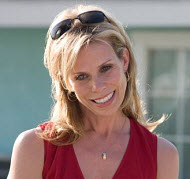 “Miracles are not possible,” some claim. Is this true? Answer

Is it logical to believe that the biblical miracles really happened? Answer

Why is the world the way it is? If God is all-knowing, all-powerful, and loving, would He really create a world like this? (filled with oppression, suffering, death and cruelty) Answer
Depression

Discover God’s promise for all people—told beautifully and clearly from the beginning. Discover The HOPE! Watch it on Christian Answers—full-length motion picture.
Salvation

“Changing his attitude will take a miracle.”

Most people who move into a new neighborhood are usually at least friendly towards their new neighbors. Not so with Henry Poole (Luke Wilson). Henry just wants to be left alone. He even tells everyone that it doesn’t matter what they do, as he won’t be in his new little house in Los Angeles long enough for it to make any difference. He is a rude, angry and sad man, although he won’t say why.

None of this deters his next-door neighbor, Esperanza Martinez (Adriana Barraza), who refuses to leave him alone, bringing him hot tamales and coming around every so often to check on him. Henry calls it being nosy, but Esperanza, a devout Catholic, believes that “those without faith need help the most.” So, when a mysterious water stain appears on the back wall of Henry’s house, Esperanza is convinced that it is in the shape of the face of Christ and therefore a miracle.

Henry is highly skeptical, accusing Esperanza of using her faith as a “vain hope” and largely ignores her and her pleas for his belief in favor of his other neighbors, Dawn (Rahda Mitchell) and her strangely silent daughter Millie (Morgan Lily), who records everything everyone says on cassette tapes. But as strange occurrences happen surrounding the watermark, Henry is forced to reexamine his beliefs and come to conclusions that will change his life forever.

First and foremost, it is important to say that this film never pokes fun at Christianity. Sure, Esperanza and her cronies are slightly eccentric in an endearing way, but they are never treated disrespectfully. The audience is never shown the watermark clearly enough to tell whether it is the face of Christ or not, but it is clear that the characters believe that it is, and we are invited to believe the same thing. The mark eventually starts to bleed and miracles of healing surround it. I believe in reality any such “mark” should be taken with a grain of salt, but for the purposes of the film, it serves as a powerful symbol.

The character of Henry Poole, played brilliantly by Wilson, refuses to believe the image has any power at all or that there even is an image. His stubbornness and resolve to explain away what he sees with his own eyes as “coincidences” are there for reasons I won’t give away, but let’s just say that Henry has a powerful argument for losing his faith. Eventually, though, through his relationships with Dawn, Esperanza and especially the estranged little Millie, we witness a man, broken and lonely, open up what is on his heart, come to terms with his past and, quite possible, with God.

Other characters are equally strong. Esperanza is a woman of faith, who, although having to deal with her own grief, firmly believes in the power of prayer, the ability of God to work through every situation, even bad situations, and the importance of helping others. Dawn, in offering a listening ear and an open heart, is key to Henry’s emotional revival. Also of note, George Lopez in a brief role portrays Father Salazar as a compassionate and understanding man as well as a leader in the community. The importance of having both parents present for a healthy family is emphasized.

So, is there anything negative in this beautiful and uplifting little film? Unfortunately, yes. Some foul language is present, including a couple of s-words, and Henry often misuses the Lord’s name, as do a few others. Henry and Dawn’s relationship remains chaste, with only a few kisses and hand-holding, but Dawn does wear slightly revealing attire. In anger, Henry smashes the wall of his own house, causing part of it to collapse on him, putting him in the hospital.

In spite of those things, however, I highly recommend this film to any Christian, although it’s not for the younger kids, who would probably be bored by it anyway. The power of this story of a man’s journey of faith is both realistic and reverent and is ultimately a story worth hearing.

Positive
Positive—This movie did use the Lord's Name in vain several times, and Henry blurted out holy s***, also. Although these words are offensive, I do believe it truly depicts what someone without God would probably have said given the circumstances (and such were some of us). It refers to the “image” of Christ and the drop of blood bringing healing, which is not scriptural. His blood does bring healing, not the image, but the true person of Jesus, the Son of God.

The movie made me cry, it made me smile, but most of all it reminded me of the healing Jesus provides to us through His suffering and that we need to reach out to Him in faith and trust Him.
My Ratings: Moral rating: Better than Average / Moviemaking quality: 4

Sandi, age 51
Positive—What would you do if you found out you only have a short time to live? For Henry Poole (Luke Wilson), he retreats to his old neighborhood and wait for the day, but then a nosy neighbor named Esperanza (Adriana Barraza) discovered a stain resembled the face of Christ on his staccato wall. Soon the whole neighbors are at his door step because of a little miracle that had happened to the little girl, Millie Stupek (Morgan Lily), who had happened to have touched the wall. The film does not ridicule religion but points to a higher power that sometimes there are things science cannot simply explain it away. Props goes to the production of this simple and yet comforting tale about God. From the actors to the script writer, and director, this film shines a light in a valley of gritty and brutal visual story telling industry.

This film sets out to tell a specific story and it accomplished with excellence. The script peppered characters with names such as Dawn (Radha Mitchell), Patience (Rachel Seiferth), and Hope is Esperanza in Spanish. Even “Poole” sounded like a body of water and there is a particular sequence where Henry was drenched in a water balloon fight and “surrendered,” at the end of that. A side note is that this film was probably still in production when actor Luke's older brother and fellow actor, Owen Wilson, shocked the world with his attempted suicide. Throughout HENRY POOLE IS HERE, there was no traces of Luke's personal drama unfold on the screen, only his professional take of the character and gave us a genuine Henry Poole.

There are foul languages but very minor compare to what the whole theme of faith and religion, although, Mark Pellington, the director have confessed to adheres to no particular faith. He had crafted an entertaining and some what compelling take on the subject of miracle.
My Ratings: Moral rating: Good / Moviemaking quality: 4½

Mang Yang, age 36
Positive—If you missed “Henry Poole” the first time around, I encourage you to check out the newly released family version aimed more at the Christian family market. I absolutely loved this movie! It was such a great story about a real life guy who was struggling with his faith and accepting it. This is something that I've been struggling with myself for the past couple of years. It was such an encouragement to see this played out. And it's really cool that I've found a site, http://www.henrypoolebelieves.com. Right now it looks like they are giving away 10 copies of the movie for free. If you haven't seen the movie yet, or even if you have, you could always give it to a friend, but it's definitely worth checking out! PERFECT film for FAMILY movie night!
My Ratings: Moral rating: Good / Moviemaking quality: 4½

Movie Critics
…achieves something that is uncommonly difficult. It is a spiritual movie with the power to emotionally touch believers, agnostics and atheists—in that descending order, I suspect. It doesn't say that religious beliefs are real. It simply says that belief is real. And it's a warm-hearted love story. …

Movieguide
…Pic's tendency to lecture on the power of faith and religion and on the demerits of science seems to assume an almost childlike audience that needs to be spoon-fed Pablum. This tale of a single man whose medical death sentence is reversed in part by a neighborhood of believers won't advance the profile of the always-likable Luke Wilson, and Christian moviegoers will have to show up in great numbers to keep the film from being doomed to something far less than sleeper status. So insistent is the film that lack of belief in God is a personal failure, nonbelievers are likely to feel offended. …

Robert Koehler, Variety
…while Pellington (and, for the record, the Bible) insists that miracles can happen, it's faith—belief—that's the important thing in his movie. Sometimes just getting on with life after loss is the real miracle. The miracle in Henry's story is not that he is given a new timeline: He is given new life—permission to enjoy each day to the fullest. …