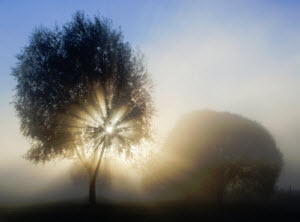 From one end to the other, the Bible refers to miracles. There’s the story of Moses parting the Red Sea in Exodus. There’s Elijah calling down fire from heaven on Mt. Carmel. There’s Jesus walking on water, healing the sick, and raising the dead. But are these accounts really credible? Can anyone with an intelligent mind accept the reality of the miracles described in Scripture?

Did miracles ever actually occur? Perhaps the accounts are myth?

The Bible, with a credibility of its own, is replete with reports of miracles. All four Gospel accounts refer to Jesus as a miracle-worker. Specific details in those accounts (Matthew 11, John 11) and the fact that first-century Jewish authorities acknowledged Jesus’ miracles (John 3:2), adds weight to the case. Even so-called antagonistic sources, such as the Talmud and certain Islamic writings, allude to the miracles of Jesus. Then, finally, all attempts to refute the broad-ranging reports of miracles in the Bible have themselves lacked reliable documentation and credibility.

But isn’t it possible that Bible miracles are just the fantasies of ignorant people who don’t even know about the laws of nature?

If a man had no conception of a regular order in nature, then of course he could not notice departures from that order. When the disciples saw Christ walking on the water, they were frightened: they would not have been frightened unless they had known the laws of nature, and known that this was an exception.

But aren’t miracles actually a violation of the principles of logic? Don’t miracles essentially therefore make Christianity out to be an unreasonable faith?

What do you mean when you say that logic is a part of God’s nature?

Logic is inherent to the character of God, and God cannot ever stop being what He is, or deny His nature (2 Timothy 2:13). God is rational and, because we are created in His image, so are we.

But doesn’t the Bible say that God can do the impossible?

What are antinomies, paradoxes, and mysteries? How do they fit in here?

A paradox is a “seemingly contradictory statement that may nonetheless be true.” An antinomy is a contradiction between principles or conclusions that seem equally necessary and reasonable. A mystery (or an enigma) is something that is not fully understood at present. How God performs miracles often baffles the understanding, but does not mean that He can’t perform them.

To prove or disprove any natural phenomenon, science typically depends on verifiable, repeatable experimentation. Miracles are, by nature, unrepeatable—the result of God supernaturally suspending, or transcending, the created order and the laws of nature. Author Ron Rhodes says,

“The scientific method is useful for studying nature, but not super-nature.”

Are you suggesting that God can violate the very laws of nature that He Himself implemented in the first place?

Yes, although the term “transcend” seems preferable to the term “violate.” “God is outside, over, and above natural law, and is not bound by it,” says Paul Little. Another commentator once observed: “The God of Scripture is an Almighty God. He would have had no problem getting the great fish to swallow Jonah… or Jonah to swallow the great fish.” God can, has, and will transcend the laws of nature to accomplish His purposes in the world.