for language and brief sexuality. 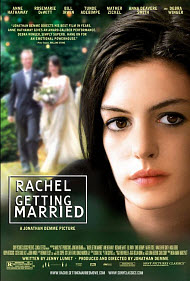 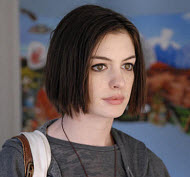 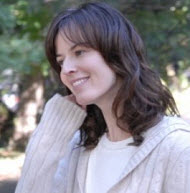 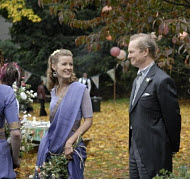 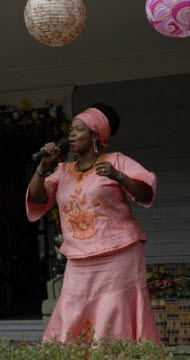 About your future and the meaning of life

What is the eternal destiny of an infant or young child who dies? Answer

Receiving critical acclaim, “Rachel Getting Married” is a film with almost no middle ground. You’ll either hate it or love it. If you are a fan of watching a wedding video to observe and learn about a stranger’s family, then you might love it. However, if you usually find wedding videos lacking in plot, then you’ll perhaps find this film especially tedious.

Kym (Anne Hathaway) is a relapsing drug addict who’s been clean for 9 months. She returns home to see her sister, Rachel, get married. Upon arriving, there is still tension from Kym’s battles and the sad weight of how her drug abuse resulted in her little brother’s death. While driving high, Kym lost control of her car, killing Ethan.

There is also a war for who gets the most attention. Rachel is sick of Kym getting all the attention and would like her father to focus on her for once, since it’s her wedding. While Kym claims she hates the attention, she’s almost always finding some way to bring attention to herself and her recovery.

“Rachel Getting Married” seemingly aims to show how much havoc a drug addict can have on a family. However, the movie has too many distractions which results in it becoming an utterly boring soap opera. The family confrontational scenes were far and few in between. The wedding, dancing, and the well-wisher scenes went on and on and on—perhaps almost half of the movie. Adding to the damage is the film’s handheld camera effect. Perhaps used to create an authentic feel, it mostly causes a dizzying view.

Yes, the acting is strong, and Anne Hathaway does an excellent job. However, the barely-there plot and underdeveloped characters hurt the film. The feud between Rachel’s best friend and Kym is almost middle-school based. The most interesting scene is when Kym confronts her mother about why she was allowed to babysit Ethan when everyone knew of her drug addiction. This scene ends all too quickly with two punches and is never addressed again.

The one positive aspect which I did enjoy is the bi-racial couple. Rachel’s fiancée is African-American. It was so nice to see a film that does not play into the stereotypes of any race, but just shows two families who are genuinely happy for their children.

Overall, this movie is very offensive. The Lord’s name is profaned constantly, and the “f” word is used consistently, as well. Cleavage is shown with much of the low-cut attire, and the reception has some exotic dancers shaking themselves. The camera sometimes zooms in on their body parts as they dance.

There is one sex scene between Kym and the best man. Not much is shown except for the positioning, but it is totally unexpected, random and unnecessary. It adds absolutely nothing to the plot or to the characters. They never pursue a relationship or even talk much after this. In addition, a brief glimpse of Kym’s breasts are shown as she is bathing.

We always hear that God commands us to forgive, if we want to be forgiven. This is a message I’ve heard plenty of times during my walk with Christ. However, there is often one person whom it’s very hard for us to forgive: ourselves. Kym says that she cannot forgive herself or believe in a god that would forgive her. God’s love for us is beyond what our mere human minds can ever comprehend. The thought might enter on how we don’t deserve such a loving God or a second chance. The truth is, is that God decided that we are worth it. In Psalm 103:8,10, King David wrote:

“The Lord is compassionate and gracious, slow to anger, abounding in love. He does not treat us as our sins deserve or repay us according to our iniquities.”

Q&A: How can I be and feel forgiven?

In a real life scenario, one might wonder why didn’t Kym die and not Ethan. After all, he was just an innocent child beginning his life; while on the other hand, Kym was willingly destroying her own with drugs. It might seem unfair, and the thought of a loving God preposterous. Remember death is only the end of this life, the child would now be with Christ. In addition, only God can see our life in its entirety. He can use bad circumstances into good ones. Instead of turning her life around and perhaps even helping other drug-addicted teens, Kym remained a relapsing drug addict, wallowing in a useless pain. In Proverbs 3:5, King Solomon wrote,

“Trust in the Lord with all your heart, and learn not on your own understand; in all your ways acknowledge Him, and He shall direct your paths.”

I wholeheartedly recommend avoiding this movie. I have seen depressing movies before that had some kind of purpose, something to learn and grow from. “Rachel Getting Married” lacks redeemable qualities and is quite frankly a boring, offensive movie.

James Verniere, Boston Herald
Emotional-action flick marries intimacy with tension… to watch this film is to engage in participatory art—for better and for worse, through sickness and in health, we're drawn deeply in.

Wendy Ide, Globe and Mail
…Tears, smiles and lightness in Demme's great piece of americana. … Though hardly a blockbuster comedy, the Sony Pictures Classics release should gather steam as the awards roll in and word-of-mouth spreads. …

Deborah Young, The Hollywood Reporter
…The wedding guest from Hell… Anne Hathaway plays a royal pain… ‘Rachel Getting Married’ has a loose, improvisatory feel that gives you the impression you're eavesdropping on an actual wedding, but the casualness of the style is deceptive: this is one nerve-racking celebration. …

David Ansen, Newsweek
…warmly generous and uncomfortably honest… one of the most potent explosions of simmering anger and blame and unresolved rage I've seen in a family drama. True to the characters and their conflicts, the resolution is neither neat nor expected. …

Sean Axmaker, Seattle Post-Intelligencer
…The events leading up to the wedding are as rich and tough and dramatic as anything in American movies… for a film about an angry young woman out to pick apart her family tapestry, how profound is this story about sisters finally able to piece together their common threads. Bravo to Demme, Lumet, and three extraordinary actresses.