for some sexual and crude content, and language, including a drug reference. 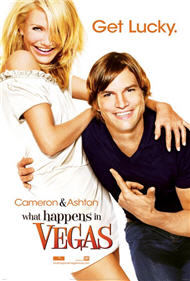 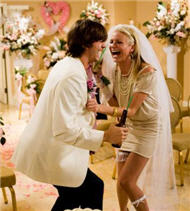 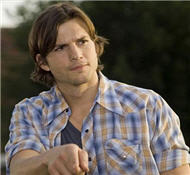 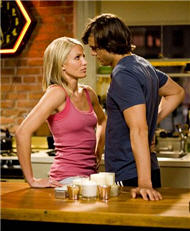 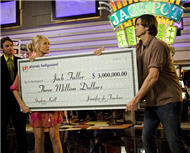 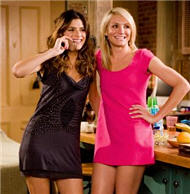 Christian Divorce and Remarriage—Under what conditions may Christians divorce and remarry? Answer

Las Vegas is appropriately nicknamed “Sin City.” The city seems to embrace and reinforce the nickname when constantly advertising their city with their misleading slogan “What Happens in Vegas, Stays in Vegas.” The first half of the phrase was used to create a movie about two polar opposite people who happen to randomly meet and marry during a drunk night out of the town. However, it never stays in Vegas since the two newlyweds win the jackpot the very next morning and fight over the money.

Joy McNally (Cameron Diaz) is an uptight stockbroker who makes “plans for making plans.” On the night of her live-in fiancé’s surprise birthday party, he dumps her. After getting drunk with her friend Tipper (Lake Bell), they both decide to go to Las Vegas to forget Mason and to party. On the opposite end of spectrum, Jack Fuller (Ashton Kutcher) plays a lazy promiscuous young bachelor who works for his father. Tired of giving him chances, Jack’s father fires him. Jack and his friend Hater (Rob Corddry) decide to go to Las Vegas to party as well.

After a glitch in the computer, the four are accidentally booked into the same hotel room. After a smack down, they decide to go party the town together. Joy wakes up the next morning and realizes to her horror, she has married Jack. After a heated argument, they both decide to divorce. While walking away, Joy realizes Jack has won the $3 million dollar lottery.

Fighting over the money, the judge freezes their divorce proceedings and sentences them to 6 months of hard marriage and counseling sessions. The two go through different measures, trying to have the other cause the divorce first. Throughout the movie, the two realize that they are falling for each other and bring out the best in one another.

Since the movie is a chick flick, it faithfully follows the formula. The two main characters initially cannot stand each other and go to different measures to annoy the other. The two friends throw insults to each other whenever the opportunity arises. Although the movie offers absolutely nothing new, I always enjoy these kinds of movies. While the actors were funny and the chemistry made their matching believable, the movie’s lackluster was its screenplay. Diaz and Kutcher did not have much to work with since the two-thirds of the screen play consisted of annoying sexual jokes and references.

Considering the title of the film and its location, viewers should not be surprised that alcohol consumption is massive throughout the film. During their night out on the town, Joy and Jack get extremely intoxicated. There is a lengthy collage of scenes showing them partying, taking shots, and sleeping together. Although the sex scene technically takes place after they marry, it is shown as part of their drunken spree.

Violence is moderate in the film. While accidentally getting booked in the same room, Joy and Tipper punch, slap, and throw lamps at Jack and Hater. Hater and Jack get into a fist fight when trying to pass it was Joy’s abuse. While racing to the counseling session, Jack and Joy wrestle each other. Joy throws oranges at Jack, resulting him to crash on a skateboard.

Women are shown in very little clothing. Joy and Tipper are shown in bra and panties on several occasions. Vegas dancers are shown in the usual low-cut attire. Two strippers are hired for a party and remove their clothing.

Tipper and Hater are shown making out while Joy and Jack get married. They kiss passionately and take each other clothes off. During the film, they always exchange crude comments about one another. In the end of the movie, Tipper vengefully punches Mason in the crotch. She and Hater high-five each other while Mason kneels in pain.

Racing Jack to get to the required counseling session, Joy flashes her breast (off-screen) in a form of a payment to a perverted taxi driver. After flashing him, he compliments her on them. In one scene, Jack pees in the sink. While eating popcorn, Jack puts a hand down his pants to adjust his crotch. Immediately afterwards, he coyly puts the same hand in Joy’s popcorn. When she sarcastically tells him she wanted a salty nut flavor for her popcorn, Jack proceeds to dump the entire bowl of popcorn in his pants. In another scene, Joy painfully grabs Jack’s crotch.

There is much deception in the film. Joy and Jack try to tempt each other to cheat in order to get the money. Both invite over a group of the opposite sex in attempt to entice each other. Joy instructs her group of attractive women to try everything they can to get Jack to commit. The women are shown rubbing up against him and giving him invitations. While Jack is extremely tempted, he never gives in; he escapes to the bathroom. I applauded this and appreciated it. During their marriage, neither Jack nor Joy cheats on each other.

Las Vegas’ slogan “What Happens in Vegas, Stays in Vegas” has helped the city to earn the reputation as a place where people can go and secretly give into their desires. There is some sort of detachment from the real world in Las Vegas since the people you encounter there are strangers whom you might not ever see again. This anonymous concept can be very enticing. However, some might forget that what happens in Vegas does not stay in Vegas. The Lord knows about every single deed one does. The sins people commit in secret, are actually not secrets at all. In Hebrews 4:13, it reads:

“Nothing in all creation is hidden from God’s sight. Everything is uncovered and laid bare before the eyes of him to whom we must give an account.”

During one scene, Jack wisely comments on the Las Vegas slogan. He grimly readjusts it and says “What Happens in Vegas, you pay for later.” After a night of drunken debauchery, Jack’s punishment was being married to Joy. However, the Hollywood ending made his punishment not so bad since he ended up with the girl and the jackpot.

Many people treat the precious gift of life as a party zone, ignoring the Lord and never appreciating or accepting the incredible sacrifice of his Son, Jesus, on the cross for our sins. In Romans 6:23, Paul wrote:

“For the wages of sin is death, but the gift of God is eternal life in Christ Jesus our Lord.”

The punishment for sins is eternal separation from the Lord. While we can never earn our place in heaven, God was merciful and loving when he gave up his only Son for our sins. If one reads the verse closely, one would see that eternal life in Christ Jesus is a gift, not something we earn.

While this movie was funny at times, I cannot recommend it for the previously stated reasons. To be completely honest, I was a bit bummed out by the time the credits rolled. I really wanted to like this movie. Ashton Kutcher and Cameron Diaz have awesome chemistry and were convincing. The second half of the movie is sweet when they realize they have fallen for each other. Their marriage brought out the best in them, and the movie slightly hints at how marriage between two people can be wonderful. Kutcher is a talented actor and the loving looks he gives his bride would make any wife blush in appreciation. However, the sweetness comes much too late since the audience has to endure the intense saturation of the crude sexual references for the majority of the film. To sum it up, the twenty minutes of sweet romance is not worth insulting the Holy Spirit that lives inside each Christian.

Positive
Positive—This is a funny film about two lonely people finding each other. It has a positive message that marriage is worthwhile even though it isn't always easy, and that real love makes you a better person without you constantly feeling that you have to prove your worth. Jack and Joy are perfect for each other—he's an irresponsible drifter who finally grows up a little when he realizes that actions have consequences and he falls in love for the first time, she's a perfectionist par excellence who learns to lighten up a bit, be spontaneous, and follow her heart. The greatest downside to this movie for me was the characters’ greed—the obnoxious ways they were treating each other, for no better reason than not wanting to share a huge financial windfall, struck me as callous and made it hard to root for either of them. I was disgusted with one scene in which Jack's friends blacken his eye so he can accuse Joy of domestic violence—I'm far too familiar with the pernicious downward spiral of spousal/family abuse and the harm it causes to see anything funny about it. Overall, though, I thought this was a good, funny movie about consequences and choices. It was especially refreshing to watch a romantic comedy in which the couple falls in love over the course of six months instead of a couple of weeks or a couple of days.
My Ratings: Moral rating: Average / Moviemaking quality: 5

Feral Burns, age 25
Positive—What Happens in Vegas is about two lonesome lovers meeting one another in a chance encounter in Las Vegas. A night without mutual sobriety leads to a Vegas marriage; the next morning leads to a mutually rude awakening… and a $3,000,000 jackpot. As the plot sees fit, the newlyweds are forced to coexist by court order as the married couple they are for 6 mos. before a divorce and settlement can be granted.

Happens is actually a decent comedy. I laughed several times—never side-splitting, gut-busting, tears-rolling-down-my-face laughter, but the usual kind of laughter in Kutcher goofball flicks (Dude Where's My Car, Just Married). I can't see myself watching this again because it's a one-hit wonder, but a good one. It's pretty clean by today's standards and doesn't pull all the usual cliche punches, but neither does it truly offer anything new in the realm of romantic comedies.
My Ratings: Moral rating: Average / Moviemaking quality: 3

Comments from young people
Neutral—My family and I watched this on our way to Chicago. It does really get you in the spending mood! Very typical Ashton Kutcher movie, however, Good, not great. Easy to guess storyline but hard to understand plot. There were some really great humorous parts, along with many laughs. Nice date movie or get-together movie. I would recommend this for mature viewers fourteen and up.
My Ratings: Moral rating: Average / Moviemaking quality: 3½

J, age teenager
Comments from non-viewers
My husband and I were considering seeing this movie but after reading the reviewers comments all I have to say is how in the world could this movie be rated PG-13? If that review is accurate, and I assume it is this movie should be been rated R! We won't be going to see it.