Under what conditions may Christians divorce and remarry?

See this page in: Dutch, Hungarian 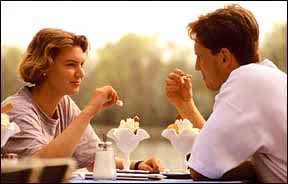 In earlier generations, this question was very seldom raised, simply because divorce was almost never encountered among Christians and was unusual even in the general population. Today, however, it has become a very real problem in evangelical Christian circles. Infidelity is no longer rare, even among Christian leaders, and one can hear almost weekly of some new pastoral “affair” and its traumatic effect on his church. With such examples in the leadership, it is bound to be even more common among the ordinary members, and the resulting decline in the stability of the Christian home today is surely one of the more alarming signs of the times.

In the past, attempts to deal with this question on a Biblical basis have tended to be somewhat academic, probably because the very idea of divorce was so alien to the expositor's own experiences. Nowadays, however, since the tragedy of divorce has spread so widely that almost every Christian has encountered it not only in his church but also among his close friends and relatives, it is vitally important that we seek to deal with it both Biblically and sympathetically.

First of all, the divine standard for marriage is lifelong commitment to one's spouse, and nothing else. Even though divorce was permitted in some cases under the Old Testament economy, Christ made it plain that this was not God's ideal. When He was asked this very question,

“He answered and said unto them, Have ye not read, that He which made them at the beginning made them male and female, And said, For this cause shall a man leave father and mother, and shall cleave to his wife: and they shall be one flesh? Wherefore they are no more twain, but one flesh. What therefore God hath joined together, let not man put asunder” (Matthew 19:4-6).

This seems very comprehensive and conclusive, yet He immediately followed up this statement with the following apparent exception:

“Whosoever shall put away his wife, except it be for fornication, and shall marry another, committeth adultery: and whoso marrieth her which is put away doth commit adultery” (Matthew 19:9; see also Matthew 5:31-32).

It does seem from this statement that the discovery of extramarital unchastity on the part of one' spouse is here given as a possible grounds for divorce. God does place a high value on faithfulness, on the part of both bride and bridegroom, as a basis for a happy and lasting marriage. Fornication is condemned as a sin in both Old and New Testaments.

In this day of widespread sexual license, however, this provision might well become a rather common ground for divorce, even among Christians. It does, indeed, dilute the principle of “one flesh” used by God to describe a true marriage.

“What? Know ye not that he which is joined to an harlot is one body? For two, saith He, shall be one flesh… Flee fornication. Every sin that a man doeth is without the body: but he that committeth fornication sinneth against his own body” (I Corinthians 6:16, 18).

This passage, incidentally, suggests that a woman who submits to extramarital sex becomes, in God's sight, a harlot, whether she yields her body for money or some other reason that she sees as profitable to herself.

On the other hand, it is noteworthy that Jesus, evidently on a different occasion, did not give fornication as an excuse for divorce.

If there is any doubt, this also applies to wives.

“And if a woman shall put away her husband, and be married to another, she committeth adultery” (Mark 10:12).

Since the Lord would not contradict Himself, we should conclude that, while there may be some situations in which extramarital sex would create such problems in a marriage that divorce would be better than continuing in an unhealthy or even dangerous relationship, in general it would be better to forgive earlier indiscretions (if accompanied by repentance and present faithfulness) rather than to break up what might otherwise still be a good marriage.

In both cases, however, Christ warned that remarriage after divorce amounts to adultery, a sin which is explicitly forbidden by God's seventh Commandment. Both divorce and remarriage, therefore, are extremely serious steps, and both violate the divine principle of permanent union and faithfulness in marriage.

But this is not the whole story.

“The Lord is merciful and gracious, slow to anger, and plenteous in mercy… For He knoweth our frame; He remembereth that we are dust” (Psalm 103:8, 14).

This promise is specifically for Christians, and includes even the sin of adultery, if there is genuine repentance. The Lord made this very clear in His dealing with the woman who “was taken in adultery, in the very act” (John 8:4). He reminded her accusers that they also were sinners and had no warrant to punish her. Then He told the woman:

He in no way condoned her sin, but He did forgive her sin, when she gave evidence of godly sorrow and determination not to sin again in this way. Under such conditions, His followers would do well to follow His example. At least in this particular context, He put no further conditions on her freedom, either to return to her husband if he would have her, or to marry another if she were already divorced.

There is one other important Biblical factor to consider in divorce-and-remarriage situations. A Christian should never marry a non-Christian, as this almost inevitably leads to serious friction in the home later on, unless the unsaved partner can, by God's grace, be won to Christ.

“Be ye not unequally yoked together with unbelievers” (II Corinthians 6:14).

Nevertheless, many Christians insist on doing this very thing. And then what? Also, a person may become a believer after marriage, with the partner still unsaved. In either case, there is an unequal yoke, and the Christian husband or wife may come to desire release from this yoke. The Apostle Paul commands in this case:

The next verse indicates this is especially important for the sake of the children, who are often the ones hurt most by a divorce.

But suppose the unsaved spouse is the one who insists on a divorce.

“If the unbelieving depart, let him depart. A brother or sister is not under bondage in such cases: but God hath called us to peace” (I Corinthians 7:15).

This obviously means that the Christian husband or wife is then at liberty to remarry. In fact, if there are children involved, and if a caring Christian spouse can be found, it would be good to remarry, for children need the love and guidance of both a father and mother, provided, of course, that the stepmother or stepfather is “in the Lord” (I Corinthians 7:39) and desires to assume such a responsibility.

By extension, these principles could be applied to other situations that the Scriptures do not cover explicitly. As noted above, God is able and willing to forgive all sins, including even the sin of getting a divorce for trivial reasons. He has called us to peace, not legal bondage, and He can make a good marriage and a happy home no matter what the previous history of the people involved may have been, provided that true repentance, proper restitution, and genuine saving faith and sincere desire to serve the Lord now exist in their lives.

These are all second-best choices, however. For young people who have not yet gotten involved in such mistakes, it is far better—for now and forever—to seek God's best, the ideal marriage He planned from the beginning. Such a marriage is a foretaste of heaven, for it is a picture of the heavenly bridegroom and His chaste Bride (Ephesians 5:22-33).