Encounters at the End of the World 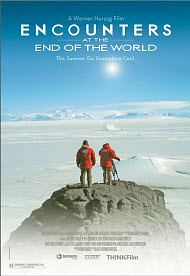 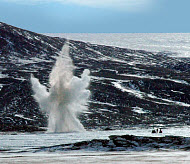 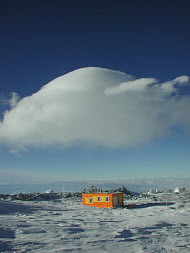 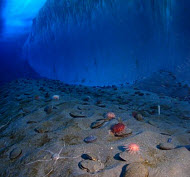 Snow in the Bible

Water: The Miracle of Nature

WEATHER—What are some weather extremes on Earth? Answer

Here’s what the distributor says about their film: “There is a hidden society at the end of the world. One thousand men and women live together under unbelievably close quarters in Antarctica, risking their lives and sanity in search of cutting-edge science.

Now, for the first time, an outsider has been admitted. In his first documentary since GRIZZLY MAN, Werner Herzog, accompanied only by his camerman, traveled to Antarctica, with rare access to the raw beauty and raw humanity of the ultimate Down Under.

ENCOUNTERS AT THE END OF THE WORLD, Herzog’s latest meditation on nature, explores this land of Fire, Ice and corrosive Solitude.

Werner Herzog takes his camera to Antarctica where we meet the odd men and women who have dedicated their lives to furthering the cause of science in treacherous conditions. A scientist studies neutrinos, which are everywhere, yet elusive; he likens them to spirits. A researcher’s nighttime performance art includes contorting her body into a luggage bag. A survival guide teaches his students to survive white-out conditions by wearing cartoon-face buckets over their heads. Animal researchers milk mother seals as part of their study. Volcanologists offer advice on what to do when a volcano erupts. A pipefitter shows us the anomaly in his hands that he says are a sign he descended from Atzec royalty. A former Colorado banker drives what he has christened Ivan the Terra Bus. An underwater diver shows his colleagues DVDs of apocalyptic sci-fi films like ‘Them!’. And—though Herzog declares he’s not ‘making another film about penguins’—we meet a penguin researcher who answers the filmmaker’s questions about homosexuality and insanity in his subjects. We also meet an individualist penguin, who breaks away from the other birds to run toward the mountains, facing certain death.”