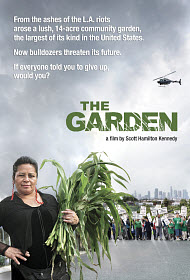 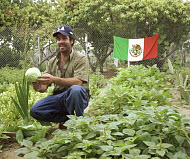 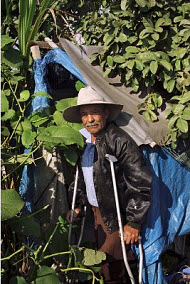 Gardens in the Bible

Plants in the Bible

“If everyone told you to give up, would you?”

Here’s what the distributor says about their film: “The 14 acre community garden in South Central Los Angeles was the largest of it’s kind in the United States. It was started as a form of healing after the devastating L.A. riots in 1992. Since that time, the South Central Farmers have created a miracle in one of the country’s most blighted neighborhoods. Growing their own food. Feeding their families. Creating a community. But now bulldozers threaten their oasis. The Garden is an unflinching look at the struggle between these urban farmers and the City of Los Angeles and a powerful developer who want to evict them and build warehouses.

A follow-up to Kennedy’s award-winning documentary, OT: OUR TOWN, the film shows how the politics of power and greed (backroom deals, land developing, green politics, money) tragically intersect with working class families who rely on this communal garden for their livelihood. Equal parts THE WIRE and HARLAN COUNTY, USA, THE GARDEN, exposes the fault lines in American society and raises crucial and challenging questions about liberty, equality, and justice for the poorest and most vulnerable among us.”