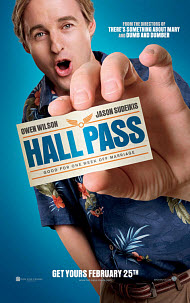 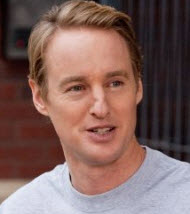 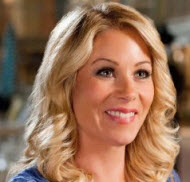 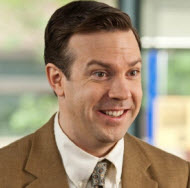 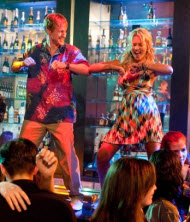 What is SEXUAL LUST? and what do you need to know about it? Answer

What does God say about adultery and fornication? 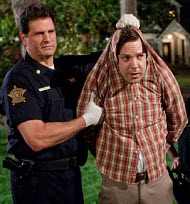 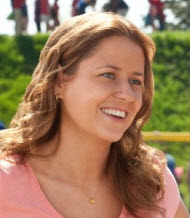 You never know what you’re going to get with the Farrelly Brothers. I know some readers are thinking, “What? The guys responsible for ‘There’s Something About Mary’”? Yes, the same brothers, but what some viewers do not know is that for every “…Mary” or “Heartbreak Kid,” the Farrelly brothers have released a sweeter, milder film like “Fever Pitch” or “Stuck on You”. While those films weren’t perfect, they were examples of the Farrelly brothers using their talents in a much more manageable sense. The latest from the brothers is somewhat of a hybrid of their earlier work. In “Hall Pass,” we get a humorous film with an awesome message. Unfortunately, the viewer has to sit through hard R rated content that undermines this message.

Rick and Fred are best friends who seem to be happily married to their wives, Maggie and Grace. Unfortunately, as human beings tend to do, Rick and Fred refuse to see what they have (loving wives, wonderful children, and good friends), and instead they see what they think they don’t have (freedom). All Rick and Fred talk about are the days back in college when they were single, picking up girls, and having the time of their lives. They think that their wives are slowing them down.

Maggie and Grace feel as though they aren’t appreciated by their husbands, and decide to give them a “hall pass.” For one week, the wives and kids leave town, and Rick and Fred are no longer married. The rules no longer apply, and they are free to be the men they think they could be if still single.

As the week unfolds, all four main characters learn something about themselves and about their spouse. Rick and Fred hit the town accompanied by their friends, but find things are different than what they had imagined. Maggie and Grace, while out of town, also are faced with challenges and temptations of their own. Each character is left with questions, temptations, and uncertainty.

While decidedly adult, “Hall Pass” is a funny movie, and it’s funny because of the cast. Owen Wilson and Jason Sudeikis play Rick and Fred and are hysterical. Jenna Fischer and Christina Applegate play Maggie and Grace, respectively, and also have their moments. Several members of the supporting cast steal the show, specifically British comedian Stephen Merchant as well as Oscar® nominee Richard Jenkins.

While the film is funny, it’s also very vulgar. Unfortunately for everyone involved, the Farrelly brothers decided to give “Hall Pass” the content equivalent to their hit “There’s Something About Mary”. Foul language is present throughout and so is the sexual content. Sexual scenes, dialogue, and perversion are all a big part of the film, including male and female nudity. While some of the dialogue and content take place between married individuals, other parts do not. The content can be classified as graphic, gratuitous, and inappropriate.

It’s a shame the content of “Hall Pass” is what it is, because the message of the film is top notch. ***SPOILER*** At the end of the film, one character reveals to his wife, after going the entire week without cheating on her, that he had lied about his past and that she has been his “first, last, and only”. The two realize how much they love each other and the husband states that he will, “put his wife on a pedestal, and treat her the way he should”. Both members of the other couple are unfaithful, and have tremendous regrets about it. They share with each other, and commit to building a stronger union. ***END SPOILER*** At the end of the film, the values of monogamy, traditional marriage, and faithfulness are lauded.

I want to be clear that this film is not garnering my recommendation. It is grossly inappropriate, not suitable for any kids, and contains an excessive amount of objectionable material. It is my job to be honest about the film’s qualities as well as its shortcomings. If I stand and complain about the immorality of this Hollywood production, it would be hypocritical of me not to tell you about what it got right. Because it got some things right, does that mean Christian viewers should see it? Probably not, but it is my hope that maybe, just maybe, in spite of vulgar content and the best efforts of the Farrelly brothers, the biblical foundation of marriage will be glorified, just as God intends.

Negative
Negative—Do not bother seeing this film. It is patronizing to those WASPs who live in “flyover country” between the coasts and probably vote GOP. There is even a scene where Owen Wilson’s sidekick is treated with utter disdain by a Jewish couple. He mentions that he sells insurance, but they are buying a house, so they might need insurance. He misuses the expression, “mazel tov” to mean “good luck,” rather than “congratulations.” I get the feeling that this is how Hollywood sees middle class folk—stupid, clumsy, dissatisfied, cowardly, materialistic and immoral.

There is a Charlie Sheen “tiger-blood” “vibe” about this movie. I say this even though I believe “There’s Something About Mary” to be a comic masterpiece, albeit extremely offensive. There are some laughs in this film, but they are in the nature of sketches, unlike the brilliantly sustained comic storyline in “There’s Something about Mary.”

From a Christian perspective, this film is a “train wreck.” There is trivialization of marriage and of adultery, casual sex, full frontal partially erect male nudity, etc., etc. Some may see the ending as affirming of marriage—but I did not. Wilson’s character’s wife’s retort to his revealing he lost his virginity to her is just nasty.

It just seemed to be another occasion for a few cheap shots at the common folk in “flyover country.” Alternately, it was to make us realize how “stupid” he had been not to cheat on her when he had his chances. There are plenty of immoral and humorous films showing that do not mock people for being middle class—preserve your dignity—see them instead. Applegate is gifted comedienne. Wilson is a gifted comic actor. Both were wasted in this movie. There is one delightfully and anarchically funny sub-plot involving a wannabe disc jockey and his crush on a barista, but that is the only flash of the old brilliance.
My Ratings: Moral rating: Extremely Offensive / Moviemaking quality: 3

Blue, age 52 (Australia)
Negative—This is not a Christian movie. There is a scene that shows male nudity. The camera specifically showed his fully erect p*nis for every person who was watching this movie to see. I couldn’t believe my eyes of what I had just seen. Out of absolute shock, puzzlement, dismay and embarrassment I was frantically trying to change the TV channel to another channel. “Hall Pass” was not only disgusting and unendurable, but filthy and boring, too. The broadcasting of this movie is really reckless and grossly irresponsible.
My Ratings: Moral rating: Extremely Offensive / Moviemaking quality: ½

Tina, age 28 (USA)
Comments from young people
Negative—I’m probably too young to see this movie in the first place, but all I thought was going to be in it were some dirty jokes and a stupid plot. But it ended up showing full frontal nudity. Along with that it was very wrong, on so many levels.
My Ratings: Moral rating: Extremely Offensive / Moviemaking quality: 2½

Mary, age 14 (USA)
Comments from non-viewers
I haven’t seen “Hall Pass,” nor do really I care to, but in reading the review I was so impressed by the writing, especially in the final paragraph. It really sums up my own position on the many Hollywood movies that have a positive message but are garnered towards a secular audience. The comment about God being glorified despite the intentions of the moviemakers struck me as so perceptive and non-judgmental… as a Christian who has had some bad experiences with extreme legalism, I so appreciated the honesty and objectivity in this particular review. Thank you Daniel Thompson :)

I usually just read the reviews here to get the real scoop on how bad a particular movie is, even though in my opinion, the reviews often seem so biased and personally “offended” as to affirm the narrow-minded Christian stereotype. Anyway, after reading this review, I’m refreshed and pleasantly surprised. Thanks again.