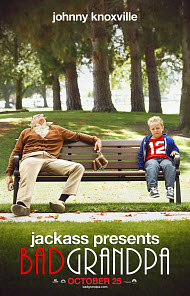 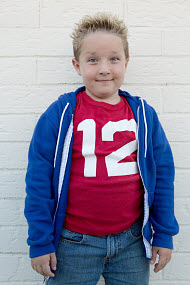 What are the potential effects of strong crudity and vulgarity and strong sinful sexual content on audiences?

Here’s what the distributor says about their film: “Eighty-six-year-old Irving Zisman is on a journey across America with… his eight-year-old grandson Billy, in ‘Jackass Presents: Bad Grandpa’. Along the way Irving introduces the young and impressionable Billy to people, places, and situations that give new meaning to the term ‘childrearing.’ The duo encounters male strippers, disgruntled child beauty pageant contestants (and their equally disgruntled mothers), funeral home mourners, biker bar patrons, and a whole lot of unsuspecting citizens. Real people in unreal situations… one really messed up comedy.”

Negative
Negative—I did not want to see “Jacka** Presents: Bad Grandpa,” but a family member took me to see it, and although there were a few genuinely funny moments, most of it was very, very crude, and there were several disturbing gags, all involving the male anatomy, which I thought could not be shown in an R-rated movie. There is a lot of graphic nudity, sexual references, comic violence and surprisngly a moderate amount of profanity. I DO NOT recommend this film.
My Ratings: Moral rating: Extremely Offensive / Moviemaking quality: ½

D, age 27 (USA)
Movie Critics
…one of the most depraved movies ever released by a major studio. Featuring a grandfather corrupting his young grandson with alcohol, vulgarity, promiscuity, theft, and dishonesty, it makes a very disturbing statement on how low a major American movie studio is willing to go to appeal to fans of depraved humor. …

Graham Killeen, Milwaukee Journal Sentinel
…isn’t afraid to chase laughs with some low-hanging fruit… plenty of other penis throughout the film. …uncomfortable humour…

David Berry, National Post
… there’s still comic life in this decade-old franchise — provided, of course, the sight of a senior citizen getting his penis caught in a vending machine is the kind of thing that brings a smile to your face. … Too much of the 90-minute running time gets bogged down in Irving making lewd passes at uninterested younger women…

Michael O’Sullivan, The Washington Post
…non-stop line of pornographic chit-chat. … Just don't say — if you have a low tolerance for crude, rude and lewd — that I didn't warn you.

Stephen Whitty, The Star-Ledger (New Jersey)
…Most of the gags hinge on the shock expressed by their innocent foils when presented with the kind of scatological jokes and dick humor that they don’t expect from an old guy and an 8-year-old kid. … [2½/5]

Marjorie Baumgarten, The Austin Chronicle
…play out such tired pranks from the Jackass repertoire as brazenly shop lifting, flatulating in public and destroying property. … the antics come off as gags for the sake of cheap laughs. … [1/4]

Dave McGin, The Globe and Mail