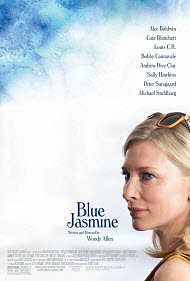 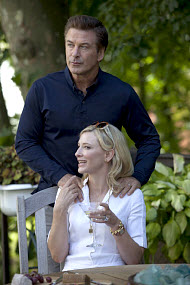 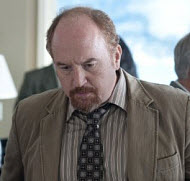 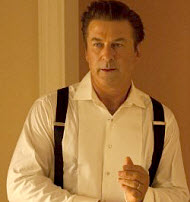 narcissistic hangups and their consequences

cheating husband—adultery and fornication in the Bible

SIN in the Bible

“Blue Jasmine” is a tale that success is not everything. Cate Blanchett plays Jasmine French, a former New York socialite, married to a wealthy and successful man. We are first introduced to her arriving in San Francisco, to stay with her sister after finding herself broke and alone. Throughout the course of the movie, more and more is uncovered as to how she found herself in this situation. Having been a victim of adultery, financial fraud, family break-up, and the guilt of having inadvertently cheated her sister, Jasmine is on the brink.

Addicted to Xanax, and putting together a web of lies to try and create a new life, Jasmine only finds reality getting harder and harder. As her relationships break down, and her mental state gets more and more strained, she is forced to make choices for the better or worst.

Despite being a PG-13, it’s a dark and hard movie to watch. There is a scene of domestic violence, a lot of drinking, scenes of drunkenness, and a lot of implied adultery (although nothing is ever seen). There are two occasions the word f**k is used, and a few other moments with s**t, b*ll s**t, and taking the Lord’s name in vain. Overall, the language is very infrequent and proves a point you can make an intense character driven film without excessive use of expletives. The sexual content is very mild, despite the underlying theme of adultery. Nothing is promiscuously shown; there are no revealing outfits, and the toughest thing we see is the flirtations between people we know are married to others.

The Bible makes it very clear about adultery. It’s one of the Ten Commandments. Everyone knows that it is an unacceptable action. Yet, we are bombarded by it in films every year. Satan has the greatest of desires to wreak havoc and disunity in any healthy relationship, and “Blue Jasmine” shows the potential effects of his work.

God’s heart bleeds every time we indulge in sexual temptation, when we prioritize that instead of Him, and when we can be led astray by something so unfulfilling in the long run, when He has given us perfect love. “Blue Jasmine” is a positive movie in it’s message. In the same way it’s said that “crime doesn’t pay,” adultery doesn’t either. It will eventually lead to heart break, anguish, despair and loneliness.

MARRIAGE OBSOLETE?—Is formalized marriage becoming obsolete? Answer
Many people seem convinced that traditional marriages don’t work and that this practice should be abandoned. What does the Bible say about marriage?

“Blue Jasmine” has been nominated for three Academy Awards, including one for Cate Blanchett. She is phenomenal playing the drug addicted, heartbroken, mentally unstable woman who only dreams of success and leaving her past behind. Her role and performance give striking similarities to Blanche from “A Streetcar Named Desire.” The editing and mood build up, coupled with the romantic European soundtrack that is usually used for love stories; all work together to create a film that actually holds a lot of unsettled feeling to it. As far as a piece of creative art goes, this can have you catching your breath, grimacing, laughing, groaning, and holding your heart as the whirlwind of emotions is brought down on you as it is on Jasmine.

This is a film for adults. But I believe it could be useful to bring home the message to teenagers that cheating in relationships, not being faithful and facing up to the challenges in life has huge costs. If it is discussed with them openly, it has wonderful potential to be a life changer. An all-round fantastic movie. Woody Allen should be proud.

Positive
Positive—Woody Allen’s latest movie, “Blue Jasmine,” is a tour de force for the talents of Cate Blanchett, who plays Jasmine, a woman who falls apart mentally when her marriage collapses. The story is told in a particularly complex and yet extraordinarily lucid way, as a multitude of clearly defined characters come into play.

The movie focuses also on Jasmine’s non-biological sister Ginger, played by Sally Hawkins, who helps her during her collapse, and Ginger’s many boyfriends. Both sisters were adopted, and we know nothing about their upbringing. They are completely different from each other, and the contrast propels the drama.

Woody Allen uses flashbacks deftly to show Jasmine’s marriage to a crooked husband, played by Alec Baldwin. The texture of the movie is amazingly complicated, piercing to the very marrow of a woman’s dependence upon her marriage and her faith in an unfaithful husband, and how this fragile life of hers unravels.

This is a skillfully made drama, with a comedic dimension that Woody Allen is able to achieve so well.
My Ratings: Moral rating: Average / Moviemaking quality: 5

Halyna Barannik, age 67 (USA)
Negative
Negative—Even the majestic Kate Blanchett seen here firing on all cylinders can’t save this rotten celluloid turkey. Horrible. Woody Allen succeeded in creating perhaps the worst movie of the year. Has more dialog then a carpet has fibers, and not any of it it witty or profound or even interesting. Poor Kate and Alec Baldwin… they were suckered into their “woody” movie only to be blindsided by a poor script that translates into low brow oblivion. Double Yuck.
My Ratings: Moral rating: Average / Moviemaking quality: 2½