What is one of Satan’s most successful strategies in dealing with followers of Christ? 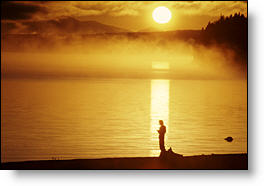 What are some of the most difficult attacks Christians face? Jesus warned that some of them would come from within the Christian camp.

In Matthew 5:13-16, Jesus said that Christians are to be salt and light in the world.

Salt is for taste and a preservative.

Light represents an ideal, and also exposes what is in the dark.

Jesus warned that Christians might fail at being salt and light in their relationship to the non-Christian world. His warning turned out to be a very sophisticated sociological prediction of how minority groups behave under pressure.

To be saltless salt is to get diluted, to no longer be salty and so to be useless. This problem results from Christians blending into society, accommodating and compromising. They become indistinguishable from it in thought and life.

A lamp hidden under a box is the equal and opposite response to minority status—tribalizing. People hold tight to their truths, resist compromise, circle the wagons, and retreat into a tribal subculture. Behind this fortress wall Christians, specifically, form a ghetto, which they feel to be right, good, very spiritual, and safe. They even begin to speak in a tribal Christian dialect.

There are good reasons that racial and ethnic minorities have used both of these strategies. In Boston, Irish and Italians have blended in. The Chinese have built Chinatown. Fine. But Jesus taught that, for the Church, both of these directions are wrong, aborting His mission for His people to be salt and light in the world.

Jesus insisted that Christians are to resist the enormous social pressures which push them in either direction.

Without saltiness Christians will blend in and become resonant with the world. There will be no tension or conflict. They will be much more comfortable.

With their light hidden in a tribal community, Christians can become so isolated that they have no social contact with the world. Also more comfortable.

But for Christians, both strategies are forms of worldliness—they are getting more security from their relationship to society, and less security from God.

The result of either approach is a crippling of Jesus’ mission for His people in the world. For the saltless people, evangelism begins to seem less and less necessary because, well, it’s awfully divisive, so why cause trouble? For the tribal, it becomes more and more difficult because they have no friends in the world, do not speak its language, and have to invent contrived and unnatural ways and places for it to happen.

The polarization will not get better by itself. These forces are getting worse—even since the last election.

So where to turn?

Author: Richard B. Keyes, director of L’Abri MA, a residential study center in Southborough, Massachusetts. The original L’Abri was founded in Switzerland by the late Dr. Francis A. Schaeffer in 1955—fifty years ago last month. Mr. Keyes is a graduate of Harvard University, an author, and a lecturer. Since 1997 he has been an AIIA Resource Associate. This is an original article first published by AIIA Institute.

Text Copyright © 2005, AIIA Institute, All Rights Reserved—except as noted on attached “Usage and Copyright” page that grants ChristianAnswers.Net users generous rights for putting this page to work in their homes, personal witnessing, churches and schools.