for violence including intense sustained gun battles and fight scenes, and for language. 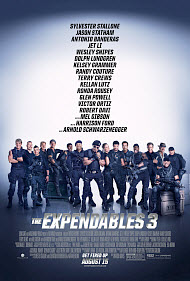 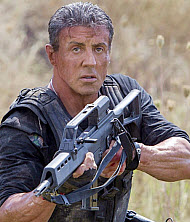 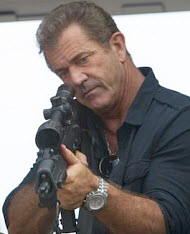 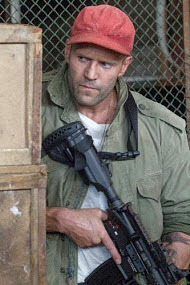 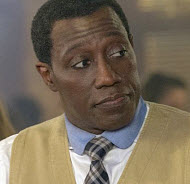 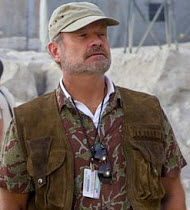 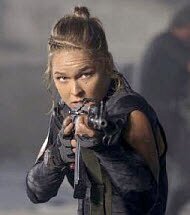 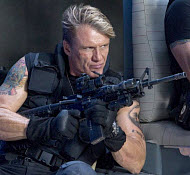 If you’re assuming that this third installment in the Expendables series is just another worthless cuss-fest with graphic violence, as an excuse for a popular action movie, I’m glad to inform you of the contrary. Don’t jump to conclusions from that statement, though, I’m not necessarily saying it’s a good movie. Compared to the previous two Expendables movies, yes, it’s good, but how much is that really saying? Let’s take a look.

The plot is simple and easy to follow. Barney (Sylvester Stallone) is back with a new mission. It turns out that the evil Stonebanks (Mel Gibson) is not actually dead, as was believed. Now his orders from CIA agent Max Drummer (Harrison Ford) are to bring Stonebanks to the law alive to be tried for war crimes. Barney doesn’t want to see his aging companions get killed, so he retires them from the group and hires new, younger team members—a collection of other action heroes. But after his original companions reason with him, Barney agrees to accept their help, too. So the original team and the new team now make up The Expendables, doubling the size of the team. They must now spy on, evade, and overpower Stonebanks. Action time!

This is the first Expendables movie not to be rated R, and its PG-13 rating is very fair. There’s plenty of violence, but it’s not brutally extreme or graphic. No severed limbs or anything like that, toned way down from the previous two films. But it’s still filled with shootings, explosions, hand-to-hand combat, etc.—high body count. The opening intro is pure action, and the last half hour of the film is basically a big long action sequence (except for the ending). There’s exciting suspense and mission steps throughout the rest—all kinds of wild peril and stunts, too.

There is still quite a load of bad language in this film, but it’s not as harsh as the last two. The blasphemies and crass terminologies are fewer. There is an f-word (if there are any more, they are barely heard over the chaos). The sexual content is very minimal; just a few crude references, the heroine’s clothes reveal a bit of cleavage, occasional passive flirting, a few shirtless men, and a barely noticeable immodest painting.

So the violence is less disturbing. But is it appropriate? Is this the kind of film Jesus would encourage us to be entertained by? Action movies are supposed to be fun, and there are a lot of stunts and such in this one that do make it fun. But the copious amount of killings prevent it from being fun, overall. It is true that The Expendables are doing what they’re doing under the authority of the law, but it’s clear that they’re excited about getting to kill people. A prime example is when Drummer tells Barney to turn in Stonebanks alive, and Barney actually resents this because he wants to kill him himself. Also, in many circumstances, the team could have obeyed orders by other means than killing.

Genesis 9:6 says that there are times when killing another man is right—if he is responsible for a murder. However, killing should never bring pleasure. It sends unrepentant sinners to Hell, and it’s a terribly tragic thing, even if it is right. The Expendables may be doing right by killing (though others may disagree, which I respect), but they relish it. Killing, killing, killing—that’s the norm for them. They’re also hungry for revenge.

Summed up, the film is desensitizing. It’s good that the team is committed to justice, but there’s not a shred of mercy. (I will acknowledge that it hurts Barney emotionally to have to kill an old friend turned bad, but this actually drives him to get the killing over with even more.)

If you want an inspiring story of justice and good-winning-over-evil, with a pack of fun action and adventure, this movie does a poor job of that. Go watch “Raiders of the Lost Ark,” and skip this. If you like something a little darker and more intense, even “Temple of Doom” will do. The Indiana Jones franchise is the most famous action series, and there are always strong lines drawn between good guys and bad guys. But this movie doesn’t show much more than both good guys and bad guys doing the same thing in cold blood—killing. I wouldn’t strongly caution you to avoid it as something horrible, but I do not recommend it. If you asked me to give you the simple advice of “yes” or “no,” it would be an immediate “no.”

Comments below:
Positive
Positive—If I understand correctly, the Expendables (a collection of old action movie stars led by Sylvester Stallone plus a few fresh faces I have never seen before) are after a former Expendable (played by Mel Gibson) who has betrayed their moral code—whatever that is. I did not see the first two installments because of the R rating. With the language and extensive killing, this one could have garnered an R rating.

Nevertheless I liked the action, especially in the third act. I do wonder, though, why the bad guys can’t hit the side of a barn with a BB gun (unless they use a tank) while the good guys shoot with pinpoint accuracy.

I had to laugh as Antonio Banderas” character flirted with the only female Expendable (the lovely Kellan Lutz), and, in the process, mispronounced the word hypnotic—saying hip-no-tic with the emphasis on hip.

Because of the killing and language, this film is definitely not for preteens. But if you want to watch some well choreographed fights and some pretty good action and don’t mind a thin plot, give this rental a view.
My Ratings: Moral rating: Offensive / Moviemaking quality: 3½

Jeff, age 57 (USA)
Movie Critics
…this is a movie that wantonly creates an impossible, consequence-free, adrenaline-rush of a world and fills it with as much vivid violence as possible. …The film never stops. It never breathes. It never wants anything other than one more exhilarating slam-crash-pow. … [1½/5]

Bob Hoose, Plugged In
…A winning formula appears to be faltering, even with an infusion of new blood. …The biggest misstep involves sidelining the original cast members while Ross convenes a new group of Expendables, which consumes an unwarranted amount of plot without commensurate payoff. …

Patrick Hughes, The Hollywood Reporter
… this latest rah-rah red-meat installment is the biggest and best surprise of the series. It has its flaws, but it’s mostly a big, dumb, gruntingly monosyllabic hoot. … [B]

Justin Chang, Variety
…one of the most ineptly choreographed battles in recent memory… This installment’s an unremittingly leaden slog that often plays like a promo reel for the film commission of Romania… [0]

Lou Lumenick, New York Post
…sheds meaning even as it adds more steroidal muscle… a cattle drive of subprime beef, with more grunts and stares than dialogue. This is what an Earthbound “Guardians of the Galaxy” would be like if every character was Groot, the tree guy. … [1½/4]

Peter Howell, Toronto Star Newspapers
…Lots of stuff blows up and innumerable kills whiz by, which puts T“he Expendables 3” in that awkward spot which kowtows to a PG-13 rating while also subverting everything the rating was meant to shield. What the movie ultimately demonstrates is that the sum total is less than the individual parts… [1½/5]

Marjorie Baumgarten, The Austin Chronicle
…proof that sometimes even your low expectations can be far too high… “The Expendables 3” seems even lazier than it needs to be, with a script that feels like it was sketched out between takes… [1/4]

Liam Lacey, The Globe and Mail