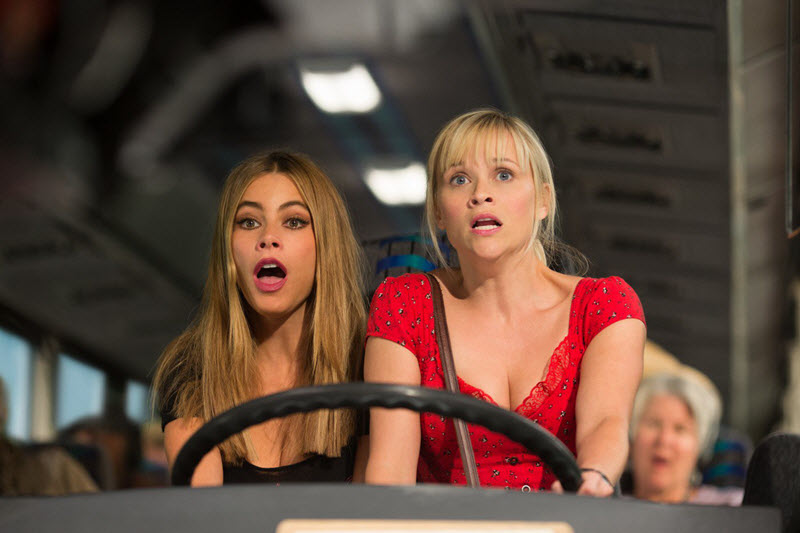 for sexual content, violence, language and some drug material. 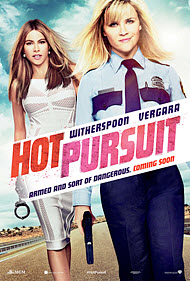 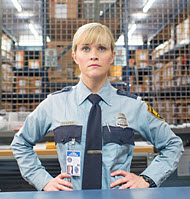 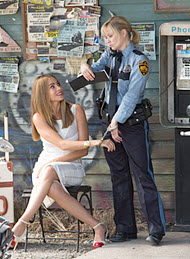 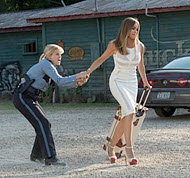 About murders in the Bible 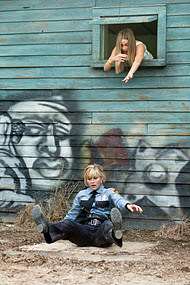 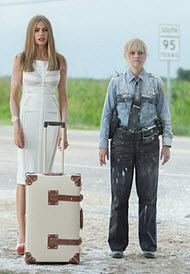 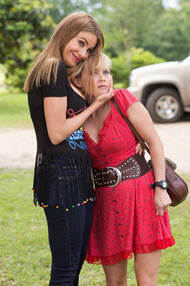 “Armed and sort of dangerous.”

I hate to come off like that pessimist that starts criticizing from the introduction of his review. But I’ll tell you upfront that I agree with the general public’s assessment of this film’s quality; as of today, a little over two weeks after its release, it has one star on RottenTomatoes. However, it did have some surprising plot twists. But what I’m really here to do is give you a Christian perspective on the plot and content.

In this fugitive, buddy, crime-action comedy, Officer Rose Cooper (Reese Witherspoon) must safely escort Daniella Riva (Sofia Vergara) to testify against a crime boss after the murder of Daniella’s husband. But on their way, things go awry, and they must flee crooked cops, while Cooper is mistaken for a crooked cop herself.

This movie actually isn’t all that violent. There’s not much shooting; most of the action is running and chasing. There is one scene, however, where a redneck is threatening the two women with a gun and accidentally shoots part of his finger off. This scene isn’t very graphic, but it’s still gross—and part of what makes it gross is the fact that it’s played for laughs. Overall, the violence is on the low side of PG-13.

Occasionally, there is a crude sexual reference or joke. Both women wear clothes that reveal about half of their cleavage. In one scene, the two women disguise themselves as lesbians and fondle each other. In another, a woman accidentally walks in on a man while he’s naked and, startled, yells “p-n-s!” No nudity is shown, though.

Unfortunately, the protagonists do indeed do some crooked things, not the least of which is stealing a few cars to escape. In one scene, Riva prays for Cooper loudly and annoyingly, clearly played for laughs—irreverent.

Not everyone will find this film obnoxious, like I did, but it’s just not worth seeing. If you want a film about falsely accused people trying to clear their names, “The Fugitive” is an absolutely wonderful movie that I highly recommend. If you want a good buddy crime comedy, “Bad Company” might be a good watch. And if all you want is a cop movie, “Courageous” is one of the best you’ll find. This film has its pleasing moments, but, in the end, is corny and dissatisfying. Add in the offensive content, and the result is a film that is best left unwatched.

Positive
Positive—This is a very funny movie, essentially free of profanity, with good acting and cinematography; although the seamier side of life in Louisiana is not exactly scenic. It is dragged down by several sexual comments and gestures; however, they are presented in an awkward, clumsy fashion that is seeking laughs rather than lust, successfully, for the most part.

The verse that best applies to the plot as a whole is Proverbs 3:21 “Have two goals: wisdom—that is knowledge and doing right—and common sense.” A lack of the latter gives rise to most of the laughs.
My Ratings: Moral rating: Average / Moviemaking quality: 3½

Brian Schacht, age 68 (Canada)
Negative
Negative—I saw this movie because it was a Sunday discount movie. I am glad that I did not pay full price. I heard it was a “funny” movie, but it lacked good comedy. There were a lot of off color comments that only adults should have heard. It was not a movie for children, even though I saw a few families with their kids.

Reese Witherspoon and the other leading actress wore clothing that revealed their cleavages, and there was a scene where they undressed in a public place, showing a bra and underwear. Even though it was centered around a police department, I didn’t expect all the violence and shooting. There wasn’t a lot of blood shed, except a gun shot wound and a man shot his finger off. I wished I would have walked out of this one.
My Ratings: Moral rating: Offensive / Moviemaking quality: 1½

Susan Ellingburg, Crosswalk
…If there’s any sexist cliché or sitcom groaner missed by the guilty parties behind this cop-and-robber coupling, it’s not for want of trying. The only thing impressive about the movie is how it manages the awesome feat of being comedically tone-deaf in both English and Spanish. … [1½|/4]

Peter Howell, Toronto Star Newspapers
…here they both seem lost within the maze of unfunny dialogue and situations. …

Bob Hoose, Plugged In
…some funny moments, but it’s marred by some off-color humor, lesbian jokes and foul language, plus some unbelievable comedy that doesn’t always work. …

Ted Baehr, Movieguide
…I was rooting for the killers. …“Hot Pursuit” feels weirdly out-of-date, with its bad wall-to-wall music, corny comedy and cheapskate production values. Watching the film in a theater, you still feel like it’s on VHS. …