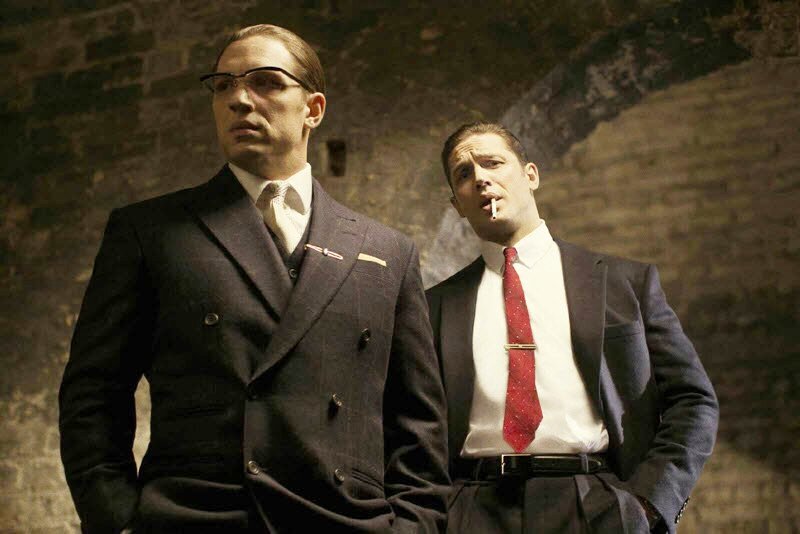 for strong violence, language throughout, some sexual and drug material. 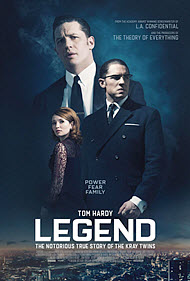 twins in the Bible

sin/evil and the fall of man

Ronald Kray was openly bisexual—and a rapist of men. 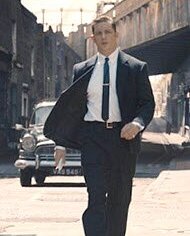 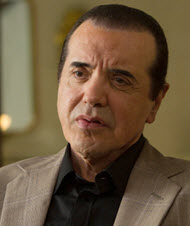 “The notorious true story of the Kray twins”

“Legend” is based on the real life gangsters, The Kray brothers Ron and Reggie Kray (both played by Tom Hardy). Reggie used to be a boxer, and Ron has serious psychological issues with violence and is unstable and unpredictable. The film opens with Reggie getting his brother out of an insane asylum. After his release, the two begin to take over London’s crime world. Reggie finds and marries Frances (Emily Browning). They start their takeover by muscling in on a local pub. Reggie is apprehended for a previous crime and that leaves the unstable Ron in charge, then things go completely haywire.

Let’s start with the acting, Tom Hardy is impeccable in these two lead roles. Everyone else in the film seems to fade into the background. The supporting cast is average. The plot is cohesive, and uses historical fact to add substance, which is good.

As for the objectionable content, there’s plenty. Violence is on overkill (pun intended). There’s also a ton of foul language and blasphemous remarks, throughout. There is heavy sexual language, and sexual images are shown.

The film deals with several issues that can be considered. Greed, lust for power, love of family through ultimate trials.

As for the biblical aspect, there is an under tale of trying to be your own god. We as Christians understand that there is only one God. When that truth is forgotten, it leads to our own demise.

As for a recommendation, the acting by Tom Hardy is super, but the violent and gritty nature of the film make it very difficult to enjoy.

Movie Critics
…while the movie could’ve been worse, Legend is quite bad enough just as it is. The violence and foul language is terrifically harsh. … [1/5]

Dan Jolin, Empire [UK]
…because of the extreme amount of foul language and the amount of violence, extreme caution is advised. …

Ted Baehr, Movieguide
…It’s a showcase for Tom Hardy but story falls short… the film is far too long… [2½]

Bill Goodykoontz, The Arizona Republic
…For all Hardy’s expressive detail and physical creativity, Helgeland’s chewy, incident-packed script offers little insight into what made either of these contrasting psychopaths tick, or finally explode. …

Guy Lodge, Variety
…There’s a British expression, “all mouth and no trousers,” which means someone who talks a great game but can't actually deliver on his boasts. It's an apt way to describe “Legend”… You spend more time looking at the cocktail glasses than at the performances. …