for thematic elements, some disturbing violence, brief sensuality and language. 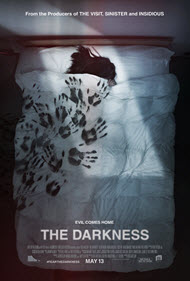 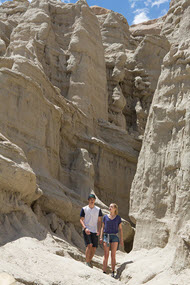 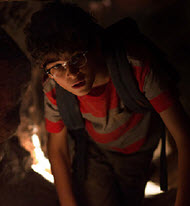 spirits in the Bible

“The God you are familiar with cannot save you now.”

“The Darkness,” tells a story of a family of 4—mom, dad, daughter and a son who is autistic. They are on a vacation in Arizona and visit the Grand Canyon and surrounding areas. The son stumbles upon ancient stones and decides to take them, unbeknown to the rest family. Once he arrives home with the stones, things start to get odd. The family begins hearing noises and seeing things that they cannot explain. They try to find answers.

The acting is underwhelming. The characters are not developed. I felt as if I was stumbling upon a story halfway through. They tried desperately to clue you in to their past, but it was poorly done. The story, however, was not bad, it just wasn’t delivered properly. The film depends on dark and jump-scares, rather than building the story. Kevin Bacon plays the father, and I was disappointed in his performance, as well the rest of the cast. They did do a decent job of depicting a child with autism, but it was obvious that they relied on stereotypes.

Language is a big part of the film. It uses several blasphemies and swear words that seem to have been placed as an afterthought and were not conducive to the plot. An eating disorder is displayed in pretty vivid detail. There are bloody images. Native American paganism is represented.

The filmmakers go out of their way to mock Christianity in some scenes. Christianity is viewed as inaccurate, and the family must go back to Old Pagan tribal rituals to defeat evil. The Bible states in Acts 4:12:

And there is salvation in no one else; for there is no other name under heaven that has been given among men by which we must be saved.” There is no fear in Christ.

Ask for recommendation, I would say it’s a no-go. The movie had potential to be very substantive, however it comes off as weak, offensive and an underdeveloped story with subpar acting.

Movie Critics
…ho-hum spookfest… Kevin Bacon stars in hokey hex horror full of typical tropes… All the parts where something LOUD happens in the hopes of getting the audience to squeak are clunky and predictable. … [2/5]

Jordan Hoffman, The Guardian (UK)
…flabbergasting cluelessness… This enterprise is so listless that one can't even work up a proper head of self-righteous steam over the spooky Native American clichés that drive the plot. [1/4]