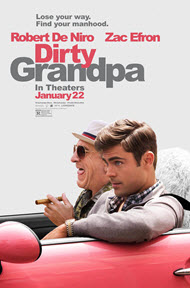 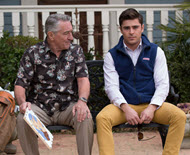 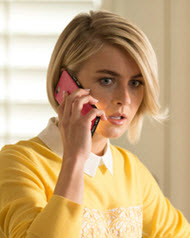 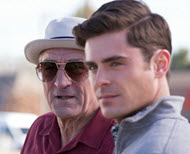 Marrying to get ahead in one’s career

Use of vulgar language 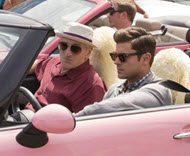 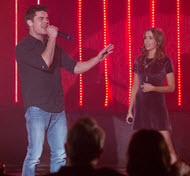 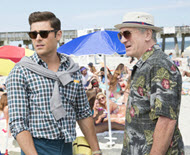 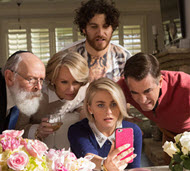 Here’s what the distributor says about their film: “Jason Kelly (Zac Efron), an uptight lawyer headed down the wrong path, is tricked by his rambunctious Grandpa, Dick (Robert De Niro), into taking an outrageous road trip. While his methods may be unconventional, Dick, a former Army general, is determined to teach him how to live life on his own terms.

Jason Kelly is one week away from marrying his boss’s uber-controlling daughter, putting him on the fast track for a partnership at the law firm. However, when the straight-laced Jason is tricked into driving his foul-mouthed grandfather, Dick, to Daytona for spring break, his pending nuptials are suddenly in jeopardy. Between riotous frat parties, bar fights, and an epic night of karaoke, Dick is on a quest to live his life to the fullest and bring Jason along for the ride. Ultimately, on the wildest journey of their lives, “dirty” Grandpa and his uptight grandson discover they can learn from one another and form the bond they never had.

Every time you buy a movie ticket or rent a video you are in effect casting a vote telling Hollywood, “I’ll pay for that. That’s what I want.” What enables Hollywood Liberals to continually attack the Bible in movies and present immoral and even abhorent programming? Money. Christian, don’t be part of the problem. Answer

Negative
Negative—First let me preface by saying I don’t rate vulgar movies/shows lightly. Example favorites include “Breaking Bad,” “The Departed,” “Narcos” and so on. I can appreciate movies and shows with a story and purpose. This movie has none of the above. It’s vulgar for vulgar sake. Seriously this movie is not all glorifying to God. Please trust me. It celebrates sin to the fullest, for no reason at all. Seriously this movie quenches the spirit.
My Ratings: Moral rating: Extremely Offensive / Moviemaking quality: ½

Nick Schager, Variety
…a heinously lazy comedy that can’t even find the energy to try to be funny, and so settles for offensive. …

Ted Baehr, Movieguide
…a genuine envelope-pusher. Its crudity is relentless. The subjects of its indifferently crafted and callously executed jokes include roofie-ing, crack smoking, child molestation, jailhouse rape, graphic depictions of p*nises in the shape of a swastika being displayed to a rabbi, and more. …

Glenn Kenny for RogerEbert.com
…Makes “Bad Grandpa” seem subtle and sophisticated by comparison. …It can be definitively stated that “Dirty Grandpa” is utterly unfunny. Or, you could say it's as funny as child molestation, a subject which, incidentally, inspires one of its least tasteful gags. …

Frank Scheck, The Hollywood Reporter
“Dirty Grandpa” is dirty, but not funny… “Dirty Grandpa” does have one distinction. It makes De Niro’s previous comedy low point “Meet the Fockers” look good by comparison. [1½/4]