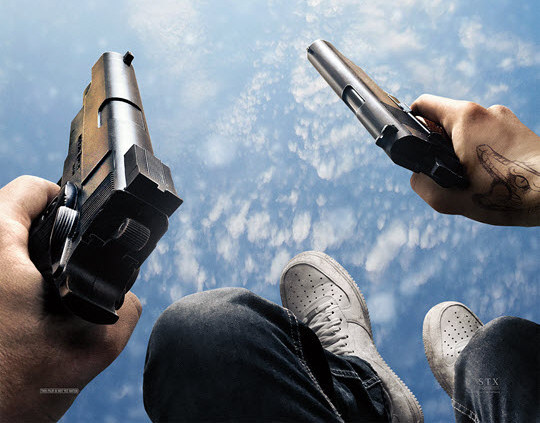 for non-stop bloody brutal violence and mayhem, language throughout, sexual content/nudity and drug use. 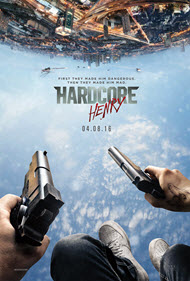 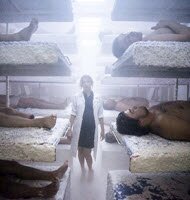 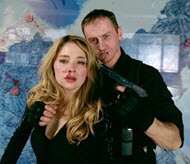 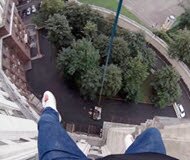 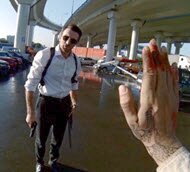 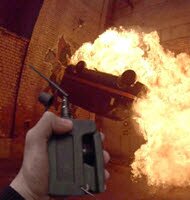 the idea of developing a half-human, half-robotic hybrid

simulating the killing of a huge number of people as entertain

intense use of coarse and sexual language

“Hardcore Henry” begins as the title character awakes in a lab, his body missing both a leg and an arm. A beautiful young scientist named Estelle (Haley Bennet) introduces herself and proceeds to repair Henry’s body with robotic limbs. As it turns out, Estelle is actually Henry’s wife. All seems fine and dandy until a maniacal villain named Akan (Danila Kozlovsky) attacks the lab and forces both Henry and Estelle on a run for their lives. Estelle is kidnapped while Henry is knocked down for a moment. The rest of the film follows Henry’s desperate fight for survival against a seemingly never-ending supply of Akan’s goons scattered all throughout the city, as he attempts to find and rescue his wife. Along the way, he’s assisted by a mysterious man named Jimmy (Sharlto Copley), who seems to have a few uncanny secrets, as well.

A lot of action flicks nowadays are advertised as containing “non-stop action,” in order to lure in moviegoers looking for an adrenaline rush. Said movies tend to feature a lot of breaks in the action for many purposes, such as story expositions. “Hardcore Henry” might just be the only action film I’ve ever seen to truly merit the label of “non-stop action.” The first five minutes are sweet and quiet. The next 86 minutes? An endless barrage of relentless, adrenaline-fueled action. It doesn’t stop for a second. The movie tries to top itself scene after scene, and it mostly succeeds.

But what really makes “Hardcore Henry” stand out is its much-ballyhooed first-person perspective. The entire run-time is seen through Henry’s eyes. You see everything Henry sees. When he scales a tall building (in an impressive display of parkour stunt-work) and looks down to see how far from the ground he is, the effect on the viewer is actually dizzying. It keeps you on edge, thinking that the character could fall to his death at any moment. The film is filled to the brim with moments like these, the standout moment being a breakneck rooftop chase scene that actually made my jaw drop.

The performances range from mediocre to great. Haley Bennet is the weak link here, as her character just seems a little too artificially sweet and plastic to be taken seriously. Danila Kozlovsky is decently entertaining as the villain, managing a nice balance between funny and menacing. But Sharlto Copley steals the show. I won’t give any details, but I will say his performance is one of the most unique and humorous I’ve ever seen.

The story is as thin as its characters are one-dimensional. This isn’t exactly art-house material. It’s obvious the filmmakers weren’t interested in these things, as their focus was to create an energizing action experience, but, still, it’s near impossible to feel personally invested in the film when there’s really nothing there in terms of story or characters. Also, the first-person camerawork might cause motion sickness in some viewers, as it does get fairly hectic throughout (especially during the chaotic final battle).

Unfortunately, as much as I enjoyed the ingenuity and action of “Hardcore Henry,” its content problems put a damper on things.

Violence—The film’s biggest issue is its excessive violence. The brutality on display here takes things to another level. People are gunned down in pretty much every scene. Arms and legs are swiftly broken. A villain’s head is blown to pieces by a shotgun blast. Another has the top half of his head slowly and painfully ripped off by some barbed wire. Henry uses a knife to disembowel one of Akan’s men before throwing it into another goon’s eye. He viciously shreds another enemy’s head against a brick wall (the sound effect is sickening).

Villainous characters are burned alive, turned into goo by spinning helicopter blades, have glass shards pressed against their faces, are beaten to death with bricks, riddled with bullets all over the body, etc. One enemy even has his genitals crushed under his pants. Blood splatters on walls, grenades obliterate bodies. I could go on, but you get the idea. Bottom-line: The violence is just way too extreme here. It may look very unrealistic and over-the-top (some of it is pure CGI), but the fact that it’s all seen from a first-person view makes it feel more real.

Language—The Lord’s name is taken in vain a few times. I counted up to 30 f-bombs along with frequent use of other mild profanities, including about a dozen uses of “s**t.” Crudities such as “d**k,” “p***y,” and “c**k” are used.

Sexual Content—At one point, Henry finds himself in a strip club where women in varying stages of undress perform for patrons; a few are topless. As he makes his way through the club, he spots some patrons engaged in role-playing sexual acts (no intercourse or graphic imagery) with the female workers. Henry has a brief flashback at one point showing him and his wife engaging in intercourse (we see her from the neck up from a first person perspective, smiling down on him and putting one of his fingers in her mouth).

Drug and Alcohol Content—One character furiously snorts a large amount of cocaine at one point. Marijuana is smoked. Henry injects two syringes of adrenaline into his legs in the film’s climax. Alcohol is consumed.

Other Negative Elements—In one scene, Henry is given a chance to spare one of his enemies after incapacitating her. The choices are opposites: take revenge, or forgive and spare her. As she begs for her life, it’s easy to think about what the Word says regarding the matter.

“Recompense to no man evil for evil. Provide things honest in the sight of all men.” —Romans 12:17-21

“But I say unto you, love your enemies, bless them that curse you, do good to them that hate you, and pray for them which despitefully use you, and persecute you.” —Matthew 5:44

What does Henry do? Push his enemy off the ledge she’s hanging on to, letting her fall to her doom. It’s an uncomfortable moment to witness, though we don’t actually see her bloody demise.

Henry’s drive to save his wife’s life is admirable. Throughout the film, he fearlessly puts himself through all kinds of mayhem in his search for her. At one point, he even attempts to give his own life as a sacrifice, so a villain will spare her life. The Word talks about self—sacrifice plenty of times, the most touching one being Christ’s words to his disciples regarding His sacrifice.

As said before, “Hardcore Henry” is a truly unique, immersive action flick. This is some truly groundbreaking stuff. Unfortunately, I simply don’t feel comfortable recommending it due to its extreme violence (and, to a lesser degree, the other content issues I’ve mentioned). As with all things in life, the Lord’s guidance must also be applied to our entertainment choices in order to prevent any possible damage to our walk with Christ.

Brad Wheeler, The Globe and Mail
…plotless, characterisation-free cinema du Xbox… gory, first-person action film is like a video game in which we leap, climb, kill and find ourselves bored silly… [2/5]

Jordan Hoffman, The Guardian (UK)
…the latest last word in ADD cinema… there’s nothing beneath “Hardcore’s” frenetic surface but the barest imaginative kernel of a puerile macho fantasy. …Only the tiniest, most basic elements of character, backstory and even narrative are offered on the run in a movie whose 95% frantic-action composition has no need or breathing space for more.

Dennis Harvey, Variety
…bursting with sick humor and splatterpunk violence… A rampaging rock'n'rollercoater ride that proves to be smarter and funnier than its pulpy premise. …

Dave White, The Wrap
…A shooter’s guide to nonstop mayhem… You just sit there, agape and aghast… It does get to be boring, but in the high-tech, cutting-edge mode of first-person-shooter videogames that dazzle your eyes, spark your synapses and numb your brain. …

Joe Morgenstern, The Wall Street Journal
…not worth point of viewing… Stupid as a bag of hammers and twice as loud… You could go see “Hardcore Henry”—or you could gulp down a pint of vodka, load in “Grand Theft Auto,” then strap the TV to your face and throw yourself down the stairs. It’s the same experience, except my way saves you $15 and some pain. …