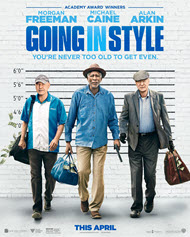 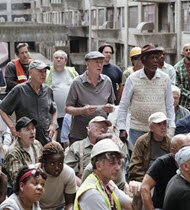 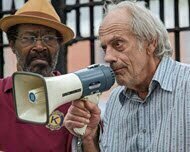 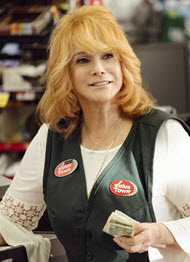 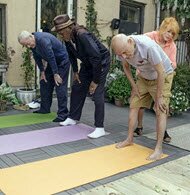 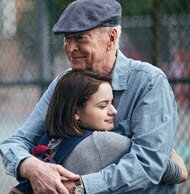 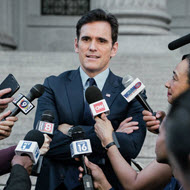 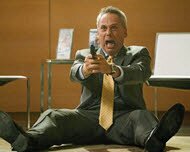 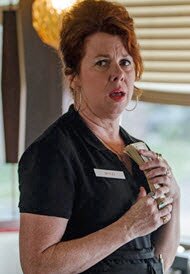 donation of organs to help those in grave need

How should one deal righteously with unfair treatment?

About goodness and righteousness

In the real world, SIN has consequences—whether you get caught or not. God sees all. See: justice of God and the final judgment.

ORIGIN OF BAD—Why do bad things happen in this world? Answer

lust, fornication and adultery in the Bible

Based on the 1979 film of the same name, “Going in Style” is the story of three elderly men who decide to step off the straight and narrow for just one day to rob a bank.

Joe, Albert, and Willie have given their lives to the Wechsler Steel Company in New York City and live in a great life of retirement… until the company is no more and neither are their pensions. Now, these three are living in a world of financial uncertainty.

Willie (Morgan Freeman), who is getting kidney dialysis treatments, hopes to see his daughter and granddaughter again, who live a great distance away. Albert (Alan Arkin) just lives on, waiting for the day he will die, and after Joe (Michael Caine) witnesses a bank robbery, they all decide to team up and rob the same bank, so their retirement can be permanent.

The three plan to steal only what their pensions would have paid out. So, to them, it is not really stealing so much as reclaiming what was rightfully theirs and stolen from them. They are not committing a crime so much as righting an injustice by wearing Rat Pack masks (Dean Martin, Frank Sinatra, and Sammy Davis Jr.), carrying guns (loaded with blanks) and robbing a bank.

This film is funny, really funny, because of the chemistry these three actors have working together. After all, it’s Michael Caine, Morgan Freeman, and Alan Arkin; they are so much fun to watch.

The music is also great in each scene, apart from one or two instances. In a scene where they practice robbing a convenience store, the music lends a quirky feel to the scene, but it fails on a specific part, for me, where they should have edited the music out for the punchline. It actually kind of ruined the punchline, for me, because it felt like the editor didn’t realize how funny the punchline was.

I did find it odd that a small convenience store had such a complex security system, even having three security officers, considering it was a corner store, but it still made for the funniest scene in the movie. Sure, it is New York City, but, still, I doubt that even Detroit’s corner stores have three concurrent security guards.

Revenge and theft are central parts of this film. The three claim that they are doing the right thing by taking from this bank which has been stealing from them. Much deception and many lies are used in creating an alibi for their crime. When asked by the police to identify the thieves, a little girl lies to the police to protect the “nice man.”

After the first robbery, one of the bank managers wets his pants, to which Joe replies, “there’s a pill for that.” We also see the three standing at urinals talking with their backs turned to the cameras.

A waitress hits on a married FBI agent. The three men are watching ABC’s “The Bachelorette,” and a woman on the show is wearing a dress with a very low neckline. Joe calls one of the contestants a “man whore,” and then goes on to remind his fellows that “she’s kissed ‘em all… with her tongue!” Willie replies by calling her a “walking venereal disease.”

Annie (Ann-Margret) tries to get Albert (Arkin) to get in a relationship with her. When talking about chicken, she suggestively asks him, “Breasts are much better than thighs, don’t you think?” He eventually gives in, and they are later seen in bed together. He also jokes later about how many times they have sex a day. Several other innuendos are sprinkled throughout the second half of the movie. ***SPOILER*** They do end up marrying each other in the end. ***END SPOILER***

The sin of fornication

PURITY—The importance of saving sex for marriage, even if you’re older

Violent content: No one is shot in this movie, but guns are fired. The movie opens with a scene in which Joe witnesses a bank robbery. The robbers fire their machine guns in the air. Joe, Albert, and Willie later imitate the robbers, except this time their guns are loaded with blanks, because Joe does not want to hurt anyone.

Beer and wine are frequently used, and the characters are seen drunk. Brooklyn’s father sells marijuana. Joe and Willie (Caine and Freeman) smoke it and are seen high later. Albert jokes to Christopher Lloyd’s character that they were giving out cocaine to children.

When I first saw the trailer for this film, I thought I might enjoy it, and I did… until the third act. This film is about three old guys robbing a bank; it is a hilarious idea, and stars legends in acting. But after the third act began, it felt like the entire theater fell silent. I cannot remember hearing any laughter near the end of the film, even when some very funny stuff happened. I think for everyone else, the film suddenly became a drama, as opposed to a comedy, and they did not really care about the ending. Like watching many Adam Sandler movies, nobody really cared.

***SPOILER*** The fact that they get away with their theft in the end is what irritated me the most. If it were my movie, I would have had them arrested in the end, and maybe they would learn their lesson in the end, but it still could have had comedy, while they were in prison complaining about the food or something. However, this film does the complete opposite, sending the message that you can rob a bank and get away with it without guilt or consequences, especially if it is for a worthy cause. ***END SPOILER***

“Going in Style” starts out funny, but ends in a disappointing fashion, basing its views on the assumption that the end justifies the means, instead of the truth that sin has consequences.