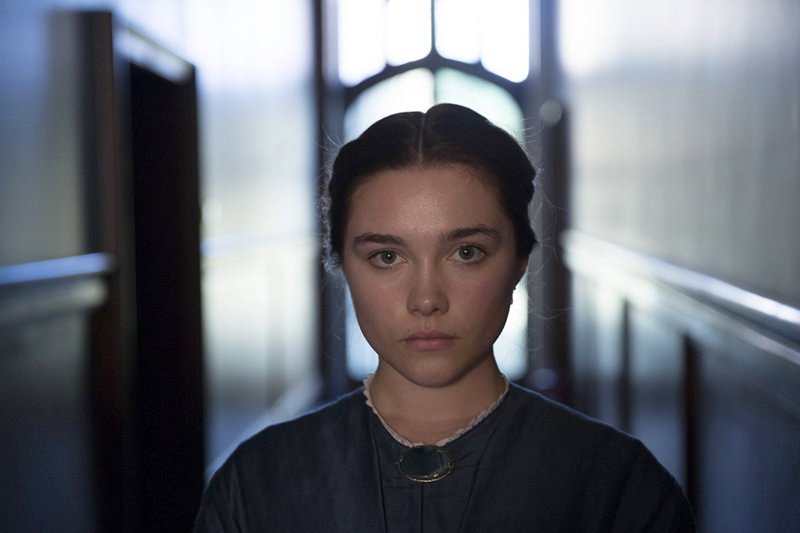 for some disturbing violence, strong sexuality/nudity, and language. 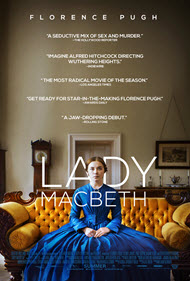 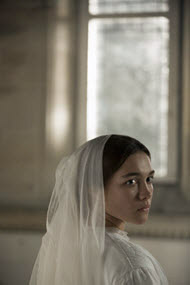 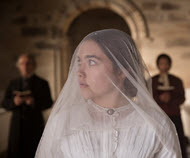 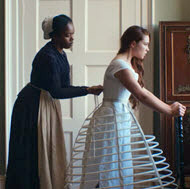 Arranged marriage— arranged by sinful people for the wrong reasons

Young woman forced to marry a man twice her age

Women being treated as little moremore than chattel

Conflict between father-in-law and daughter-in-law 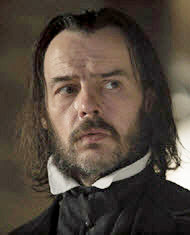 About adultery in the Bible

Stopping at NOTHING to get what she wants / Ruthless ambition

Cruelty —compare to love and mercy 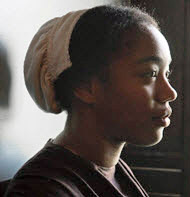 Evil and the fall of man

Compare to goodness, purity and righteousness

Earthly unpunished evil and the final judgment of God 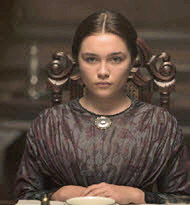 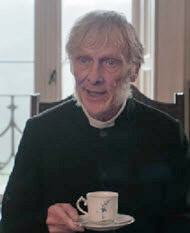 “Can a man scoop a flame into his lap and not have his clothes catch on fire? Can he walk on hot coals and not blister his feet?
So it is with a man who sleeps with another man’s wife. He who embraces her will not go unpunished.” —Proverbs 6:27-29

“Temptation comes from our own desires, which entice us and drag us away.
These desires give birth to sinful actions.
And when sin is allowed to grow, it gives birth to death.” —James 1:14-15

I can’t remember seeing a movie that so jarringly displays the way sin can take root in someone’s life and spiral that life out of control, quite like it is displayed in “Lady Macbeth.” A good portion of the Book of Proverbs speaks to people from the voice of Wisdom, and warns readers of how dangerous and deadly the path of sin, especially adultery, can be. As I watched this movie, I couldn’t help but think of how accurate a portrayal it was of the effects of sin, especially for a secular film.

As “Lady Macbeth” opens, we meet Katherine (Florence Pugh), a young bride on her wedding day/night. The year is 1865, and the wedding was arranged by the groom’s father-in-law as part of a land deal, but we quickly learn that the groom is far less interested in the marriage than he is in the land deal.

On their wedding night, her new husband asks Katherine to stand away from the bed, turn toward the wall, and disrobe. She obliges her husband, who being displeased with what he sees, turns the lights off and gets into bed without her. Katherine is left standing in the dark, unsure of what to do and feeling embarrassed and hurt. Perhaps her husband simply views her as another piece of property to be owned, because she isn’t allowed to go outside, must stay indoors with her prayer book, and must answer to her husband and father-in-law at the drop of a hat.

While hosting a party one night, a tired Katherine excuses herself and leaves her husband with the group of male guests. Her father-in-law meets her in the hallway, commanding Katherine to stay awake in the bedroom until her husband joins her, and assigning the servant girl the task of making sure she doesn’t fall asleep. Once the husband does eventually stumble up to the bedroom, he orders Katherine to again face the wall and disrobe. He then proceeds to pleasure himself and goes to bed without her.

Katherine’s husband and father-in-law are both called away on separate trips, leaving Katherine in charge of the estate. Of course, she is told to stay inside and catch up on her praying, but Katherine takes the first opportunity she gets to spend the day in the fresh air.

She grew up outdoors, and we can instantly see a change in her countenance once released from the confines of the house. She then happens upon an incident involving the servant girl and a group of young men her husband has hired to work the property. After scolding the men and threatening greater punishment, one of the men, Sebastian (Cosmo Jarvis), develops an interest in his master’s wife. He sneaks into the house one evening and forces his way into Katherine’s bedroom.

Katherine forcefully resists him to the point where it seems as if Sebastian might be determined to rape her, but Katherine then becomes the aggressor, and they quickly end up in bed. The affair continues, although not nearly as secretively as the two might think.

As word of the illicit romance spreads, Katherine and Sebastian must decide how far they are willing to go to keep from having to suffer the consequences of their actions.

Lady Macbeth is rated “R” for “some disturbing violence, strong sexuality/nudity, and language.” The violence is pretty heavy, as we see some rather graphic beatings take place and a horse is shot. The most disturbing bit of violence, however, involves someone being smothered to death. I won’t get into the specifics of the scene, as it reveals major plot points, but it is a shocking, and rather horrifying, and something viewers won’t likely be able to shake for a while.

The language is strong, briefly, with a few f-words. The sexual content is extreme, as we see rear female nudity multiple times, bare breasts briefly, and strong simulated sex scenes. The most graphic scene is one we hear and don’t see, though, in the aforementioned one involving Katherine’s husband pleasuring himself while she stands facing the wall. We hear him engage in this activity, and hear his reactions to it, and it is quite explicit.

Thankfully, children and teenagers will likely have little interest in seeing this movie, but if they do, parents would be very wise to keep them far away from this one.

If you ever watched the TV series “Breaking Bad,” you are familiar with Walter White. White is a high-school teacher who finds out he has cancer, and, in an attempt to put away some money for his family, in case the cancer beats him, begins cooking meth. He starts out with rather innocent, if not extremely misdirected, intentions. But as he continues to make bad decision after bad decision, his choices become fueled by more selfish motives and by self preservation. The consequences get much more severe, and the damage becomes increasingly worse to those around him. At first, he has things under control, but it doesn’t take long before everything takes on a life of its own and spirals out of his control.

It takes five seasons for us witness Walt’s descent into darkness, but it only takes an hour and twenty-nine minutes to witness Katherine’s, and it is every bit as believable. We view her sympathetically at first, and while we don’t ever condone her behavior, we can certainly understand it. She is a young woman physically and emotionally ignored and mistreated by her husband and is forced to spend every day alone, trapped in a silent, stuffy house. When presented with the attention of a passionate young man with no regard for rules, she responds to it with lustful, raw force.

But, as her feelings for him grow stronger, our feelings of horror grow, watching the lengths she will go in an attempt to preserve this relationship and the new-found power she has acquired. Her actions slowly take her from innocent young bride to blood-thirsty evil queen.

Not a single moment of this movie rings false, and, because the movie is so short, not a single scene is wasted. Florence Pugh is absolutely stunning, and the success of the film is in large part due to her performance. This is her debut as a lead actress in a movie, and yet I can’t think of a more powerful performance by any other actress in quite a while. Much like Jennifer Lawrence proved her acting chops to the indie world in “Winter’s Bone” and received an Oscar nomination before becoming an A-list star, Pugh could easily follow the same path. And as good as Lawrence was in Bone, I dare say Pugh is even better here.

I’m not even sure if it makes sense, but I described watching this movie to a friend as “getting hit by the movie-version of a Mack truck.” It is is mesmerizing to see lust take hold of the lead characters, and watch that sin begin to permeate into every other area of their lives until they are committing unspeakable acts. It’s like a car accident you can’t help but watch.

About Nikolai Leskov, the author of the novella Lady Macbeth of the Mtsensk District on which this film is based
■ D.S. Mirsky pointed out, Leskov's “Christianity” was “anti-clerical, undenominational and purely ethical”—not based on the Gospel; he simply admired humility and charity.
■ “Spiritual pride, self-conscious righteousness is for Leskov the greatest of crimes. Active charity is for him the principal virtue, and he attaches very little value to moral purity, still less to physical purity…”
■ Leskov's ancestors on his father’s side were all clergymen
■ Nikolai, himself, does not appear to have been a true follower of Christ.
■ A number of his later works were banned because of their satirical treatment of the Russian Orthodox Church and its functionaries.
■ His mother Maria was the daughter of an impoverished Moscow nobleman, who first met her future husband at a very young age, when he worked as a tutor in their house.
■ Leskov’s own marriage was a very unhappy one and his wife suffered from severe psychological problems. After he committed her to a mental hospital, he took a common-law wife.
■ Some of his stories, Christian on the face of it, were, according to critic E. Viduetskaya, “pagan in spirit.”

The Bible talks so much about guarding our hearts and minds and how even the smallest sin can take root and turn into something with incredibly destructive power, and this movie finds a way to demonstrate that with a force I wasn’t expecting. There are some good moral lessons to be found in “Lady Macbeth,” but its extreme sex and nudity, violence and profanity, we cannot recommend this film.

Movie Critics
…turns the genteel period costume drama on its head… penetrating the pretty exteriors that conceal wild and dangerous emotions… a fascinating portrait of empowerment gone awry.
Calvin Wilson, St. Louis Post-Dispatch
…“Lady Macbeth” quickly turns its feminist heroine into something far more disturbing.…
David Edelstein, Vulture
…She is the epitome of looking like the innocent flower but being the serpent underneath. …
Filly on Film
…Ultimately, LADY MACBETH is a subtle yet overt feminist attack condemning what it sees as the stifling patriarchy of Victorian society, which, the movie suggests, drives the title character to lust, murder and betrayal. …the filmmakers have inserted some modern Marxist-Feminist political ideology…
Ted Baehr, Movieguide
…a harsh story lacking the benefit of suspense… [2½/4]
Kate Taylor, The Globe and Mail
…Part of this movie’s ticklish nastiness is that at first it isn’t at all clear whether the title character will be the master of doom or its helpmate. …
Manohla Dargis, The New York Times
…[Director] Oldroyd never allows us to look away from the horror, focusing, in long, intense shots, on the faces of his characters as they suffer…
Maia Silber, Washington Post
…slowly reveals a violent moral ambiguity that needles the mind far longer than its polite period-piece trappings suggest…
Guy Lodge, Variety
…Though filled with compassion for its heroine, the film is nonetheless deeply macabre, methodically building up to every menacing story twist and yet managing to make each land like a gut-punch .…
David Sims, The Atlantic
…In one particularly alarming scene, Katherine looks on while Boris forces Anna [the black housemaid] to crawl on her knees “like an animal”, just one of a number of feral transmutations that find characters likened to tethered dogs, hung up like sows, sleeping in barns or brushed and tressed like horses. …
Mark Kermode, The Observer